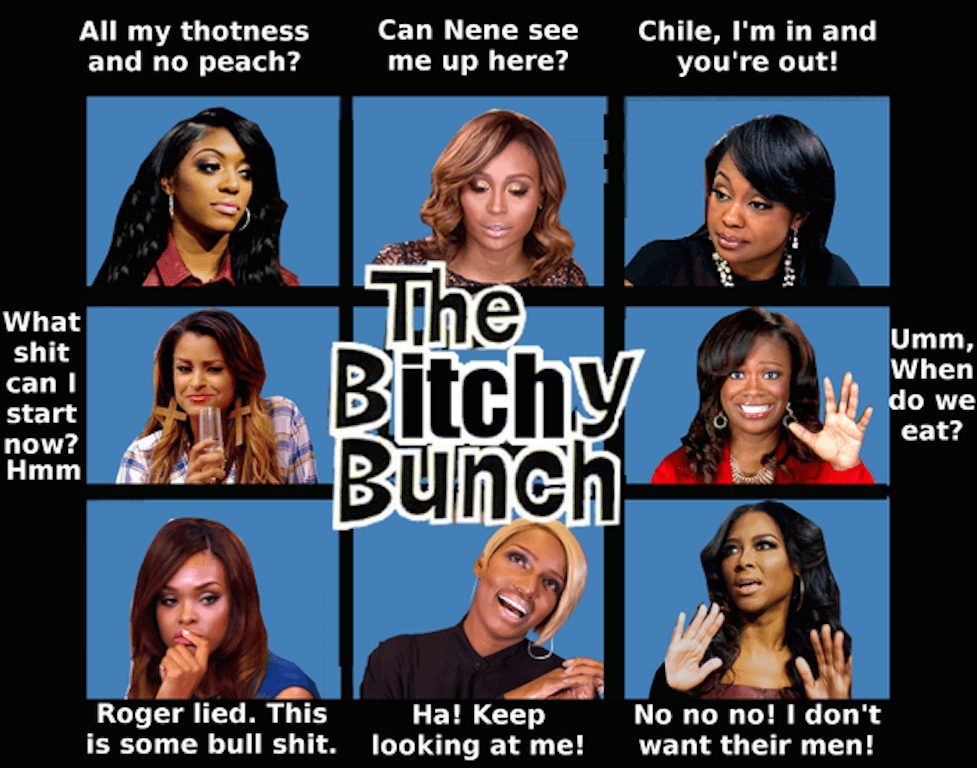 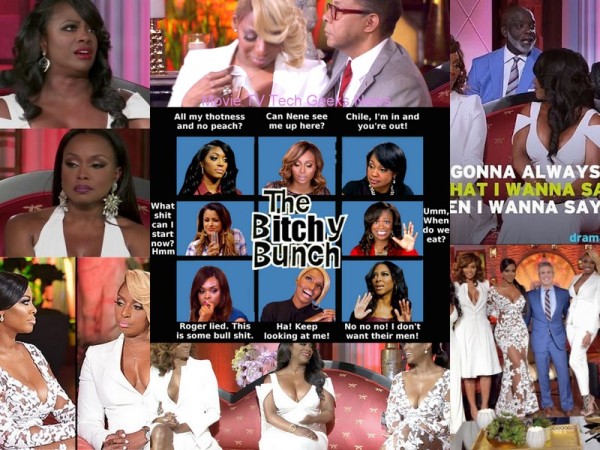 You know how last week I said there really wasn’t any drama on the first part of the reunion for Real Housewives of Atlanta? Well, honey chile let me tell you something… that AIN’T the case this week. These chicks were all the way live during part two of three reunion. 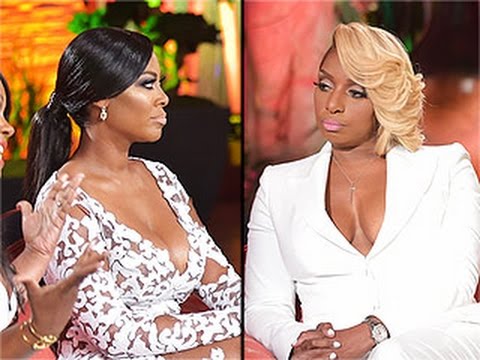 It opens up with Messy Andy asking about the $20,000 NeNe and Kenya agreed to each give to the Detroit school system. In the rewind clip, we see that NeNe Leakes brings it up and “challenges” Kenya Moore to do the same. Well, apparently she gave her $20,000 but NeNe did not which just… just speaks to her character. I don’t understand why and this is a point that Kenya brought up when she confronted her. NeNe Leaks claim to have all this money (she just bought a ginormous house) and to be doing this and that, but when asked if she gave the check she says (unapologetically) “no” and then says “when I’m ready” when Andy asked her when will she be giving it. This woman is a total joke. I don’t care how much you make and how many jobs you have, if you can’t keep your word and especially for such a worthy charity, you are a fraud. Point blank. 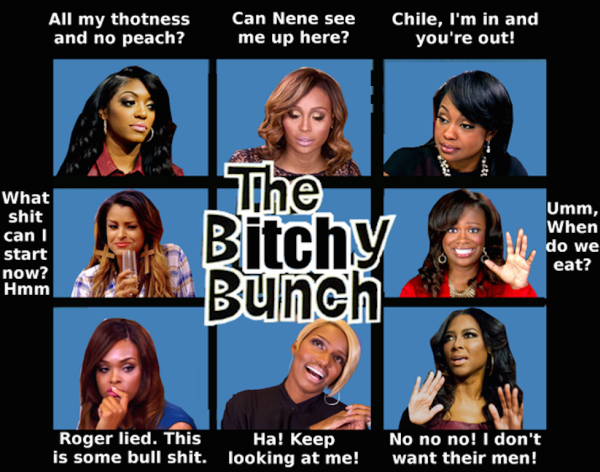 Then there is Cynthia Bailey and Phaedra Parks and they go back in forth like “Wow.” They talk about each other, what they have and what they don’t have. It really boils over when Cynthia bringing up the whole “Mr. Chocolate” is mentioned. Cynthia says that she apologized and Phaedra didn’t accept it. She said she didn’t because she didn’t believe that it was real. Their going back and forth is juicy because they really hit below the belt. It was catty, and petty and everything you would expect from this group. But when Cynthia uses that great line, “Win a case,” I couldn’t help but laugh. 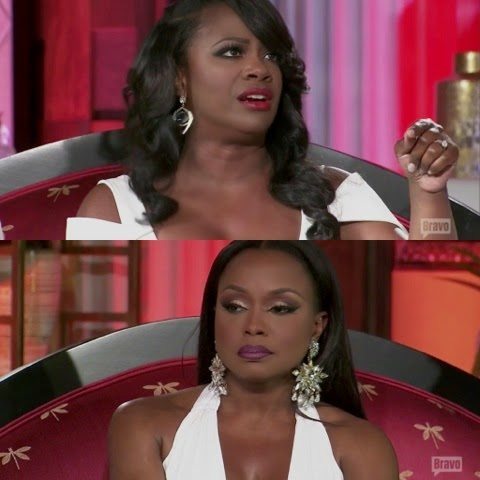 Then there’s Phaedra and Kandi Burruss and they keep bringing up how Kandi wasn’t there which seems to still be a big issue in their friendship. Kandi goes off pretty much and rightfully so. Phaedra is a bougie, drama queen and makes it seems like everyone has to bend to her whims. I mean come on Phaedra, you are not the only one going through shit and once more, you can’t expect people to feel sorry for you because you knew who your husband was when you got married. So you want people to be there for you, be there for them. At the end of their “segment”, Phaedra says that it is all good, “I love her.” 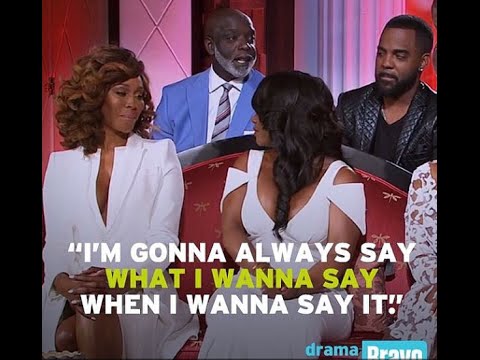 Then they bring the husbands on the show and it gets really good. First of all Peter is a trip and he does not care what you think. He cusses up a storm and Cynthia had to tell him to chill out. When asked why he butts into the women’s business, he says “I don’t give a fuck about what people say.” Then Andy asks Greg how he feels about what Peter said about NeNe and his response was cool and collected. “I’m a man’s man, I don’t get involved in women’s stuff.” He then goes on to praise his wife and he was just so smooth with it. I may not care too much for his significant other but from what he seems to be about, he is alright with me. There was one thing in particular he said that really shows his love for her.

“My wife is a strong woman. You pitching a ball she’s gonna knock it out the park, She ain’t gonna do a single or a double or a triple, she’s going to hit a homerun every time.”

Andy brings up the whole African prince storyline that has been a running theme throughout a few seasons of the show. Of course all fingers point at Phaedra who vehemently denies the Mr. Chocolate rumors and in fact says that she still loves Apollo and has never done anything to comprise her marriage. Andy asks Peter about the situation because he saw the “text messages” to prove it. He says that whether or not it was true wasn’t the issue for him, he just didn’t want Apollo to do anything stupid. 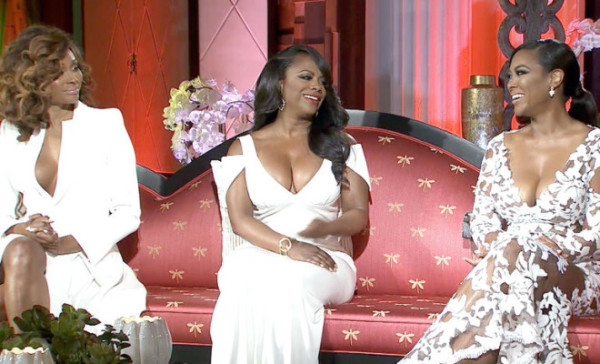 Kenya Moore and Phaedra’s issues have come back up (or maybe they never really left… yea that’s probably it). Kenya calls her out about being liar and all these other things and they argue about who’s booty is real and who’s boobs are fake,  you know… the usual.

The most exciting part of the evening though came when Kenya and NeNe started to go back and forth with each other. This all happens when Andy asked about flirting (apparently Kenya was doing a lot of that with Apollo). Kenya says that everyone flirts with everyone, “NeNe flirts with Peter.” NeNe objects loudly and looks like it is taking everything in her to not get off that couch and throw some blows. Greg eventually calms her down and said sweetly as he pulled her back, “She’s my prize.” 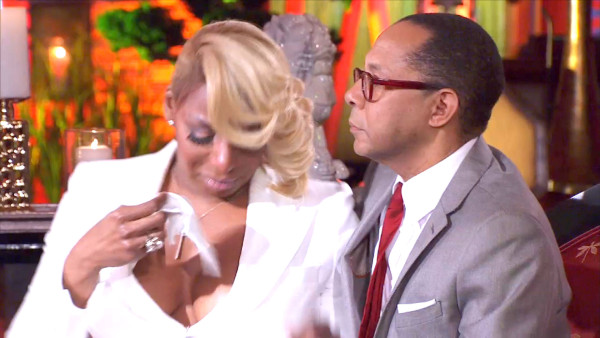 Part three is next week and from what it looks like, emotions will be high and someone is going to walk out. Of course, we know it’s gonna be Ms. NeNe Leakes…