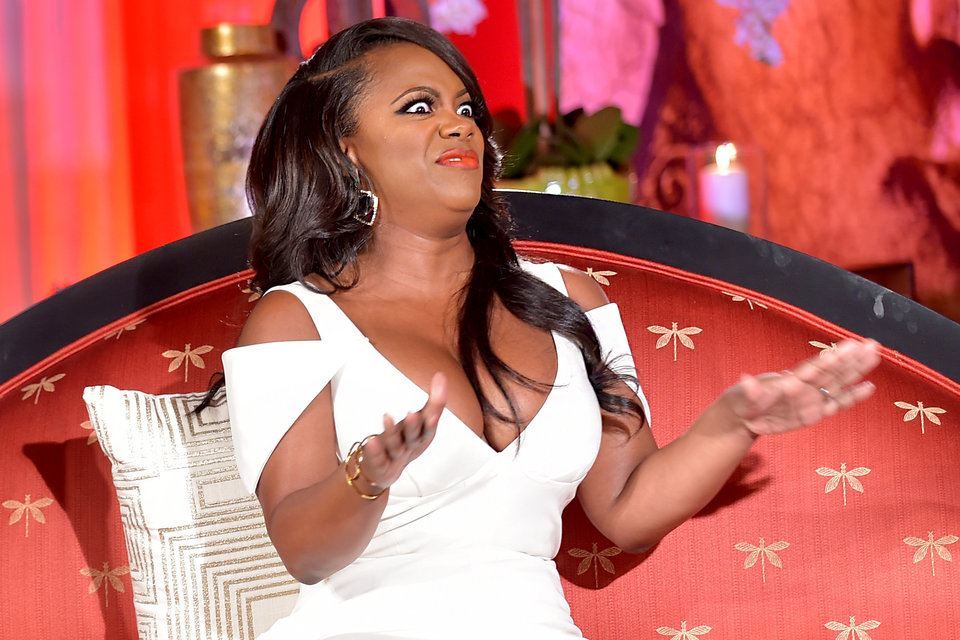 You can always count on the ladies of the Real Housewives of Atlanta to give you drama, sass and rachtetedness. Such was the case during the reunion episode Sunday where Nene Leakes has truly honed her passive aggressive skills.

They dressed in all white (heavenly) and the queen of Thotlandia’s (Porsha) THOTness was on overdrive. It was interesting too because she and Kenya had on very similar dresses. They were both see through, cut outs but I really liked Kenya’s more. 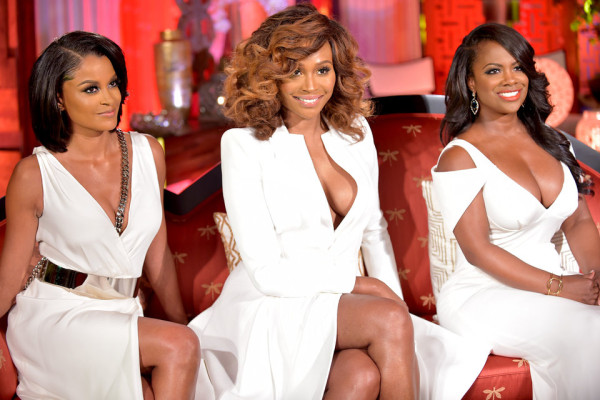 Anyway, Andy Cohen MC’d the panel and addressed all the women in his introduction. Afterward, he started with NeNe and her stint on Broadway in Cinderella. He asked her who called her on opening day and she said only Phaedra did although Claudia did email her. He asked Claudia why she brought up NeNe leaving the therapy session and Claudia said because she has to take her chances when she can because she doesn’t really see her. 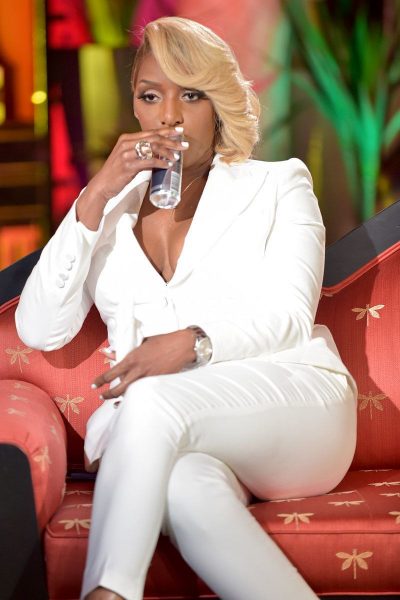 For the record, NeNe is super annoying here because she keeps saying, “I’m the problem, everyone else is right and I am wrong.” She continues to say this the whole time, which comes off exactly the way she says she is not. But it is clear that she does not care. She rolls her eyes to what the other ladies have to say and even to tweet questions from “fans” that they read on the show. 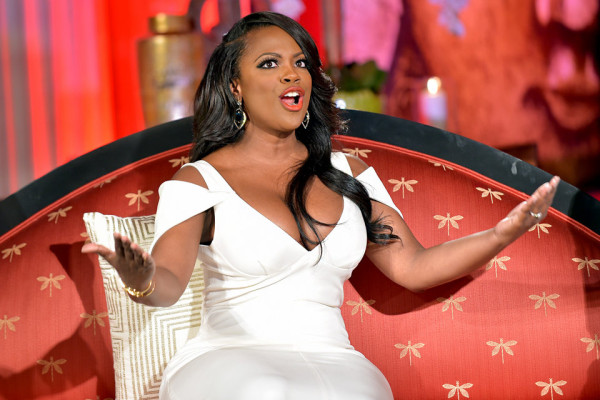 Andy brings up a tweet NeNe made that said “this girl is such a hater” and asked who she was referring to. She was talking about Kandi, which of course prompted Kandi to interject how she feels. “I don’t hate you, I hate your superior complex.” This is so true because there is definitely an air of cockiness about her that is so superior. I mean she sits there looking like, “I’m just here because my contract says I have to be.” 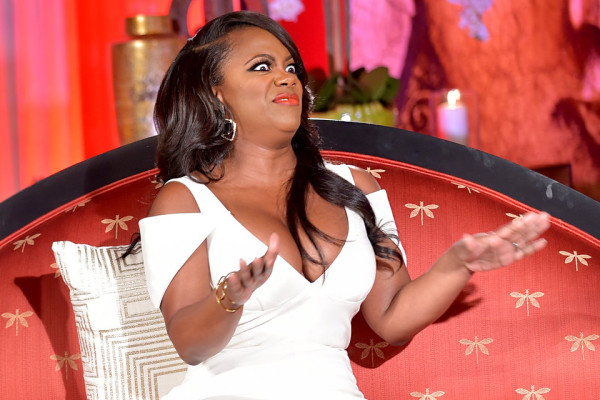 They talk about Kandi and Phaedra’s “rift” and NeNe says that she didn’t say anything to her about her and Kandi’s relationship. They argue about that and Cynthia Bailey chimes in to give her two cents about NeNe.

We then see Phaedra Parks’s plot line with Apollo and Andy asked her if she has taken the kids to see him and she said no. She gave some excuses as to why and then started crying when asked if she has gotten a divorce, to which she shocked everyone by saying she has not. She says that at the end of the day, when her kids are able to go back and see the footage from the show, she wants them to know that their mother was not doing anything out of spite. Then, he asks her if Apollo ever got physical with. After a very long pause she tells Andy Cohen, “I just don’t know if I need to disgust that with you right now.” It amazes me that even after how they portrayed her situation with Apollo as going down, it still seems like she is protecting him.  She is always such a southern belle in how she responds to everything from people to twitter questions. 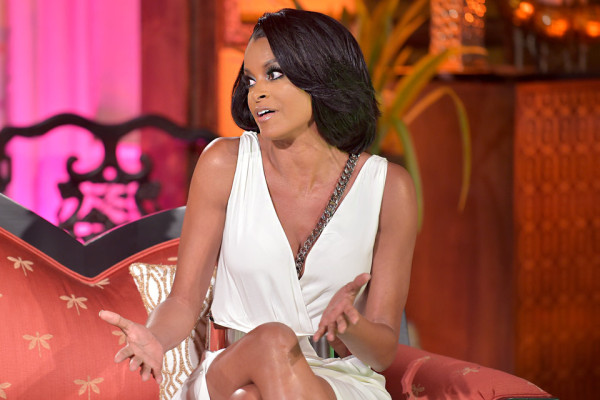 Then there is Claudia and Porsha. We see Claudia’s reel and Porsha is now on the stage going in on Claudia Jordan. Claudia does not back down when Porsha tries to make it seem like she is lying about the things she has said .It’s funny too because Porsha really tries to make herself out to be a virtuous here by saying “these legs are closed to married men.”

When Porsha Stewart mentions something about slander, Cynthia asks her why she was going around saying that her husband is a “man whore” then. Porsha stutters as Claudia keeps throwing shade at her. You can really feel the Team Kenya/Claudia and the Team Phaedra vibe.

Kenya’s time comes and her reel of course focuses around the Apollo accusation and her show “Life Twirls Own.” Andy brings up a whole bunch of stuff including how Porsha didn’t accept Kenya’s apology. Porsha says that she will not apologize and does not accept her apology. Porsha, in response to Kenya bringing up the fact that her grandfather, civil rights activist Hosea Williams, did too much for black people for his offspring to say that she will not accept an apology, brings up the fact that Kenya didn’t have a mother, didn’t grow up with one and therefore doesn’t know how to love or be genuine. That to me is a low blow and unnecessary. 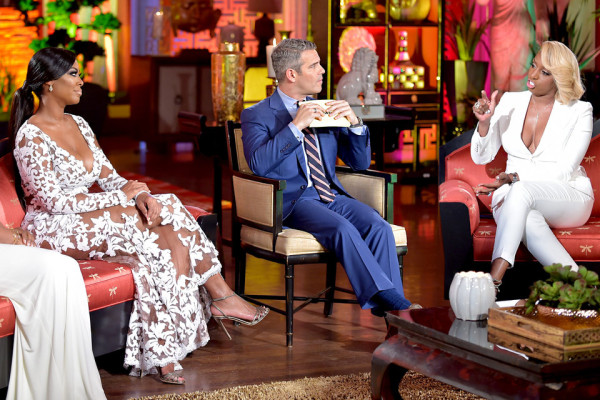 Phaedra then brings up the point that the platform that they have needs to be a reflection of what the struggle in particular what happened on Bloody Sunday 50 years ago.

Kenya then slams Porsha and shuts it down by saying that if she was a whore she would be the best “god damn whore… I’d have a star on the Hollywood Walk of Fame for being a whore… I wouldn’t have one Bentley, I’d have a fleet of Bentleys.” Well damn Miss America.

She ends the episode, which was pretty mellow to me. We get a peek into next week and it doesn’t look like the moment Kenya Moore and Phaedra Parks shared during the last few episodes lasted. But we will see next week. Check out the sneak peek video below of The Real Housewives of Atlanta Reunion Part 2 where NeNe leakes loses her passive and jumps into aggressive mode on Kenya Moore.