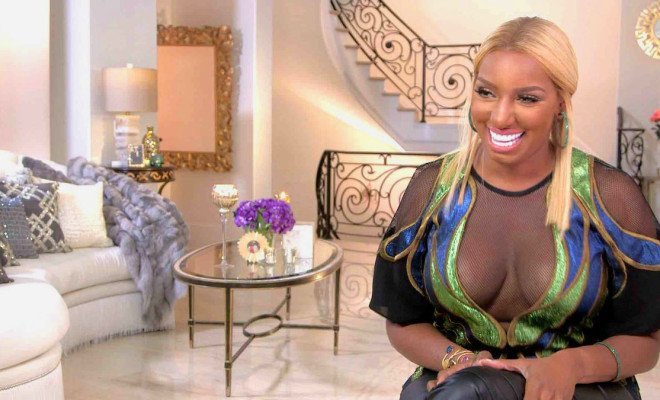 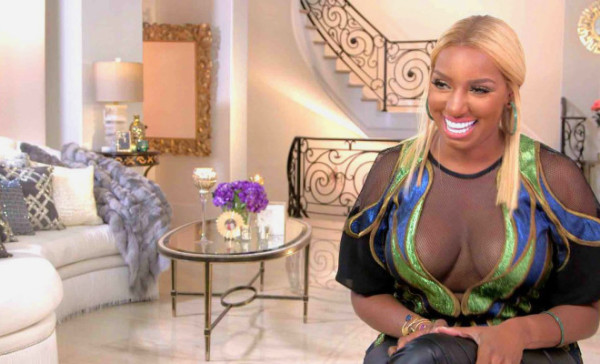 NeNe Leakes is back in effect on the “Real Housewives of Atlanta.” While her return was short-lived this week, she shakes things up next Sunday for sure.

She and Greg visit Cynthia and Peter for a little reunion of sorts. It is good to see these two getting along again. While they are not buddy, buddy as they were before, both are putting in the effort to rebuild some kind of friendship. NeNe and Peter are even cordial. Cynthia “catches her up to speed” on what’s happening with the girls and NeNe is surprised to hear that Kenya and the former supermodel are now close friends. But rest assured that Cynthia informs her no one could ever take her place. Awwww.

Phaedra plans a trip to Washington DC during the 20th anniversary of the Million Man March. It’s imperative to her that her boys experience positive influences and know what it truly means to be a black man in America. Before she leaves for the nation’s capital, she gets a phone call from Apollo and little Ayden loves the fact he gets to speak to his father. His face lights up when he hears his voice and truth be told, so does Phaedra’s.

She makes her way to DC along with Sheree and Kim, who bring their sons as well. They are more than happy to participate because, as mothers of black men, they know the importance of these kinds of events. Porsha also tags along, and I am sure that it has something to do with finding a man. Which hell, if you are going to look for one, what better place than at a million-man march.

When the ladies arrive, they are excited and look forward to the trip’s festivities, but one mom, in particular, isn’t having the best time. Can you guess which one? Kim Fields gets there late; she takes her time and overall doesn’t believe that the content of the meetings and other planned activities are good for young people. Or at least, aren’t appropriate for her oldest son. During one scene, in particular, Congresswoman Wilson speaks to the ladies and others about how much black boys are hated in America. While Phaedra and Sheree nod in agreement, Kim is appalled and pulls her sons out of the sit down to explain away what the congresswoman says. Since Kim and her husband choose not to speak to their kids about those kinds of realities, she doesn’t like anyone else doing so either. By lunchtime, she uses Quincy’s crying as an excuse to skip out on the luncheon. Sheree, who thinks it rude of Kim to leave and not come back, goes to the bus and expresses that to her, but the former child believes she has every right to tend to her kids away from the rest of the group.

The next day (the actual day of the march) Kim Fields ends up leaving early because she has to host an event in Atlanta. I will admit that in the beginning of this season, she was a breath of fresh air, but now she is becoming just a tad bit annoying.

Back in Atlanta, Cynthia Bailey meets Kenya Moore at “Moore Manor” and her friend tells her about her trip to Detroit. Cynthia is devastated when she hears how Kenya’s mom treated her so much so that she becomes overwhelmed and has to leave.

Later, Kenya’s aunt Lori and cousin Che pop up at her house, and they have a heated discussion about what happened in D-Town. Lori never wanted to be put in the middle of things between her niece and her sister and during the reunion that’s what happened. She tells Kenya that she had no right to show up at her mother’s house unannounced. Kenya, on the other hand, feels she has every right to because it’s her mother. This situation is sad because at the heart of it is a woman in her 40’s who never got over the fact her mother abandoned her. They go back and forth and ultimately come to the resolution that Kenya’s mom is out of the picture, and she has to move on with that.

Kandi Burruss and Todd give more thought to their family restaurant idea, and Todd is ready to present it to her aunts and mother, whom he wants to be the face of the operation. Since he plans to use their recipes, he believes it’s a great idea. However, when he and Kandi finally tell her family about it, there are mixed feelings, especially since he suggests naming it Old Lady Gang. One of Kandi’s aunt is not down with that.

This episode was easy on the traditional drama but next week, with NeNe sticking around, it is sure to pick up.