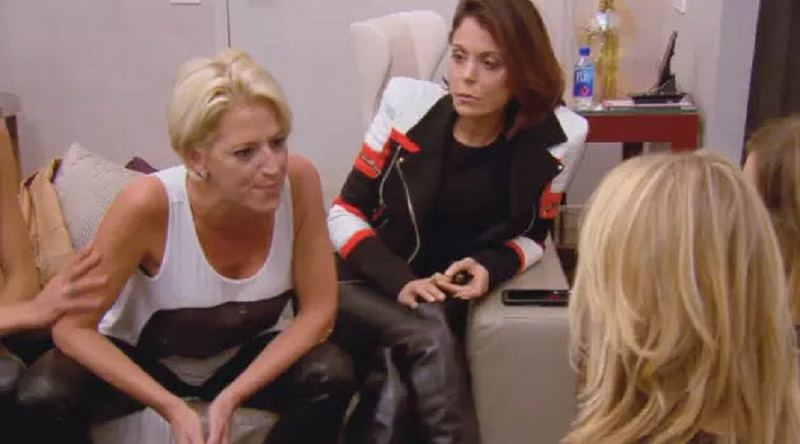 Season 8 of The Real Housewives of New York continued with its second episode this week, “An Intimates Affair.” On it, Bethenny is busy planning a “tailgate-chic” barbecue bash and Ramona reveals a shocking revelation at Dorinda’s lingerie party.

Shortly into the episode, Dorinda is seen meeting up with Bethenny at a jewelry shop. Even though she is notably sick, Dorinda is overjoyed to join Bethenny for some splurging. The duo begins discussing Bethenny’s upcoming birthday party in the Hamptons. Dorinda expresses concern as she was thinking about staying at Ramona’s house. However, she is nervous because her boyfriend John is coming. In the past Ramona has outwardly expressed reservations about John – just like pretty much every single one of the other housewives.

On the other side of town, Lu Ann is seen hanging out at Sonja’s house. The two ladies enjoy a few drinks and talk about some of the other ladies in the group. Lu Ann winds up discussing her tense relationship with Carole. She states that she can never see them being friends again, as last season they got in a big spat over Carole dating her much younger personal chef. Meanwhile, Carole meets up with Bethenny for lunch, where the two ladies are also heard talking about some of the dynamics in the group. Carole tells Bethenny that she isn’t interested in mending things with Lu Ann, especially given the way she has behaved over the summer (which included a whole ton of name-calling over social media).

Bethenny’s birthday arrives, and she receives a call from Ramona. After wishing her happy birthday, Ramona goes on to talk about a concerning conversation one of her friends overheard. Ramona explains that her friend overheard Dorinda’s boyfriend John saying some pretty explicit things to a group of people about being intimate with Dorinda (while she wasn’t there). Bethenny tells Ramona that while it may be hard, she should tell Dorinda what her friend heard so that she can be aware of what John is doing behind her back. In addition, Bethenny also plans on talking to Dorinda about “chilling out” on trying to sell John, as she is constantly trying to justify her relationship with him.

That night, Dorinda’s lingerie party inevitably rolls around, and all of the ladies (minus Lu Ann and Sonja) come together for the small gathering. Here, Carole is introduced to the new cast member, Jules, for the first time. Just like Bethenny did, Carole says in confession that she thinks there may be some underlying issue that is causing Jules to be so skinny. 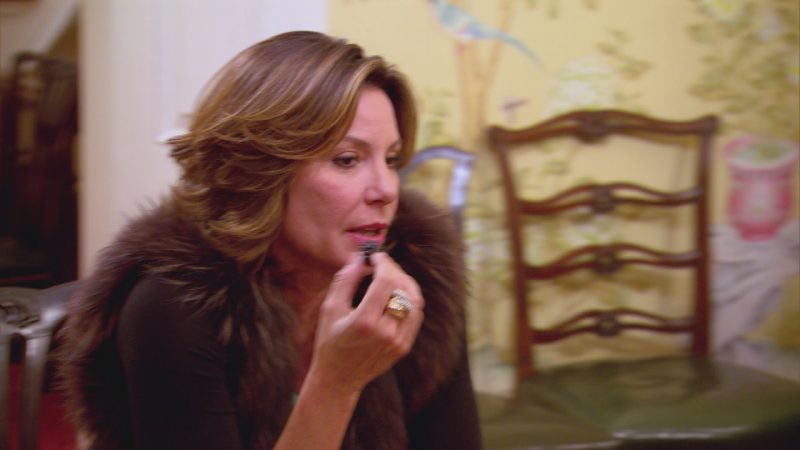 Later on, Ramona tells the ladies that she ran into Lu Ann earlier in the day, and Lu Ann mentioned seeing her on the weekend (assumedly at Bethenny’s birthday party). However, Bethenny says that she didn’t officially invite Lu Ann yet – mostly because of the situation with Carole and also she has been acting “shifty” lately. Ultimately Bethenny caves in and claims she is just gong to bite the bullet and invite her.

The conversation eventually transitions to being all about Dorinda and John’s relationship. Bethenny openly states that there is something “going on” in the way that Dorinda tries to portray her relationship. She goes on to say directly to Dorinda, “you feel the need to sell John to us.” Of course, Dorinda immediately denies everything and gets infuriated that the girls are once again attacking her man.

As the conversation gets heated, Ramona decides to jump right in and reveal what her friend overheard John saying. She explains the explicit statements that John reportedly said, but Dorinda pretty much blocks it out, as she doesn’t believe it is something that would actually come out of his mouth. Dorinda winds up shouting at Ramona and tells her that she should have talked with her separately about the whole situation.

Bethenny then brings up Dorinda’s reckless partying, as she claims that she had to be carried out of her house last time she was over in the Hamptons. However, Dorinda says she remembers the night differently, which prompts Bethenny to quip back that she clearly wouldn’t be able to remember any of it.

In the end, Dorinda announces that she will no longer be staying at Ramona’s house over the weekend. Surprisingly, she seemed to have forgiven Bethenny for the most part, but was definitely is not ready to forgive and/or forget Ramona’s inflammatory story. Funnily enough, even Bethenny is shocked as she straight up tells Dorinda, “ you should be more mad at me than her (Dorinda).”

You can catch more drama from the RHONY when it returns on Bravo next Wednesday, April 20.

The confrontation escalates when John winds up crashing Dorinda’s lingerie party. The ladies then head out to the Hamptons to celebrate Bethenny’s birthday.