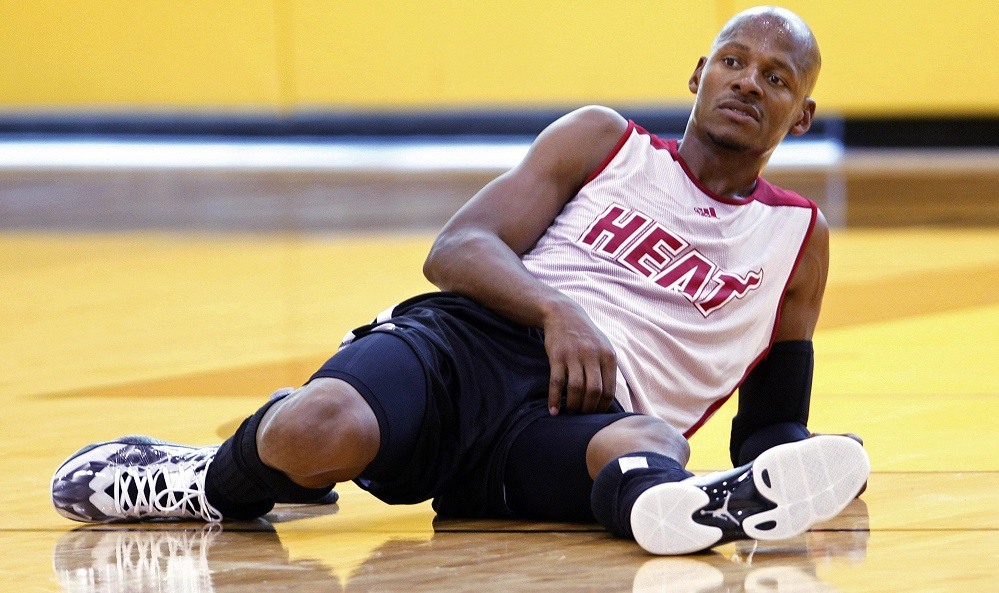 Don’t tell NBA legend Ray Allen that he’s too old to play. At 41, the 10-time NBA All-Star is ready to get back in the game despite not having played since the 2014 NBA Finals with the Miami Heat.

This past week, Allen returned to his NBA workout regimen.

Allen also pointed out that he weighs the same now that he weighed in college. 20 years of professional basketball taught Allen the optimal ways to eat, sleep, and work.

Of course, with 18 years of experience, an NBA championship ring from the Boston Celtics and one from the Miami Heat, and a flawless shooting form, Allen has earned the right to pick his own destination for this season. He has reportedly contacted the NBA champion Cleveland Cavaliers, Golden State Warriors, San Antonio Spurs, and Los Angeles Clippers.

Allen has also reached out to the Boston Celtics, where he won his first NBA championship in 2008, and the Milwaukee Bucks, where he spent the first seven years of his career.

“I would love going back to those places if it worked out,” said Allen on the possibility of a homecoming 13 years after he was traded to the Seattle Supersonics during the 2002-2003 season. “Because both teams are good, too. It doesn’t necessarily have to be championship-or-bust for me to go back to the NBA.”

The Bucks and Celtics won’t be winning Allen any rings this season, but props to Ray for potentially riding into the sunset with the same team he started with.

Around this time last year, I wrote a piece on pretty much the same thing about Ray Allen. He’s talking to a lot of media outlets and letting pretty much any and every team in the NBA know that “I’M AVAILABLE!!!” Yes, that seems dramatic to do the all caps, but there are so many stories out now with Allen claiming one team is about to sign him, and then another one with him mentioning other teams he’d consider.

Heck, even Spike Lee is jumping into the fray with him.

Allen recently told the Hartford Courant that he’s also spoken to the Bucks and Celtics about a possible return:

The Spurs and Clippers have been mentioned, also, but Allen said he has spoken with the Celtics, with whom he won a championship in 2008, and the Bucks, his first NBA stop.

“I would love going back to those places if it worked out,” Allen said, “because both teams are good, too. It doesn’t necessarily have to be championship-or-bust for me to go back to the NBA.

“I want to be in a situation where I thought I could help, play a little bit and help where they have good young talent.”

Sadly, it gets to look a little desperate when you put so many stories out there. It seems easier just to say that you’d consider any NBA teams offers and leave it at that. Otherwise, it takes the luster off of a wonderful athlete.