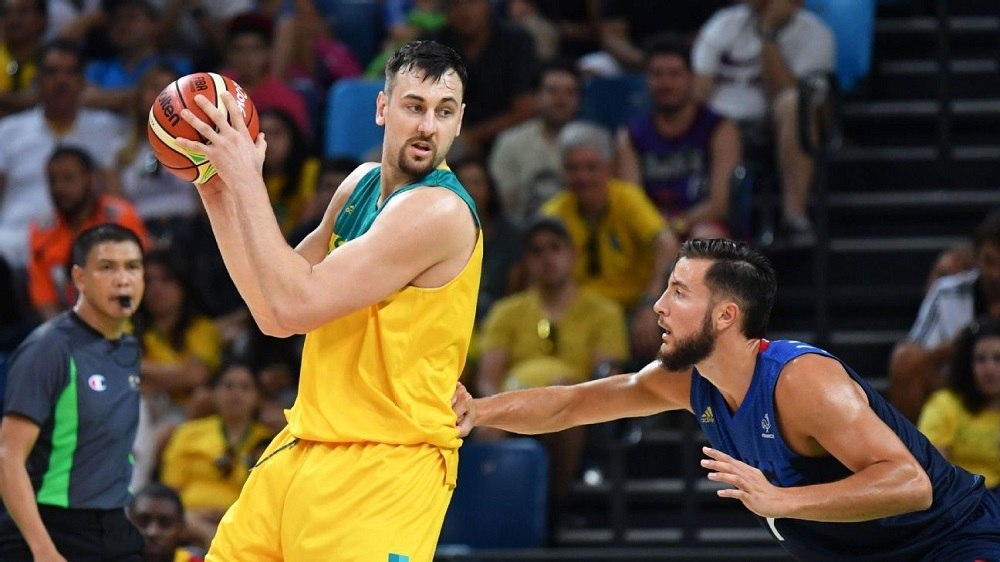 Mark Cuban Not a Fan of NBA Players in the Olympics, Gives Andrew Bogut Permission

Olympics basketball is a hot topic in the NBA every four years. Proponents say that the opportunity to represent one’s country trumps all, and winning a gold medal for Team USA is bigger than any amount of NBA championships. Critics, on the other hand, argue that it is an unnecessary injury risk for players that have millions of dollar in guaranteed money with their respective teams. Thus, these players need to sit at home, as not to risk hurting their team.

The plot thickened a few years back when Indiana Pacers superstar Paul George snapped his leg in a Team USA showcase as the team prepared for the international FIBA tournament. George missed the entire 2014-2015 season as a result.

The potential for injuries like PG’s is one of the main reason why Dallas Mavericks owner Mark Cuban believes NBA players should stay home during the Olympics. And, to be fair, America would still win if we sent college players.

Cuban’s beef with international play, however, didn’t stop him from allowing his newest star, center Andrew Bogut, to represent Australia in Rio. Bogut, who is coming off bone bruises he suffered in the NBA Finals with the Golden State Warriors, needed his new boss to sign off on the Olympics due to the pre-existing injury.

“We obviously were nervous, and I’m still not a fan of NBA players in the Olympics, but Andrew was going to have to go through a process to get back on the court anyways,” said Cuban. “Our staff has communicated with him, and we knew he would be cautious in his approach to returning.”

Bogut promised Cuban and the Mavs staff that he would be careful and sit out should his knee give him any issues. Other than that, he and Cuban have been getting along very well so far.

“I told him to make sure he has his green and gold jersey on watching the game, and he threw a couple of other words I can’t repeat and said let’s go,” said Bogut. “So it’s been a good relationship by email so far.”

Bogut scored 18 in Australia’s 87-66 blowout of France. Unfortunately, he’ll need to do a lot more than that if he wants to push his team past the United States.