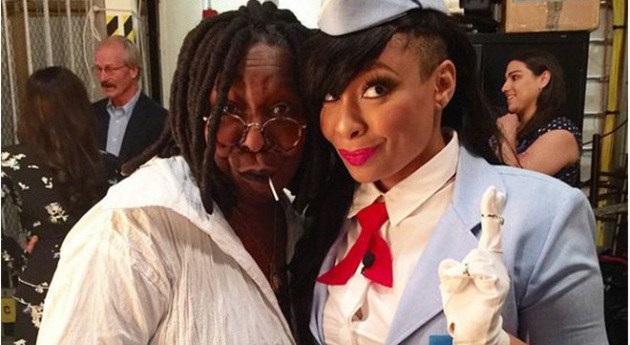 Raven Symoné off ‘The View’? Whoopi to Follow Suit?

We never really know what’s going on behind the scene of TV’s hottest shows. According to numerous sources, the tension we’ve heard about on The View is real, and it looks like two of the hosts are exiting stage right.

It comes as no surprise, well for me anyway, that Raven Symoné is rumored to be out according to a report by The Wrap. I mean, from her offensive ass take on “ghetto names” to her “I’m from every continent in Africa” comment, ABC tried and failed at this bad idea for a co-host.

With Raven’s imminent exit pretty much confirmed as a “go” for the next season, rumors have started to swirl that vet Whoopi Goldberg is next. But her exit looks to be a result of the star’s dissatisfaction with the show as a whole. Apparently, she has “warned” people close to her that she is thinking about leaving the show before the start of the fall season. Her contract is expiring, and her confidants say she’s not resigning.

Maybe it comes down to her wanting to do other things. Maybe she knows the show will never be as good as it once was. Whatever the reason, if she does take a bow, I wonder who ABC will bring in to replace her.

That would leave the show with lightning rod Joy Behar — the only co-host sticking around from the show’s original 1997 lineup — as well as Candace Cameron Bure, Paula Faris and Michelle Collins.

A rep for ABC denied the report Tuesday, calling it “nothing but rumor and speculation from unnamed sources.”

“View” producers are also hoping to keep co-host Cameron Bure, who has complained about commuting from her Los Angeles home for the job.

While weathering frequent cast changes, “The View” has been fighting an uphill ratings battle against copycat rivals like CBS’ “The Talk.”

As my colleague Shanka predicted some time ago (and she always gets her stuff right), don’t be surprised if The View winds up folding into ABC News morning line-up. 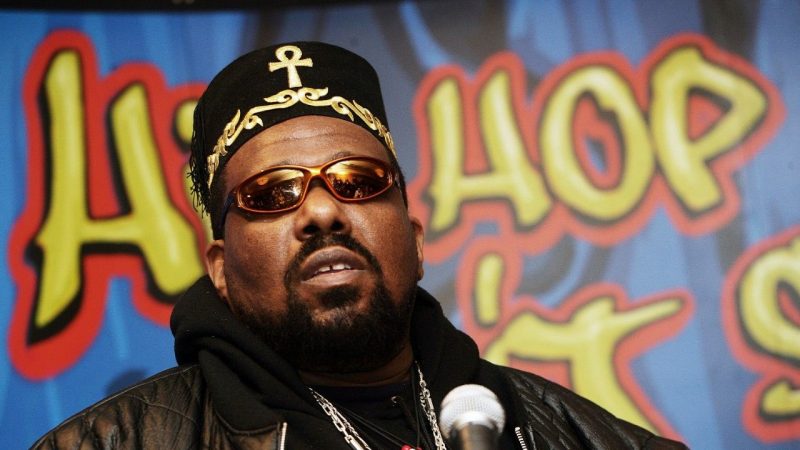 You know how these stories go. The victim accuses the perp and the perp denies it. But what are we to think when someone extremely close to the accused confirms the accusations brought against them?

A former bodyguard for hip-hop artist Afrika Bambaataa, who is currently fighting allegations that he molested boys, says that he has seen him in action. Lord Shariyf claims that Bambaataa has had sexual relations with “hundreds” of underage boys. He told radio host Star,

He goes on to detail his time working for Bambaataa and says that the man always had underage “visitors” coming through his Parkchester residence.

“There’s always a boy in his house. When he leaves and gets home, there’s always a boy there. I’ve seen them camped, asking him for money… He travels with late teens; those are the ones he takes overseas with him. When I went with him on tour in the States, I’d stay in one room, and he would have boys in the room with him.”

The details are definitely shocking, especially since Sharify claims that he was accused of trying to exhort the Zulu nation founder when he went to the organization in 2007 urging leaders to turn Bambaataa into authorities.

“Bambaataa goes around fronting like he’s this holier than thou. He’s a fucking pedophile… This is a well-known fact in the Zulu Nation.” 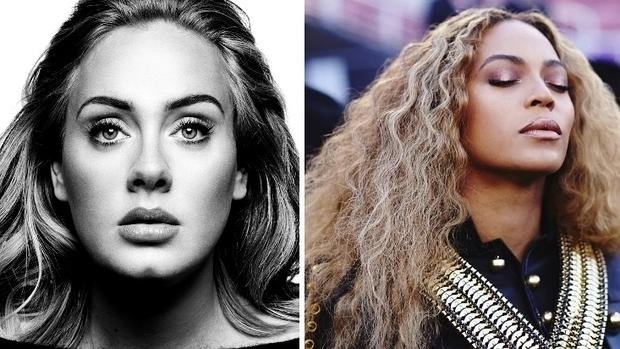 Adele Geeks Out Over Beyoncé’s Lemonade

We all know that stars love stars too. But when you are arguably the best in the game, even other A-listers have to pay their respects.

Adele is a powerhouse singer, but that doesn’t stop her from worshiping at Beyoncé’s feet. She has been quiet on the phenomenon that is Lemonade, but finally broke her silence when she tweeted a picture of her crying while holding an enlarged picture of Beyoncé. She wrote this caption,

“I’m not late on this I’ve just been speechless. Beyoncé is the most inspiring person I’ve ever had the pleasure of worshipping. Her talent, beauty, grace and work ethic are all in a league of their own. I appreciate you so much! Thank God for Beyoncé X.”

Adele’s album was the talk of the town last year when she released her much awaited new project 25. Scoring the hit, “Hello” it soared to the top of the charts. I love this so much because it just goes to show how women can support other women. It’s not about competition all the time. When you really love what you do, it’s about making the best music and owning who you are.