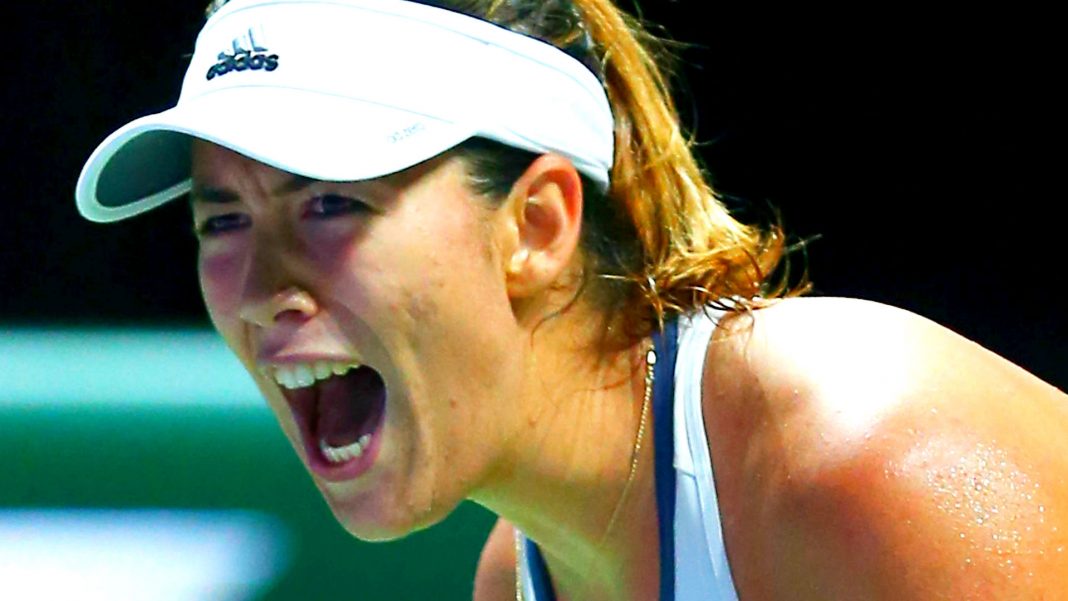 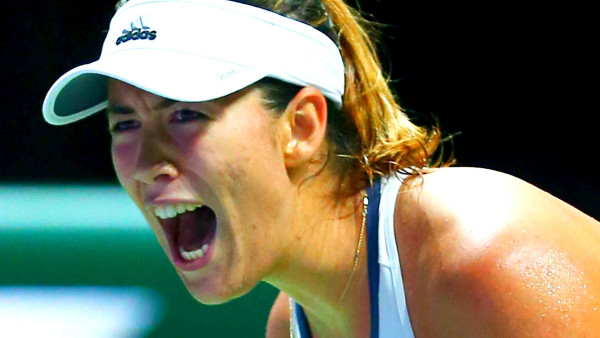 Garbine Muguruza is the latest WTA tennis player to hit the sidelines with what appears to be a minor injury. The Spaniard is the current World No. 3 and she appeared poised to at least make the WTA Brisbane final this week. However, after dropping the first set of her opening match of the tournament to Varvara Lepchenko, Muguruza withdrew from the event – citing a left foot injury.

In pulling out of Brisbane and sidelining herself, the Spaniard joins Simona Halep, Maria Sharapova, and Serena Williams as top-ranked players that are not competing this week because of injury. Williams noted an inflamed knee earlier this week before missing her match at the Hopman Cup. Sharapova mentioned her forearm as she withdrew from Brisbane. Meanwhile, Halep said it was her Achilles that would prevent her from contesting the same tournament.

Petra Kvitova also withdrew from an event in Shenzhen. However, her withdrawal was not due to injury but illness. Furthermore, Lucie Safarova withdrew from WTA Auckland in what could be a re-occurring wrist problem.

With Belinda Bencic losing in Brisbane, Venus Williams losing in Auckland, and Ana Ivanovic losing in the same tournament that leaves only Victoria Azarenka, Carolina Wozniacki, and Agnieszka Radwanska as Australian Open favorites that are still active this week.

On that note, Vika and Aga are looking particularly strong for the upcoming Grand Slam tournament. Furthermore, Roberta Vinci could seize some more limelight as the Italian is into the quarters in Brisbane behind two victories earlier this week.

The barrage of withdrawals is no doubt due to the fact that players on the WTA Tour won’t do anything to jeopardize their availability for a quickly approaching major. The prize money in Melbourne Park is enormous, the publicity is world wide, and swings in points at majors lead to huge swings in the rankings. With less than two weeks to go before a Grand Slam, a little boo-boo is a big one.

No doubt, some of the excuses are legit reasons, but when we’re talking about 60% of the Top Ten being injured or sick in the very first week of the season it doesn’t look good. Keeping in mind that the off-season was just completed, what does it look like when nearly all the top players are injured before they even play a 2016 match?

To me, it looks like consumer advocacy groups need to get involved. You might have got a tournament pass hoping to see Maria Sharapova and Simona Halep play in Brisbane. Instead, you got one ‘Y. Bonaventure’ and one ‘M. Gasparyan’, the two players that replaced the former ones.

Even if all the injuries are real – the WTA (and hopefully not the ATP) will invariably hurt from what has transpired in the last couple of days. Tennis players have a rep, that’s totally unfair, for being wimps because of the non-contact nature of the sport. I’d be the first to rip anyone’s argument to shreds that made this claim. However, it’s discrediting for tennis…..women’s tennis in this case…..to have so many injuries happen in such a concentrated time frame. It looks like WTA players don’t care about Brisbane, Auckland, Shenzhen, or the Hopman Cup (and I don’t blame them for the latter, to be honest).

But Richard Gasquet is the only recent high-ranked men’s player to release recent injury news to my knowledge. It’s news that’s believable if only because he’s not joined by 60% (LOL!) of the current Top Ten.