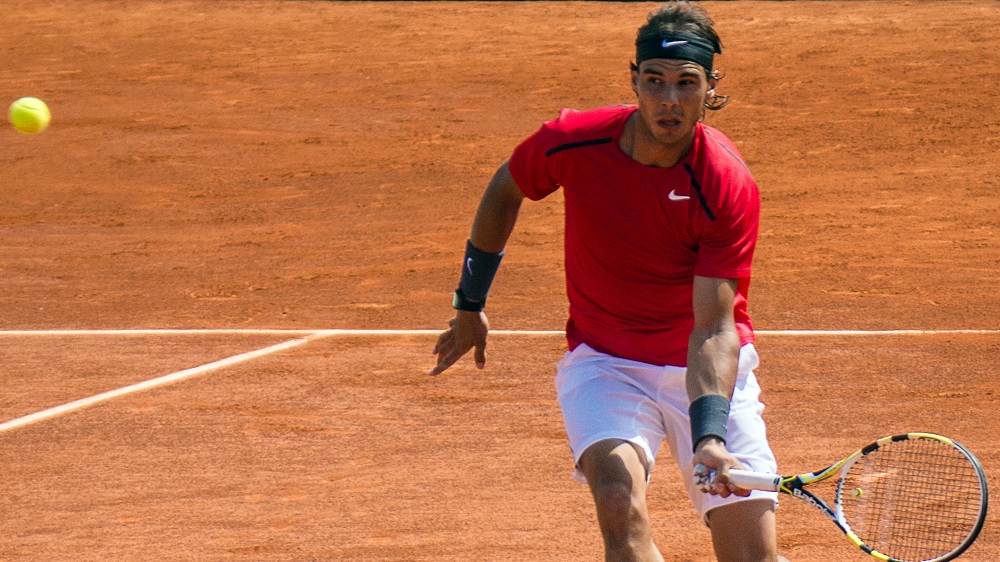 Novak Djokovic, the defending French Open champion, made his return to tennis over the weekend in the 2017 Davis Cup after continuing to battle an elbow injury that has cost him parts of his 2017 season thus far. Djokovic contested a rubber against Albert Ramos-Vinolas in the World Group quarterfinals of the Davis Cup, beating the Spaniard comprehensively 6-3, 6-4, 6-2. The match was played on the hard-court surface and, if Djokovic can post a score like that against a similar opponent on dirt, then the Serb may yet be a major threat in the upcoming clay-court season. However, the focus of this year’s springtime events promises to be Rafael Nadal and not Novak Djokovic.

The Serb’s elbow injury isn’t a new one and, despite the fact that he has played one match in his return, the injury can’t be ignored looking forward. Keep in mind that the Davis Cup is a unique event in the year in that you can play one match and be done for the week, win or lose. Whether Djokovic’s elbow will hold up over the grind of a possibly lengthy tournament is a different matter than just winning one match in Davis Cup play. Given that the first chatter of an elbow injury for the Serb came in the aftermath of his 2016 French Open title, there’s plenty of reason to be skeptical of Djokovic heading into the clay-court season this year.

That part of the season has already started as both Houston and Marrakech are currently running on the ATP Tour, 250-level events. For the big events, they start next week as the 2017 Monte-Carlo Masters kick off from Monaco. Roger Federer, a player that has skipped the Monte-Carlo Masters numerous times in the past, will do so again this season. He and Kei Nishikori are the two high-ranked players not on the players’ list for the tournament. Andy Murray, Djokovic, Stan Wawrinka, Milos Raonic, Nadal, Dominic Thiem, Marin Cilic, and Jo-Wilfried Tsonga are all on the list and are expected in the field next week.

For Federer, the change in surface for the big tournaments would likely mean a change in results, even if there wasn’t anticipated idleness upcoming (he may only play the French). He hasn’t actually had a strong clay-court season since 2009 when he won his only French Open title along with a title in Madrid. You could point out that there was a seven-year gap in title runs between Melbourne Park 2010 and Melbourne Park 2017 to suggest that a French Open title, after a long hiatus, is realistic for Federer. However, Federer is a hard courter more than a clay courter for every year of his career.

When Madrid, Rome, and Paris roll around fans should not expect Federer to hoist any trophies even if he enters the events. With Nadal the No. 2 player on year-to-date rankings, the greatest clay-courter of all time is in fantastic form. The Spaniard’s results should only IMPROVE on dirt. Given that he’s already the year-to-date No. 2, improvement can only mean being the best player in the months ahead. The clay-court season will probably boil down to a showdown between him, Wawrinka, and Thiem – maybe Murray too.

Wawrinka is certainly on the radar heading into the clay-court season. He has no titles so far this season, but he has still played well with a 14-5 record. Including the 2015 French Open and the 2014 Monte-Carlo Masters, 40% of his career titles have come on clay. Additionally, he has at least one clay-court title in four years running.

Thiem has only had one distinguished Grand Slam result so far in his career, that being making the semifinals of the 2016 French Open. With 8 titles in his career, six of them have come on the clay-court surface. He won a trio in 2015, he won two in 2016, and he already has one this season from the South American swing. In many ways the Austrian almost, but not quite, looks like a man for one surface.

Thiem is 23 years of age in a time period when players are blossoming later than they used to and when players, like Federer and the 32-year-old Wawrinka, are lasting a lot longer than they used to. You would think that Thiem is the heir apparent for clay-court success and, as such, you would think that he should be able to win the big tournaments on his preferred surface right now. However, if he won one of Monte-Carlo, Madrid, Rome, or Paris in the next two months it would still be precedent setting and not just for him, but for his generation. The youngest Masters Series champion or Grand Slam champion is still Marin Cilic, a player that’s roughly five years older than Thiem.

As for other young guns, don’t expect much from Nick Kyrgios on the dirt in the months ahead. The clay generally kills the games of the big guys on tour and Kyrgios’ ace count promises to suffer. Likewise, you can’t expect much out of Milos Raonic, especially since his body hasn’t been holding up this season. When you’re a coin flip to last the week in terms of avoiding injury you can’t be expected to win many titles.

Andy Murray, the World No. 1, definitely could enter the picture in the tournaments ahead. He hasn’t done much on clay in his career, however, both of his titles on dirt are in recent seasons. If his elbow problems, which are less persistent than Djokovic’s have been, are history then he’s definitely a threat for the Roland Garros semifinals.

If there were peripheral threats to be aware of then they are Tsonga, Grigor Dimitrov, and Jack Sock. Tsonga has won both Marseille and Rotterdam already this season and, at his best, he’s a French Open semifinalist. Dimitrov has played well this season as well. However, his consistency isn’t quite there yet. Furthermore, there’s no real precedent for him on clay except for a piddly title at Bucharest in 2014. Jack Sock, like Dimitrov, has two titles this season as well. That form is very much coming out of nowhere, and tennis fans that are discounting him could be making a mistake. Having won Houston in 2015, there could be more success in the future for Sock, a player who is just 24 years of age in this time new era of tennis where players are taking longer to develop then they used to.

Predictions for the clay-court season: