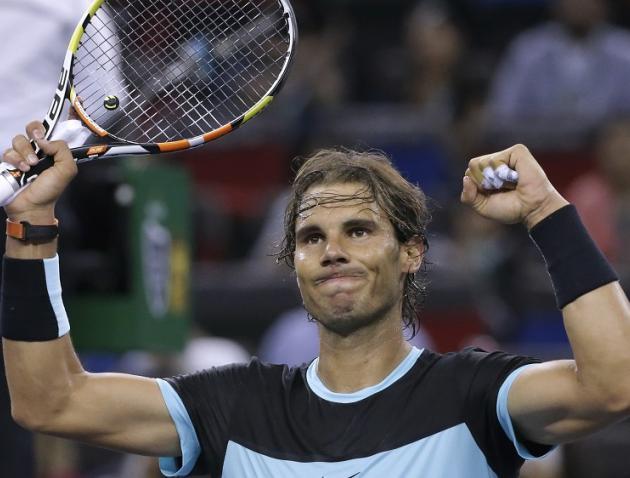 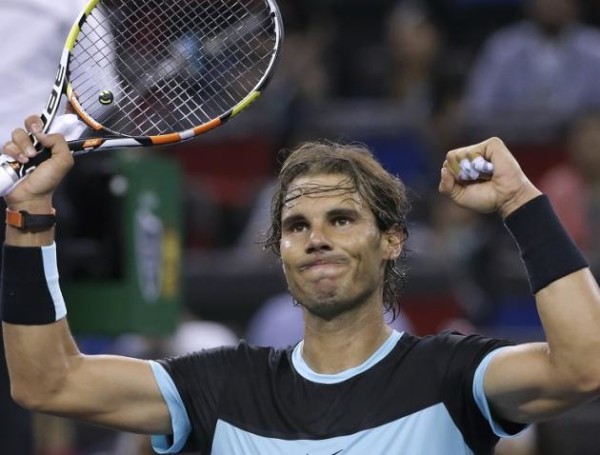 Rafael Nadal, following what has been a precedent-setting season for all the wrong reasons, appears to be rediscovering some of his touch. The Spaniard has only contested two ATP events and a Davis Cup match since exiting from the 2015 US Open early. However, the results of those matches suggest that he may be a major factor at the upcoming ATP World Tour Finals (November 15th to 22nd).

Last week in Beijing, Rafa cruised through the first four rounds of the 500-series event with only one lost set ahead of the final. Nadal’s string of victories in China included straight-set wins over both Canada’s Vasek Pospisil and Italy’s Fabio Fognini. Importantly, the latter is the player that eliminated the former World No. 1 from the Flushing Meadows draw, perhaps the strongest evidence that there is something in Nadal’s game now that had not been present just a handful of weeks back.

So far this week, at ATP Shanghai, Nadal has shown that, at this point in his career, he is once again capable of putting back-to-back tournaments together in back-to-back weeks. That is generally a very difficult feat on the ATP Tour, one that only the very best players usually accomplish.

In Shanghai, a Masters Series 1000 event, Nadal has thus far defeated Ivo Karlovic, Milos Raonic, and Stan Wawrinka. The Spaniard has Jo-Wilfried Tsonga (Head-to-head: Nadal 8-3) to best in the semifinal to set up what would likely be a championship showdown against Novak Djokovic, a semifinalist in Shanghai who himself still needs to beat Andy Murray to make the final.

“Rafael Nadal’s growing confidence was clear for all to see as the Spaniard dismissed Stan Wawrinka 6-2, 6-1 on Friday to reach the semi-finals of the Shanghai Rolex Masters and claim his 300th win at ATP World Tour Masters 1000 level.”

In watching Nadal play against Wawrinka, I noted that there certainly was a razor sharpness to Rafa’s ball striking. Part of that, I think, is actually due to the Swiss player being below par ever since Roland Garros. Even with both the Flushing Meadows deep run and with the title in Tokyo, Wawrinka still has not beaten a Top Ten player in months. I think the Swiss No. 2 is less motivated following his achievement in Roland Garros, and the best players will expose that in both Paris and London over the next months.

But there is also something extra in Nadal’s game right now that has not been there in 2015. Nadal had not yet qualified for the ATP World Tour finals at the start of Shanghai, but that qualification appears to be imminent. I have him as a second favorite to win the year-end event at this point, behind only Djokovic, with my complete list of favorites below.