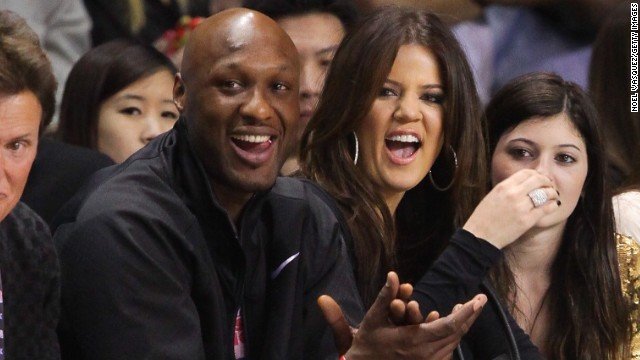 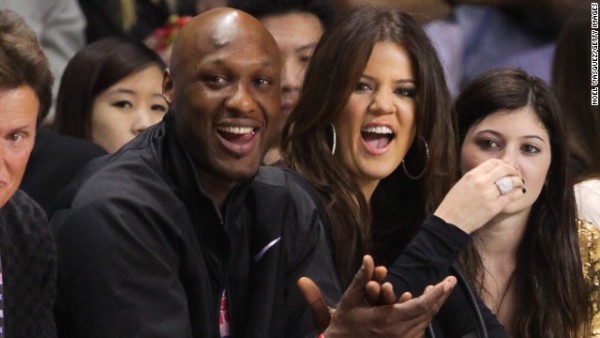 Doctors are keeping him on an oxygen mask though as a way to bring up his oxygen levels for better recovery of his vital organs that were failing earlier this week. His heart is doing very well, and his kidneys have begun to respond also. His two other organs that were reportedly faily are still not responding so he’s not out of the woods yet, but he’s making some amazing progress on his journey out.

He truly was just a minute away from dying, but it looks like Khloe may have given him a reason to fight to live. I am not going to be surprised in the least if they wind up reconciling before the court recognizes their divorce. They’ve had a strong bond through thick and thin, and this near tragedy is often the type of thing that brings couples back together. It truly could not have been scripted better for “Keeping Up with the Kardashians,” if I must say so myself.

He was found unconscious Tuesday afternoon at the Love Ranch Vegas brothel in Crystal, Nev., about 80 miles northwest of Las Vegas. He had taken cocaine, alcohol and 10 doses of an herbal sexual-enhancement drug during a four-day stay at the brothel, authorities said.

Reality TV star Khloe Kardashian, Odom’s estranged wife, has been with him at the hospital. Kardashian, whose divorce from Odom is not final, has been making medical decisions about his treatment, a person with knowledge of the situation told The Times earlier in the week.

Kardashian and her family members Kim Kardashian, Kendall Jenner and Kylie Jenner have released statements saying they will not be posting to social media during Odom’s health crisis.

Alvina Alston, a spokeswoman for Odom’s aunt, JaNean Mercer, told The Times that Odom was able to open his mouth and speak on Friday.

Another source close to the situation told The Times on Friday, “Lamar is conscious and was able to say hi to Khloe, but his condition remains guarded.”

Officials have sent blood samples to be tested hoping to find out what drugs may have played a role in Odom’s condition.

To keep up with everyone Lamar Odom just go to all our articles here: