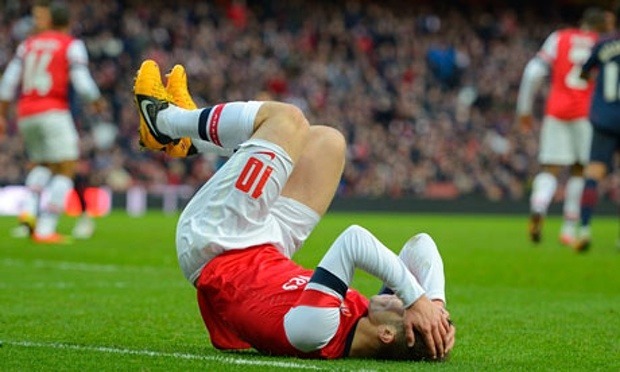 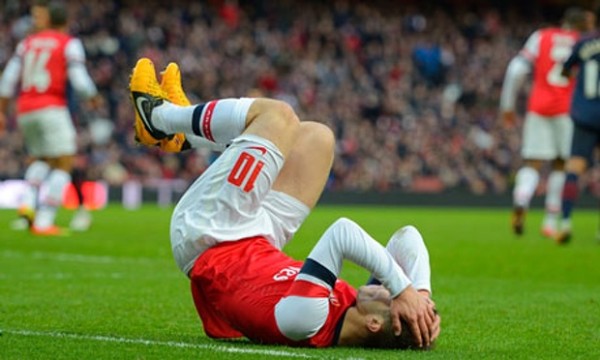 The Gunners have endured a torrid time in the Champions League thus far, having lost their first two games. The Premier League heavyweights were handed a 2-1 defeat by Dinamo Zagreb at the Maksimir Stadium in their opening game of the 2015/16 Champions League campaign. The north Londoners were up against reigning Greek champions Olympiacos in their second game at the Emirates Stadium and against all expectations, the hosts were handed a 3-2 defeat by the Greek visitors.

The successive defeats have increased the pressure on Arsene Wenger’s men as they prepare to host reigning German champions Bayern Munich on Tuesday. The Bavarian giants have been in irrepressible form this season, having won all of their first nine games of the league campaign so far. They have also registered successive wins in the Champions League over Dinamo Zagreb and Olympiacos and sit atop their group standings.

The kind of form Pep Guardiola’s men have exhibited so far has made them firm contenders for the Champions League. The addition of Douglas Costa, Arturo Vidal and Kingsley Coman has come off extremely well as the trio have taken to their new team like a duck to water.

The kind of situation Arsenal find themselves in makes it a must-win game for them, or at the very least secure a draw. But looking at the way the team’s fortunes have panned out either of the results could be unlikely for the Gunners.

In one of the biggest matches of the third round of the Champions League this season, reigning French champions Paris Saint-Germain will be up against Spanish giants Real Madrid. The Parisians will play host to Rafael Benitez’s men at the Parc des Princes on Wednesday. Heading into the clash both the teams have a 100 per cent record in Europe this season.

Real Madrid have registered comprehensive wins over Shakhtar Donetsk and Malmo, while Paris Saint-Germain have done the same. As a consequence, the match between the two sides is expected to be the decider for the group winner.

The match has an interesting sub-plot as Angel di Maria – who moved to the French capital earlier this summer after a solitary season at Manchester United – will be up against his former side. Interestingly, the last time the Argentine played for Los Blancos was the final of the 2014 Champions League where he helped his side to a 4-1 win over Atletico Madrid to clinch them their coveted La Decima. The Argentina international was deservedly declared the Man of the Match in the final and will be eager to prove a point against his former employers when he takes the field in the midweek.

Real Madrid hasn’t been entirely convincing in the early season so far as they have played out three draws out of the eight league games, amidst accusations of Benitez resorting to defensive football. It will be interesting to see what the former Liverpool boss comes up with when Real Madrid face their first credible opposition in Europe this term.