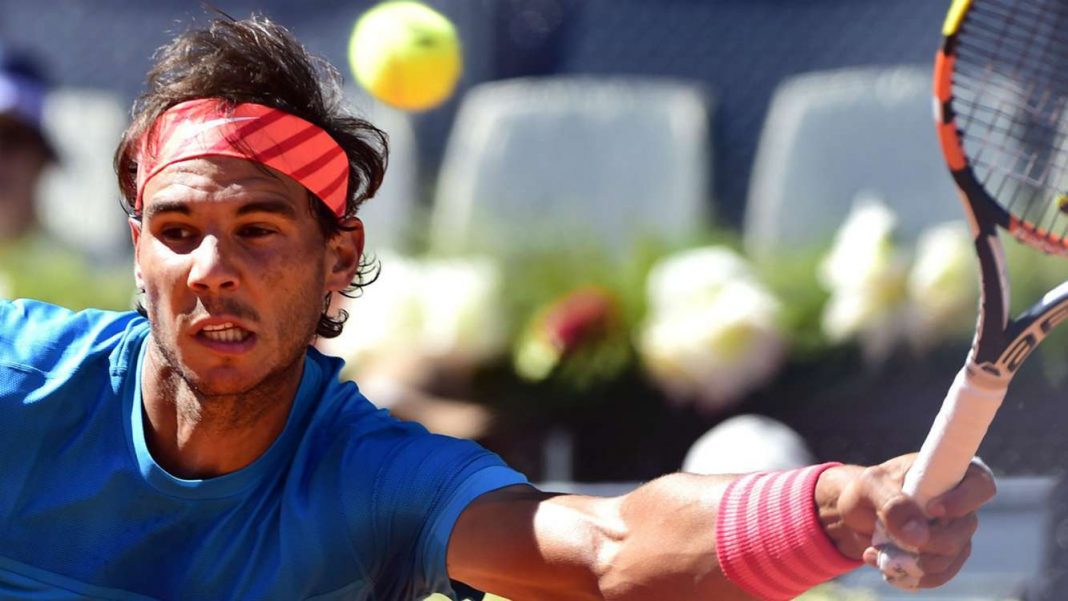 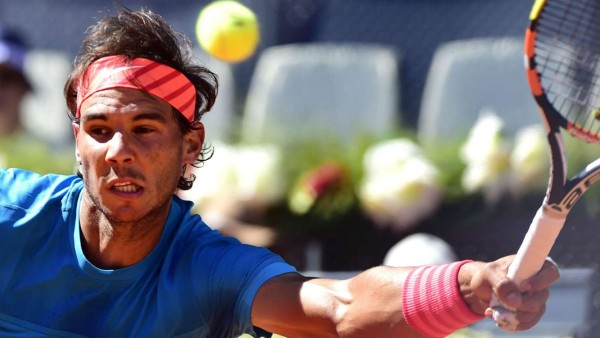 Rafael Nadal definitely is trying to close the gap between himself and Andy Murray on the rankings chart as he bumped another player out of the 2015 Madrid Open putting him in the semi-finals. Grigor Dimitrov was his latest conquest who did not go down easily. The match lastest nearly two hours ending with Rafi’s victory 6-3, 6-4. Nadal is now only one match win away from reaching the Mutua Madrid Openfinal for the seventh time.

The third seed and four-time champion improved to 38-8 at the ATP World Tour Masters 1000 tournament Friday with a 6-3, 6-4 victory over 10th seedGrigor Dimitrov in one hour and 49 minutes.

Dimitrov came under pressure right from the start, including a 14-point opening game. Despite breaking to Nadal to love in the fourth game, the Bulgarian dropped to 2-4. Nadal’s service rhythm returned and, with his trusted old racquet frame, found his groundstroke in long rallies to leave Dimitrov few opportunities to make inroads. At 3-5, Dimitrov saved two set points from 15/40, but struck a forehand into the net on Nadal’s third opportunity to end the 50-minute set. 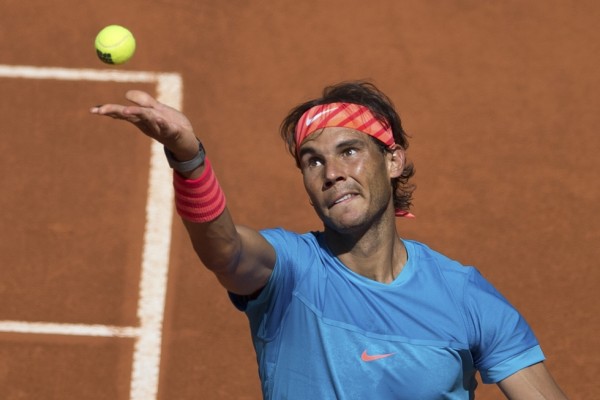 Dimitrov played closer to the baseline in the second set, narrowing down Nadal’s angles. He broke and then withstood one break point in a 12-point fourth game for a 3-1 lead. But Nadal took advantage of mid-court balls, taking his chances to get back on level terms. He went on to save one break point at 4-4, 30/40, then converted his second match point chance in the next game when Dimitrov mis-timed a forehand wide.

Nadal is now 56-11 in ATP World Tour Masters 1000 quarter-finals and will next play sixth seed Tomas Berdych or No. 16 seed John Isner on Saturday.

Dimitrov, 23, was bidding to reach an ATP World Tour Masters 1000 semi-final for a third time, having reached the stage at Rome (l. to Nadal) and Toronto (l. to Tsonga) last year.