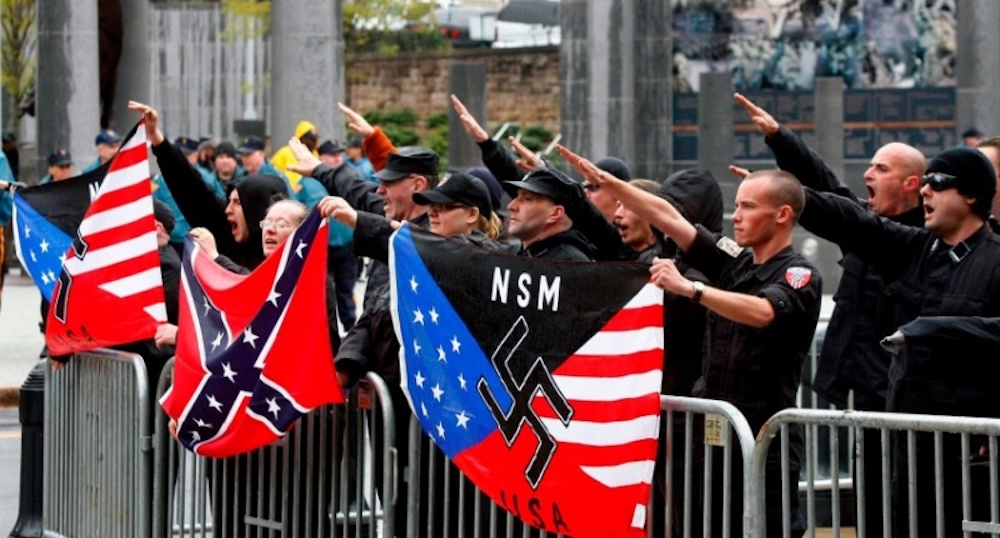 We have become a nation of normalization. That should be our new national motto really. “In normalization we trust.”

This is not anything to be proud of because more times than not, the things that are normalized- behaviors, ideals, actions- are detrimental to everyone’s way of life. When people of color are killed in what seems to be a systematic plan to “purify” this country, it should rock us to our core EVERY single time. When mass shootings take the lives of people doing simple daily activities like going to the movies or celebrating at a club, it should hurt, EVERY single time. When great travesty happens, we should be appalled EVERY single time. We have been desensitized to the evils that go on around us just by being exposed to them so often over time through the media. The normalization of fucked up shit seems to be the new reality.  It’s not that we accept these things as normal on a conscious level; we just become less and less shocked by what we see and hear. It all becomes a part of our typical ways of life, now integrated into the fabric of who we are. This is not okay.

One of the things that have become normalized in our society is racism. We know that it exists but as along as it doesn’t touch us personally, it’s just something that happens. It’s become a standard by which a lot of people live and to which a lot of people respond. The more it is in our faces, the more regularized it is, thus the more familiar which leads to subconscious tolerance. That’s why I take great issue with the A&E produced show about the Ku Klux Klan called Generation KKK, or the rebranded title Escaping the KKK. Yes, it was eventually canceled, but it should have never been given the green light in the first place. There are just some things that don’t need to be explored and giving bigotry and blatant racism a platform like that is a misuse of power. We have enough of that taking place with the current incoming administration. The last thing we need is TV networks jumping on board too.

We have to understand the power of television. We cannot take it lightly and dismiss how influential the medium is. Generation KKK was not an educational opportunity to learn about one of the oldest hate groups in America. There is no value in understanding who they are and why they believe what they believe. I am clear on their position of white supremacy, and no explanation for their prejudice is needed.

When it comes down to it, an “intimate” look into white supremacy in America is the normalization of white supremacy in America. Its low key promotes it and empowers those too timid to live their hatred aloud. I am not here for it. You cannot rebrand something that is one thing to make it appear to be something that it’s not. That’s exactly what A&E tried to do. Allowing a show that focuses on the Ku Klux Klan of today only serves to amplify and legitimize their message. It’s a subtle move, camouflaged as “sharing” but in reality, it’s a form of recruiting. You cannot mask racism.

Racism has a clear message. There are no mixed signals. A person or entity that touts a racist agenda formulates everything they are around their message. When you see or read their material, there is no doubt about their beliefs, morals and ethics. They are not racist some of the time. They are racist all of the time. There is no back and forth, and there is no mistaking their mission.

It’s time that we start using mediums like the cinema and television to heal our country and bring awareness to the stories and people that really matter. Imagine if the same networks creating programming for sensationalism’s sake worked to normalize things that we desperately need right now. The tide of our thinking would change. How we treat and react to each other would too because I believe that life imitates the images seen on the screen more often than not. It is not vice versa. Let the standard be those things that edify the whole and not the things that benefit the few or rake in the ratings.

If we are going to be a nation of normalization, let’s deliberately make love the nomenclature that connects us. Let understanding and equality be the driving forces behind what we do and to what we give our money, our time and our energy. Because the truth is, we can normalize anything we damn well choose.