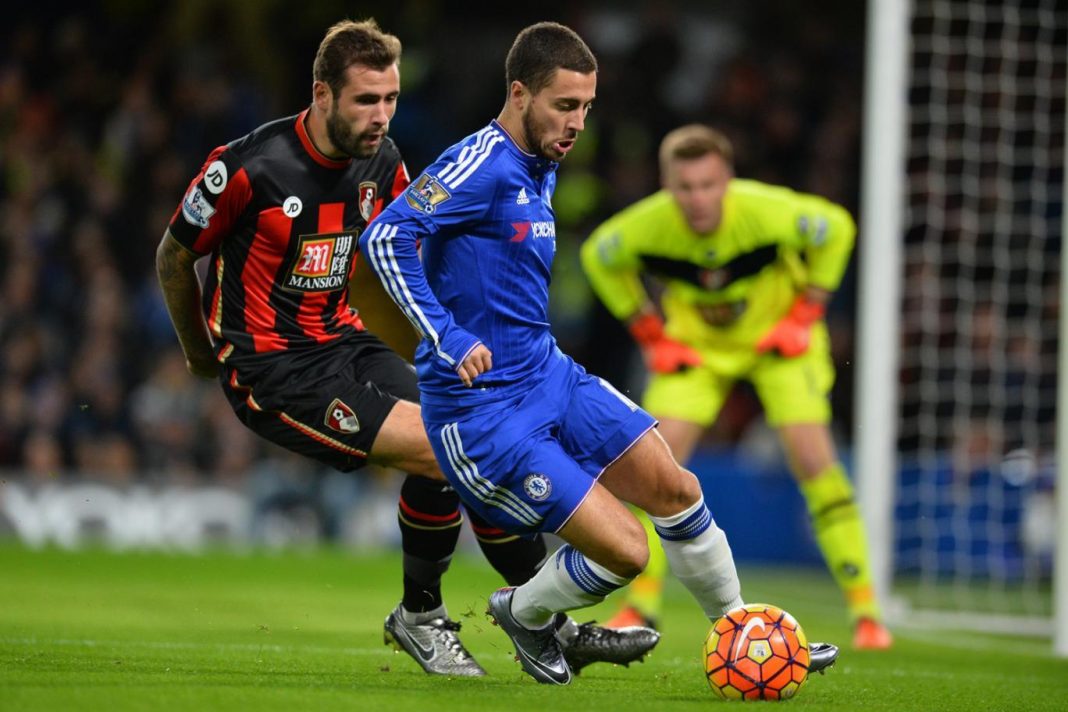 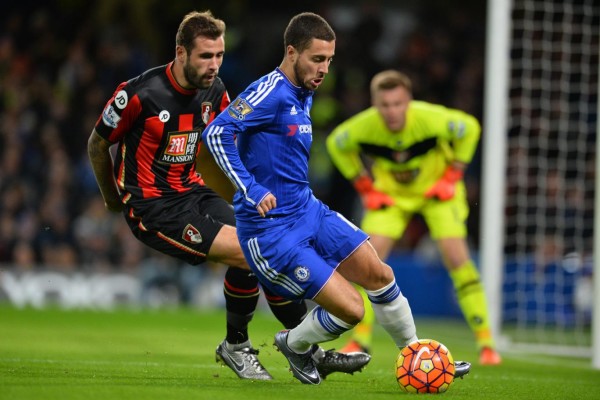 Chelsea suffered yet another loss at the weekend and are now only two points above the relegation zone. The Blues lost 1 – 0 at home against 17th-placed Bournemouth.

In the post match interview, Jose Mourinho said that the Blues will now have to aim for the spot in top six rather than the top four. The Portuguese manager seems ready to play in the Europa League next season, but he has also stated that the Blues won’t certainly be fighting relegation, and the situation won’t be worse than it is already.

“I have to give my maximum every match. I feel as strong as ever. I do not know another way.

“We are all in it together. If you analyse matches, you can clearly identify a few players who are not able to be consistent all the time. We are not being consistent because of some individuals.

“The ref made an important mistake, but it’s a part of the game” – Mourinho says of the ‘clear hand-ball’ when Francis handled from Costa’s centre in the box.

“In the second half we were much more aggression, especially from the right side. A better cross, better movement, better way to attack the ball. We tried in the period and in that period they scored their goal.!

Mourinho’s former mentor, Louis van Gaal, also couldn’t steer his side to a win on Saturday. Manchester United were held to a goalless draw by Slaven Bilic’s West Ham at Old Trafford. The Red Devils have now slipped to the fourth spot in the table.

Manchester City suffered their fourth loss of the campaign as they got beaten by Stoke City on Saturday and the final score line after referee’s final whistle was 2 – 0. Pellegrini’s men have conceded the top spot, and they are now third in the table, ahead of arch rivals Man United mainly because of their superior goal difference.

Claudio Ranieri’s Leicester City have climbed to the top of the table after an impressive victory over Garry Monk’s Swansea City. Riyad Mahrez was the star of the show as he scored all the goals in the 3 – 0 win. Jamie Vardy couldn’t extend his record of scoring in consecutive Premier League games to 12, but the 28-year-old is still the top scorer in the league and too by a good margin.

Arsenal managed a 3 – 1 win despite the unavailability of a lot of first team players due to injuries. Giroud, Campbell and Ramsey netted a goal each to take their side to the second spot, just two points behind the league leaders Leicester City.

Southampton and Tottenham were involved in a 1 – 1 stalemate against Aston Villa and West Brom respectively. Jurgen Klopp’s Liverpool lost 2 – 0 to Newcastle United. It was the German manager’s second defeat after taking on the job at Anfield.

The fight at the foot of the table is quite intense with seven teams in and surrounding the demotion zone. Aston Villa are seven points from safety and looking at their performance it seems very hard to see them climb out of the relegation pit.