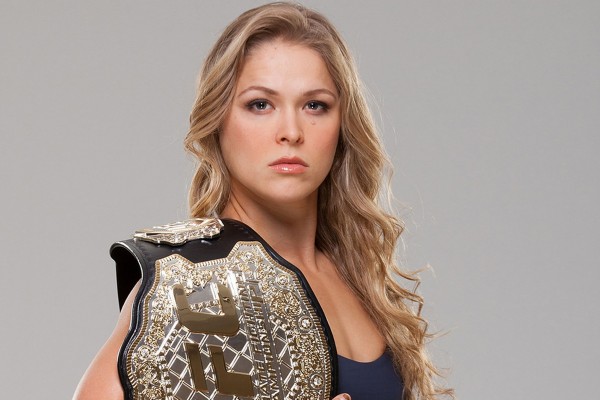 Everyone seems certain that Ronda Rousey will leave the UFC once she has enough film work to rake in millions without the possibility of being strangled or punched inside a steel cage. I tend to agree with that sentiment. Why would a hot young woman choose to continue fighting for dollars when she could simply let herself be molded into a female action star? Love of MMA might keep her a round for a while, but reality would set in eventually and she would bounce. No shame in doing what is best for her own life. Just because MMA brought her to the dance doesn’t mean she can’t choose to dance with a more attractive partner now that she is the star of the party. Hollywood will one day soon be that more attractive option for Rousey. Until that time she will keep cashing big checks from the UFC and endorsements should continue to add to her net worth. Also the UFC will continue to profit from her presence. She is one of the top draws for them right now even in a sport clearly dominated and populated by males.

According to reports, Rousey has a net worth of over two million dollars. Not bad for a young woman, just 27 years old, fighting for a company that had no intention of allowing female fighters in their Octagon just a couple years back. Her fight purses have increased steadily along side her popularity. People want to see her fight often and that is the way she likes it. She knows the window closes fast in sports, especially MMA fighting. It doesn’t take but one bad knockout for a fighter to become less than average. KOs have a way of sticking with fighters. Getting knocked unconscious is not an easy thing to get past if it is a bad enough punch or kick.

Rousey has earned roughly $330,000 in her two UFC fights this year. Those numbers include base pay and fight bonuses. That is a good living, but major endorsements would be a nice way to top that off. Rousey has some deals currently but no eye popping deals like Tiger Woods or the like. Movies seem to be the way she will ultimately make her money. She has been involved with The Expendables 3, the Entourage Movie, and Fast & Furious 7 so far. If she is received well, the sky is the limit.

Most athletes who try to go from the athletic arena to the big screen, fail ultimately. Some may have small level successes in straight to DVD movies or have tiny roles in big films. The outliers are there though, the best examples being Arnold Schwarzenegger and Dwayne “The Rock” Johnson. Arney had a super successful action flick career. In the 80’s and 90’s he was in seemingly any movie in need of a muscled up hero. “The Rock” has taken on that role currently after bouncing from the WWE to try his chops in the acting game. If Ronda Rousey is to be a major movie star, she would do well to talk to Johnson for some advice. No one could have dreamed he would have achieved what he has outside of the pro wrestling world.

It is a rare time for the UFC. They have what many other sports would kill for…a polarizing individual that can bring in a whole new segment of fans. You think NASCAR wouldn’t love for Danica Patrick to be as skilled at driving as Ronda Rousey is at fighting? The female fans are half the possible market for any sport after all. I know Dana White is super savvy, but I hope he is not taking for granted just what kind of opportunity is before the UFC. With Rousey they can make huge leaps in ratings and overall growth. I’d hate for the UFC to squander a once on a generation talent that diversifies the sport and its audience.

I know Rousey is something special and once she exits the Octagon for the final time, it will be impossible for another female fighter to fill her shoes. That doesn’t mean that there won’t be more great female fighters to come along. Many young girls will get the inspiration to become MMA fighters as a direct result of watching the rowdy one. When an athlete spawns a whole new generation of athletes with her special talents and presence, that is when you know just how special that particular athlete was. 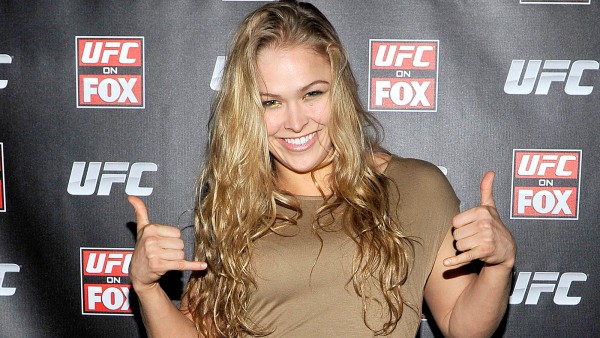 How much will Rousey end up making while she is in the UFC? No one knows for sure but she is off to a good start with her first four fights there. It would take only one major company to realize the endorsement impact she could have on their brand for her to really back up the Brinks truck. I hope she gets one of those deals sooner rather than later. Maybe that will keep her in the UFC longer. The fight game needs her worse than Hollywood does at the moment. Once her work is done in the UFC, I hope she makes a killing in movies as well. There is no guarantee with that, but with her looks, work ethic, and the ‘it’ factor, I don’t envision a major flop on her part. Being one of the top draws in the UFC as a woman is an outrageous accomplishment. I am sure she can handle a few fake punches in film work, and remember some good one liners along the way. I like to see hard work pay off and Ronda Rousey deserves her big payday. Some people may say that she doesn’t belong in Hollywood, as she is an athlete, not an actress. To those I would simply point out the Kardashians and other untalented pseudo celebrities who are getting paid very nicely. Rousey actually has talent and should reap the rewards.