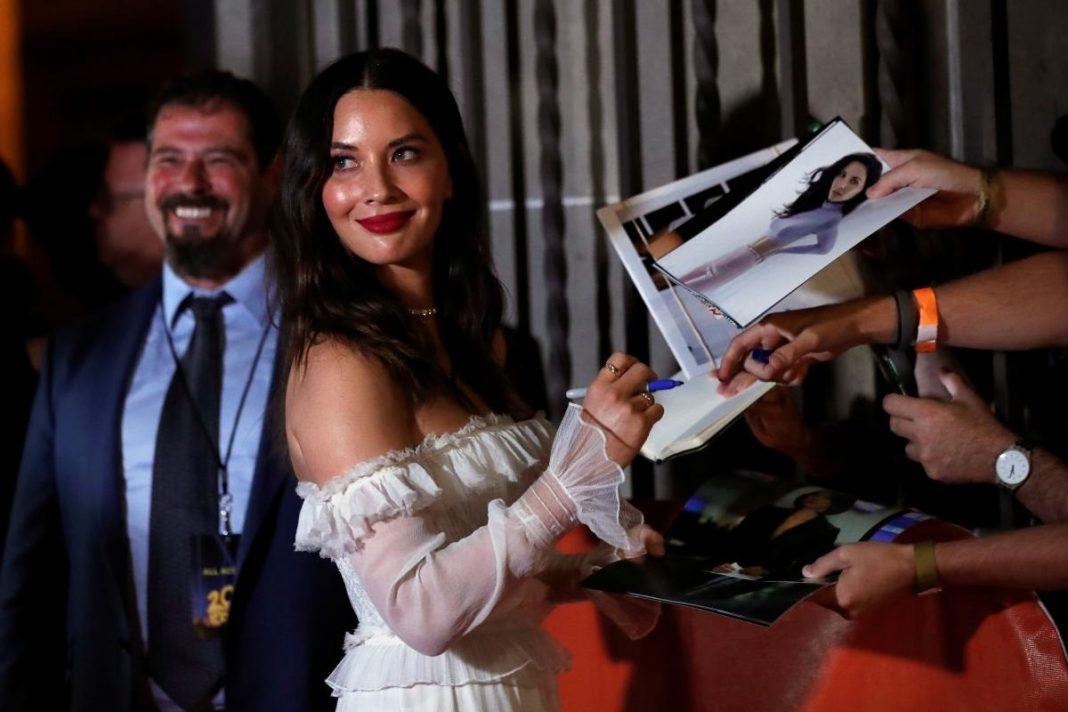 Rotten critics reviews and Olivia Munn‘s controversy couldn’t keep Shane Black‘s “The Predator” from topping the box office charts. This was the fourth film in the franchise that started back in 1987 with Arnold Schwarzenegger in “Predator.”

“The Predator” is at the top of the food chain in its first weekend in theaters.

But with an $88 million production price tag, the Shane Black-directed installment in the 30-year-old franchise will be looking to international receipts to offset the cost. This weekend, it earned $30.7 million from 72 foreign markets, bringing the global total to $54.7 million. This doesn’t bode so well as to the longevity of the film to make it a smash hit, and with both “Venom” and Lady Gaga‘s “A Star Is Born” coming in October, expect it to slip away soon.

Domestic audiences were largely male (62 percent) and white (45 percent), and underwhelmed, giving the movie a C+ CinemaScore that echoed the tepid critical response.

Starring Olivia Munn, Sterling K. Brown and Boyd Holbrook, the film got caught into last minute controversy when Fox pulled a scene from “The Predator” after learning that an actor who was to have a minor role in the film, Steven Wilder Striegel, is a registered sex offender. The studio deleted the only scene in the movie in which Mr. Striegel was to appear, but the report and the controversy surrounding it were likely on the minds of some potential audience members this weekend, particularly given Mr. Black’s admission that he had been aware of Mr. Striegel’s status. (In a statement, the director said that he had been “misled by a friend I really wanted to believe was telling me the truth when he described the circumstances of his conviction.”)

“Any conversation raises awareness,” said comScore senior media analyst Paul Dergarabedian. “If people are talking about it then they’re aware of the movie.”

Second place went to the “Conjuring” spinoff “The Nun,” which added $18.2 million in its second weekend. The horror pic has now grossed over $85 million.

Lionsgate’s “A Simple Favor” opened close behind in third place with $16.1 million. The film from director Paul Feig stars Anna Kendrick as a mommy blogger investigating the disappearance of her friend played by Blake Lively. Feig has referred to it as a “friller,” a fun thriller. Female moviegoers drove the solid opening, making up 67 percent of the audience.

“It stood out in the marketplace,” said David Spitz, Lionsgate’s distribution president. “It kind of became an event film. That’s why we exceeded expectations.”

With a B+ CinemaScore, an older audience that doesn’t rush out to theaters opening weekend and positive reviews, the studio expects the film will continue to play well over the coming weeks.

Fourth and fifth places were neck and neck. According to Sunday estimates, “White Boy Rick,” with $8.8 million, had a slight advantage over “Crazy Rich Asians,” which added $8.7 million and is just shy of hitting $150 million.

“White Boy Rick,” based on a true story and starring Matthew McConaughey as the father of a teenage FBI informant (Richard Wershe Jr. portrayed by Richie Merritt), opened in 2,504 theaters.

The Christian film “Unbroken: Path to Redemption” debuted in the No. 9 spot with $2.4 million. It’s based on Laura Hillenbrand’s novel about Olympian and World War II veteran Louis Zamperini and picks up where “Unbroken” left off.

September is often a slow time at the box office, making a $24 million launch somewhat notable, according to Dergarabedian. But while the year to date is still up nearly 9 percent, the weekend itself is down 5.8 percent from last year when “It” was still terrifying audiences and breaking records.