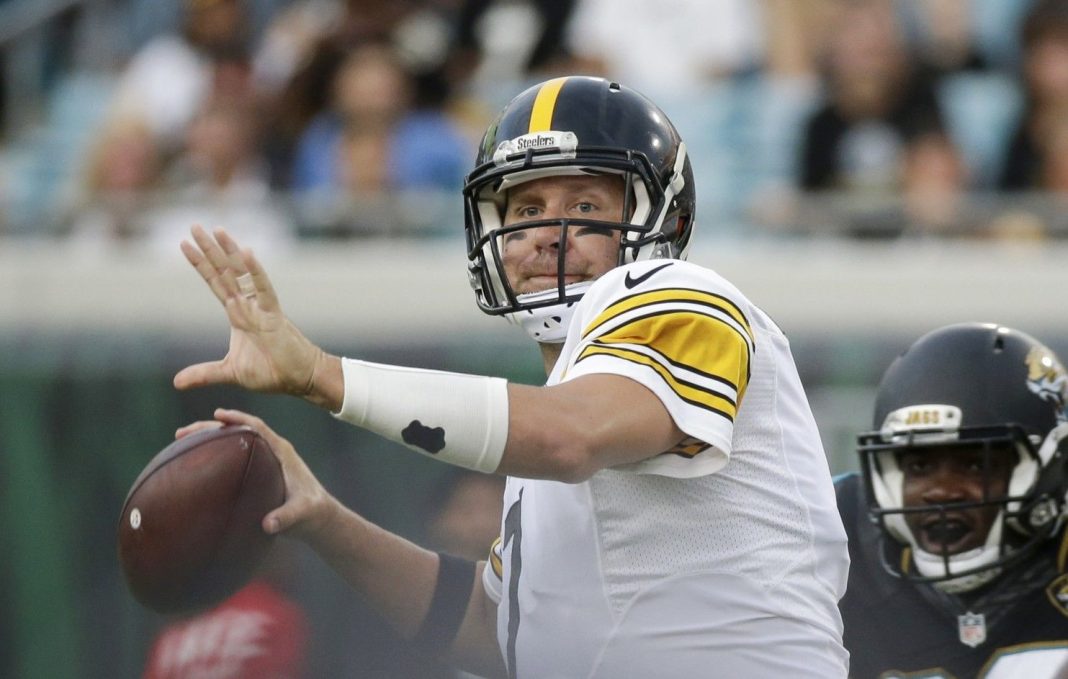 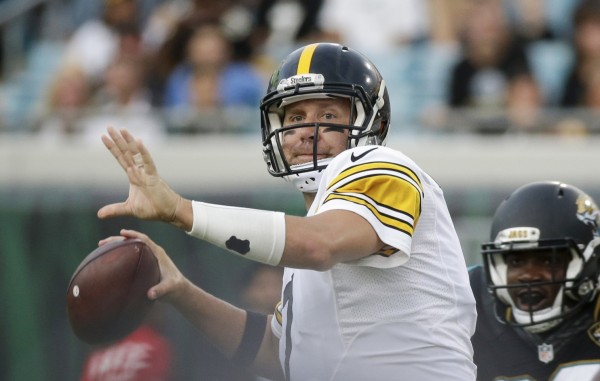 For weeks the focus of the football world has been on whether or not cheating for a second time is a legitimate reason to be suspended. Now that we’ve established that Tom Brady is above the law, attention can finally turn to the start of real NFL Football Thursday Night when the New England Patriots take on the Pittsburgh Steelers.

Brady will be on the field for that game—receiver Martavis Bryant, center Maurkice Pouncey, and running back Le’Veon Bell on the other hand will not be there. Pouncey isn’t suspended, he’s just on IR designated to return. Bell and Bryant are both suspended, however, for violation of the league’s substance abuse policy.

So take the Steelers and subtract football’s second-leading rusher in 2014, one of the game’s top up-and-coming receivers, and arguably the best center. That’s a tough loss…

Quarterback Ben Roethlisberger is overly happy to be taking the field without these guys, especially the rock of his offensive line:

“You can never replace Pouncey…He’s the best in the business. Other guys are going to have to step up. We just have to be careful, myself included and the rest of the line, to not try to do too much. Let [backup center Cody Wallace] do his job and we do ours.”

Nonetheless, Roethlisberger is excited to take the field for the ideal Opening Night game against the defending Super Bowl Champs.

“It will be electric,” said Roethlisberger. “I anticipate it being—especially having Tom out there and with everything that’s going to happen—it’s going to be awesome. It’s the way that NFL football should start.”

Roethlisberger also gave his two cents on the Brady situation and why he believes the suspension was overturned:

“Maybe it’s one of the reasons I knew that Tom would be out there because I know the NFL doesn’t want to start a game without him out there. Nerves will be running. Jitters will be running for everybody…Even old guys like myself, I’m sure I will be nervous.”

I guess that excuses everything. Smoking weed is officially worse than embarrassing the sport of football.