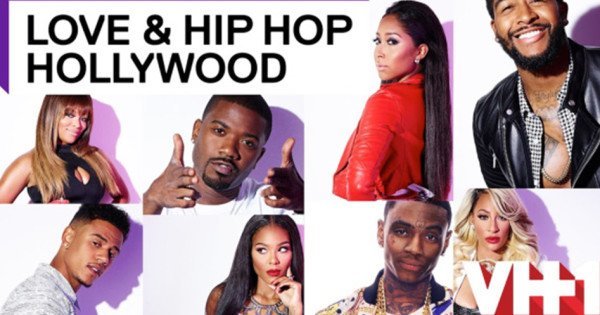 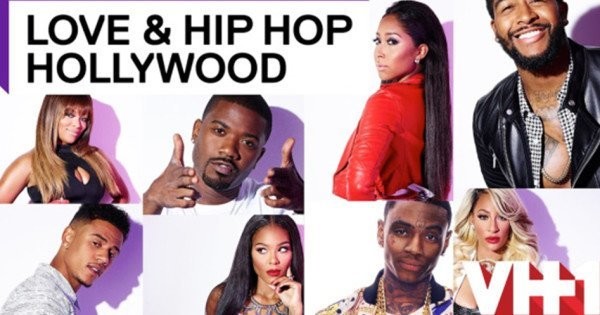 Here we are again for another round of Love and Hip Hop Hollywood. The same cast plus few new faces should make this a very interesting season.

It starts off with the girls, April, Teairra Mari and Monice chilling poolside drinking champagne as they catch up with each other. Of course they talk about their love lives and Teairra Mari’s is dead center since her storyline deals with Ray J and Princess. April tells them that despite all the bull crap, she is having a “pamper party” and let’s Teairra Mari know that she will be inviting Princess as she and April have become cool. Teairra Mari doesn’t want to hear it but said that she’ll play nice.

At the pamper party, Teairra Mari and Princess actually have a heart to heart moment. After she let’s her know what really happened in New Orleans. Teairra Mari feels her and as Princess cries, she gives her a shoulder to lean on and they hug it out. Awwwww.

Next we see Hazel- E in the studio and she wants everyone to know that “it’s time to focus and get Hazel E back to were she needs to be” (yes she refers to herself in third person). She meets producer Milan there as he works with his artist, a rapper named Miles. They talk about her life and how she’s getting back on track. Teairra Mari comes up, since they had a falling out, and Hazel says that she’s willing to make things right since she reached out to her recently after a death in her family.

Milan tells her that he’s ready to settle down with “bae,” marriage, kids and all. We later find out that his bae is the rapper he was recording, Miles and he has a conversation with him about wanting to take himself off the market to be totally committed to him. Miles, however, as a rapper, doesn’t feel comfortable with telling people he’s gay. Not even his family knows so he is def not ready to come out. This is a frustration for Milan.

Then one of the central stories of the show- Ray J and Princess. They both recap their incident in New Orleans when Ray J blamed her for their fight in a hotel. We find out that she didn’t do all that stuff to him (break a rib, tear his ACL) and that she actually took the wrap and went to jail for him since he was on probation. Hmmmm, don’t know if I could do that.

They talk about where they are now and Princess says that she can’t be with him because he’s never going to change. They argue back and forth, she breaks down crying and he consoles her. Later, because he really wants her back home, they spend some time together on a boat and he asks her what he has to do to show her he wants only her. She says first he has to get rid of his apartment, which he commits to doing without blinking an eye.

Now, he decides, unbeknownst to Princess, to have one last single man, stripper party because clearly, he is addicted to “the after party” and “what she won’t know won’t hurt her.” Okay Ray. Princess gets wind and crashes it. And when I say crashes it, I mean throwing buckets of water and bottles of soda. Needless to say, she tells him it’s definitely over for them and he agrees.

Nikki shows up at Omarion’s show at RnB Live to see April and they chat it up. Nikki lets her know that she is single and ready to mingle so that hasn’t given her the chance to try out her new lingerie line. She offers April some pieces to rekindle her thing with her baby daddy Omarion.

So what does the new mom do? She shows up at his rehearsal in some of Nikki’s lingerie. She gives him a little dance, since she feels that they can’t get it in the way they want to because they are always on the road and the baby keeps them busy. Omarion is really feeling it.

Monice, goes to pick up her guy and ya’ll… it’s Rich effing Dollars, from Love and Hip Hop New York. According to Rich, she gets him and has never met a girl like her in all his experience. He might actually be ready to settle down. This is one storyline that I am curious to see unfold. We all know Rich Dollas preys on these young girls.

Newbie Amber, a rapper, is something else. She’s the “baddest rap bitch” in the land and says that the only thing in her life not popping is her love life. She is actually in love with Miles, which makes it weird because he likes men, but because he and Amber are high school sweethearts and their relationship is “complicated” he doesn’t tell her he’s a homosexual. She doesn’t like it and tells him she’s not waiting forever.

In the end, it is clear that the love triangles, issues and uncertainties are going to be major points of interests this season. I’m just here for the comments.