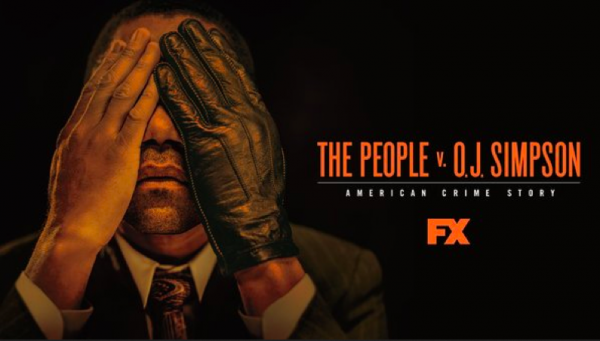 After a record-breaking premiere for television network FX, American Crime Story: The People v. O.J. Simpson returns this week to continue retelling the story of one of America’s most infamous trials. The show’s second episode “The Run of His Life,” which refers to the book in which the series is based on, showcases the freeway chase that was watched by millions.

The episode begins with a newscast explaining that O.J., the prime suspect in a brutal double homicide, is missing. Both the defense and prosecution team are enraged as they see the media frenzy unfold following O.J.’s disappearance. Soon after they learn that O.J. is with his friend and fellow football player A.C. Cowlings, presumably in O.J.’s white Bronco (however it later turns out to be A.C.’s car, which happens to be the exact same model as O.J.’s)

After the police hold a press conference explaining the troubling circumstances, defense lawyer Robert Shapiro proceeds to gather the press to tell his side of the story. During this, Robert devotes most of the conference to trying to clear his name and make sure that the public doesn’t think he had anything to do with O.J.’s escape.

Afterward, Robert gets Rob Kardashian to address the press and read out one of the three suicide notes that O.J. left, specifically the one that was meant for his fans. During this, viewers get a little peek into a young Kardashian household, as Kim, Khloe, Kourtney and Rob gaze admirably at their father on TV.

Meanwhile, O.J. is seen with A.C. heading down a Los Angeles Freeway. Unfortunately for him, the whole country is aware of what is going on and a young couple goes on to call the police as they spot O.J. driving alongside them.

Back at the Simpson residences (where most of O.J.’s family is), Rob K. delivers the sad – but inevitably inaccurate news – that O.J. has most likely killed himself. However the subsequent uproar amongst the family is interrupted by a breaking news story on the TV showing that O.J. is, in fact, alive and happens to be leading a police chase down the freeway.

Over at the prosecutor’s office, Marcia exclaims that the police should be shooting the Bronco’s tires and ending the wild goose chase. However, her co-workers explain that the chase is being broadcasted on every major channel in the country and it would not be appropriate.

Shortly after, A.C. contacts the police while still driving O.J. in the car. A.C. exclaims that the police need to back off, as O.J. is very suicidal and currently has a gun to his head. He then reveals they are heading to Brentwood – heading to see O.J.’s mother.  Next O.J. uses the in-car phone and calls up Rob K. He proceeds to express his love for Rob K. and all of his other friends and family. Rob attempts to calm him down as he fears that O.J. is planning to shoot himself – however O.J. hangs up.

While the events are unfolding on national TV, people are seen huddled around and captivated by what is transpiring. Here we are introduced to young African-American prosecutor Chris Darden. Chris is heard lecturing his neighbors, who appear to be rooting for O.J. He tells them that although O.J. is part of the black community, he never gave back to them and doesn’t deserve the support he is getting. He states, ”Once O.J. made his money, he split and never came back…He became white.” This prompts one of the Darden’s young neighbors to respond, “Well he’s got the cops chasing him, he’s black now!”

Here it becomes evident that the series plans to show viewers the role race played on the differing perspectives many people had regarding the whole situation. This is especially emphasized when a news anchor interviews a young African-American man who is cheering along the freeway (amongst many others). The anchor asks him, “Why are you cheering for O.J.?” in which he replies, “we’re not cheering for O.J. We’re booing the LAPD.”

The episode concludes with A.C. finally arriving at O.J.’s Brentwood estate. Ample press, onlookers and police surround his property. After a long stakeout in the Bronco, Rob K. is finally able to talk O.J. into coming into the house.

Profusely apologizing and clasping onto framed pictures of his kids, O.J. looks completely defeated as he makes his way into the house. Immediately Rob K. grabs a hold of him and tries to calm him down. O.J. is then given the phone to talk to his mom and fittingly, a glass of orange juice (which according to author of The Run of His Life Jeffrey Toobin, actually happened).

Lastly, O.J. is finally handcuffed (inside the house) and taken into custody.

You can catch the next episode of American Crime Story: The People v. O.J. Simpson on FX when it airs next Tuesday, February 16.