Home Sports NBA Pelicans Acquire DeMarcus Cousins from Kings for a Bag of Chips and... 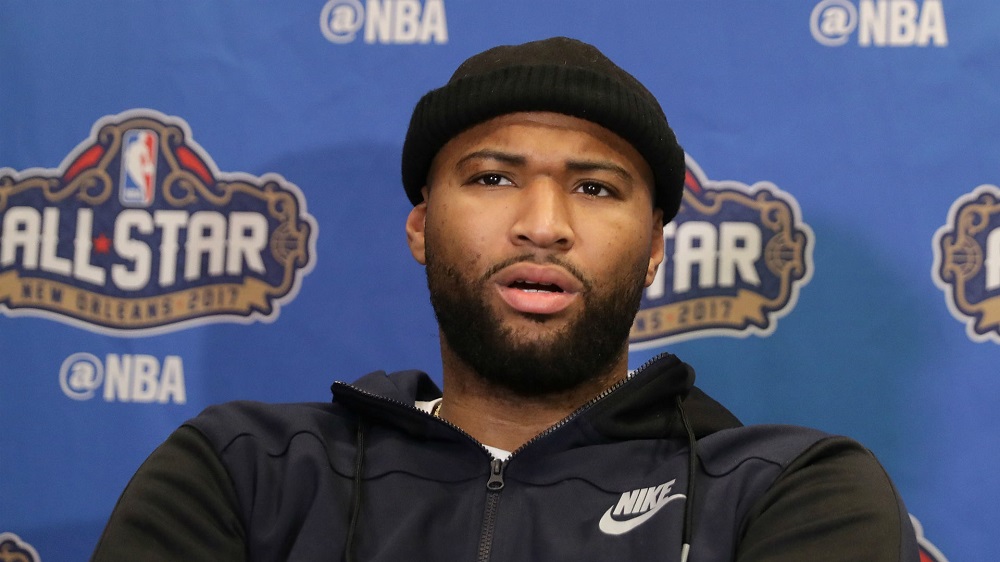 I take back everything I’ve said about Dell Demps and the rest of the New Orleans Pelicans front office. I’ve always been critical of them, up through last week, for failing to put an All-Star (or much talent in general, for that matter) around superstar Anthony Davis. Boy oh boy, did Demps and company come through.

The Pelicans officially acquired DeMarcus Cousins from the Sacramento Kings Monday, putting the best center in the league on the same court as one of the top players in the world in Davis. Here’s the kicker: the Pels managed to steal the walking double-double away from Sacramento from Buddy Hield, Tyreke Evans, Langston Galloway, and the Pels’ first and second round picks in 2017. The Pels also acquire Omri Casspi in the deal.

As if that wasn’t bad enough, the Kings will reportedly waive Galloway and buyout Evans, essentially leaving them with Hield and two 2017 picks for Boogie.

“It was time for a change, and I decided this was the best direction for the organization,” said Kings general manager Vlade Divac, who just a few weeks ago said that Cousins was no longer available for trade. “Winning begins with culture and character matters. With the upcoming draft class set to be one of the strongest in a decade, this trade will allow us to build the depth needed for a talented and developing roster moving forward.”

There’s no way that this was the best trade available. The Detroit Pistons reportedly offered Andre Drummond, who alone would have been better than this trade. I have a hard time believing the Boston Celtics, if they made an offer, had something worse than this deal. I’m not complaining; I’m just saying, the Pels really got a steal with this one.

Supposedly, Kings owner Vivek Ranadive believes Buddy Hield to be a player with “Steph Curry potential,” so when presented with the opportunity to acquire him, Vivek pulled the trigger. That’s an entirely different storyline, of course, debating who has the real power in the organization between Divac and Ranadive. All we know for sure is that the Kings are easily one of the worse managed franchises in the NBA over the past five years. Probably the worst.

Sadly, the Pelicans aren’t much better. Bringing Cousins to New Orleans has the potential to make up for all of it.

The big thing this does is shift the majority of the pressure from Demps and the front office to head coach Alvin Gentry and the coaching staff. Cousins will be a free agent at the end of the season. If Gentry and company can prove to Boogie that New Orleans has legitimate potential moving forward, they should have no problem resigning Cousins long term. Then, free agents like Jrue Holiday should follow, and players from elsewhere may begin to take notice.

If Gentry fails to properly utilize Cousins, angers the big man, and can’t move the team (which is only about two games out of the eight seed right now) into the playoffs, Cousins may walk, opting to pick his own team in the offseason.

If that happens, the Pelicans franchise is screwed, and I’ll cry myself to sleep, give up basketball, and find something else to write about. I hear hockey is fun.