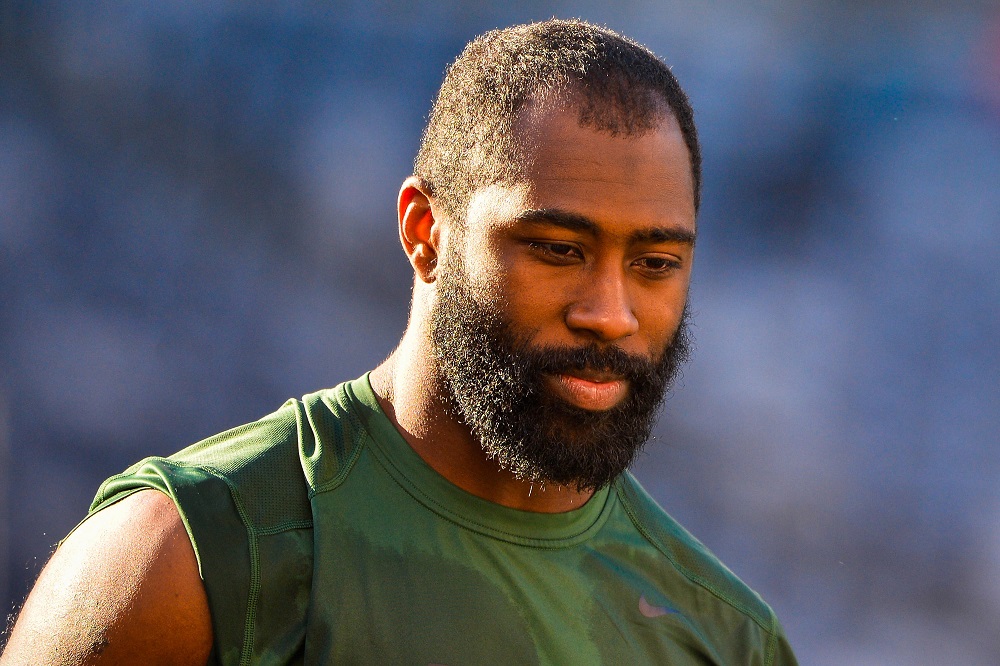 The Jets‘ Darrelle Revis is proving how difficult it is to wrap up an NFL career in a positive fashion. Not only did the former All-Pro have a disappointing season in 2016, now he’s facing four felonies.

Of course, Revis’ lawyer is pointing the finger at the two men who were reportedly knocked unconscious by  Revis and another man.

According to the investigation, Revis was being followed down the street by one of the men who ended up knocked out. The defensive back is apparently captured on the KO victim’s cell phone.

It will be some time before this situation is sorted out.

Did this veteran NFL player just go knucklehead at 2:43 a.m. in Pittsburgh and start swinging on innocent victims? Not likely.

More likely, the millionaire athlete was being harassed in some manner and reacted poorly. Dude has been under a lot of pressure this past season with many questioning his effort on the field.

If they’re not hobbled at the knees, they end up with possible memory loss. Or broke.

Some wind up in jail.

The few players who end up in a coaching position or land a media job, they are the exception.

The NFL is a meat grinder. Friends and family leach off of your wealth as soon as you sign that rookie deal. You have to work your ass off  year round just to keep your gig.

Then you get tossed aside as soon as you lose a step.

Darrelle Revis is a no-brainer for the Hall of Fame. And even he couldn’t avoid the pitfalls of fame and fortune from a football life.

This situation will probably get cleared up with a few hundred thousand dollars sent to the so-called victims.

Then maybe things will get back to normal for a once great NFL player.

Too bad that “normal” will soon mean a life without football.

Or maybe that will actually be a good thing for Darrelle Revis.

Clearly, the game has just about got all it can wring out of the former superstar.

As for Revis, he’s extracted plenty from the game also. A Super Bowl ring along with a stacked bank account are more than most players end up with in the end.