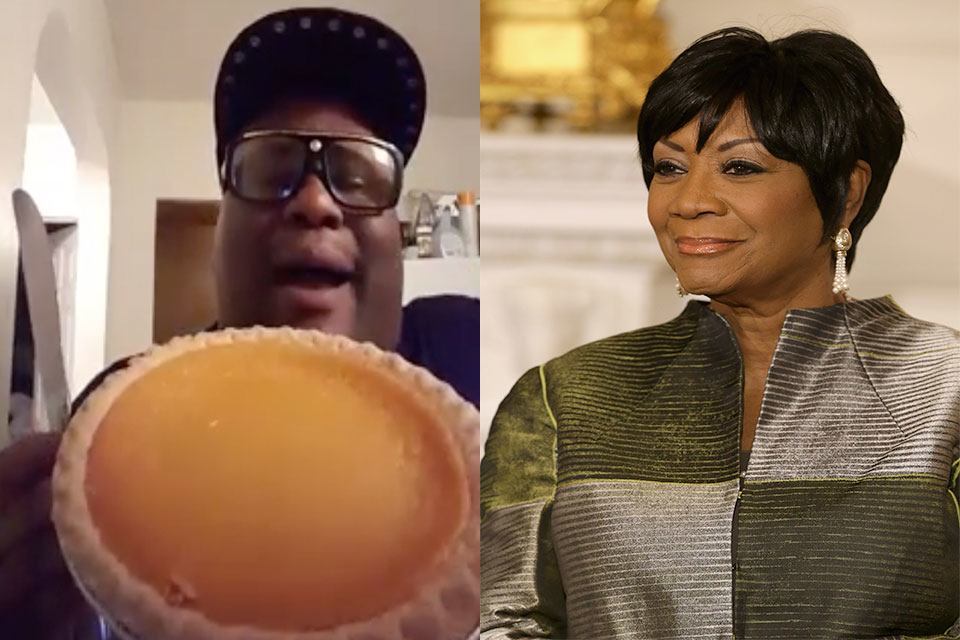 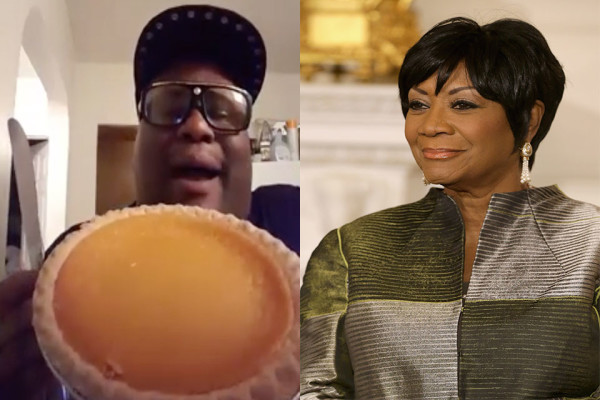 For some reason, this whole thing with Patti LaBelle and her pies has got me all in my feelings. It’s not the selling out and making millions of dollars in a week that has got me feeling a certain kind of way. It’s the fact that this woman, who has scores of fans all over the world; who has traveled the globe and has more money than she can count, refuses to give the man (James Wright) that aided in the successful marketing of her pies proper credit.

I spoke about it in the latest Heroes and Zeroes and in this For the Record, I am digging deeper into it what I believe it means because it speaks to a mindset and behavior that plagues the black community. It’s the notion that a lot of times, there’s too much shade, too much backbiting and too much hating going on and it debilitates black folks; The whole crabs in a bucket saying. You know the one where what we do and say (or don’t do and say) hurts other members of our community, and it is a travesty.

The thing about Patti saying that she is the sole reason her pies sold out and James Wright is a “nice” and “lovely” person is that she is dismissing what we know and in doing so, gives us an interesting narrative on the way black people deal with black people. We are so afraid to come off a certain way to people that we will look stupid ignoring the obvious.

We can say all we want about the “white man keeping us down” but that aside, because it does have its share of truth, it’s us. We are the ones who aid in our destruction, downfall and continued stagnation just as much as a biased system. When we can’t even humble ourselves enough to say yes, this person did a great job, and I would not have been able to do this without them, it leaves no room for true collaboration, true unity.

People want to say that Patti is throwing James Wright “low key” shade but no she’s not. She is giving it to him in his face, straight up. But what can you expect in a world where “The Real Housewives of Atlanta,” who makes star-monsters like NeNe Leakes and who’s cast members like Kenya Moore major in shade, are the leading examples of black people on television?

In fact, they and other warped views are the only representation we see of black people on TV right now. We have messed up family dynamics on Empire, a side chick who can’t leave her married suga daddy alone on Scandal, an angry black woman with no chill on Being Mary Jane and fighting, lying, sexing, and more fighting on reality shows. The only exception to what now has become the rule (it seems) is Blackish, but one show can’t contend with a boatload of bullshit.

Black people have been taught from way back to think of themselves first, and it is understandable. We have lost our identities to a fucked up world system so the only logical step, to gain some kind of authority, is to lose our souls, which we have done through TV and rap. But doing so for the cost of having a piece of a pie that wasn’t meant for us comes at too great a price.

We are not crabs who latch on to each other to prevent our fellow man from getting ahead or in this case, who don’t want to put out the effort to pull up someone who did us a solid. We are kings and queens who have been lost our way and are in need of character building lessons here and there. Can the first one be “no more shade,” which isn’t always just about the words we speak but about the actions that negatively manifests itself in the lives of others.

I promise I will get off of this soapbox to never speak of it again after this article, but who the hell is Patti Labelle to take all the credit?  Most people, including myself, said they never even heard of the damn pies before the video. How can you be that stuck up to say it was all you Patti?

In today’s society, nothing is all “me” when it comes to many successes, and we need to start making that known because guess what? IT’S. OKAY

Patti LaBelle caught some heat after taking credit for her sudden increase of pie sales — despite the entire world attributing the spike to James Wright’s viral video review.

It seems as though Patti’s realize the err of her ways and is now giving James his due credit…AND she has invited him over for Thanksgiving dinner.

“You give love to people who give you love,” Patti told FOX 29 Philadelphia’s Quincy Harris Tuesday morning. “And you know, I didn’t expect a viral video.”