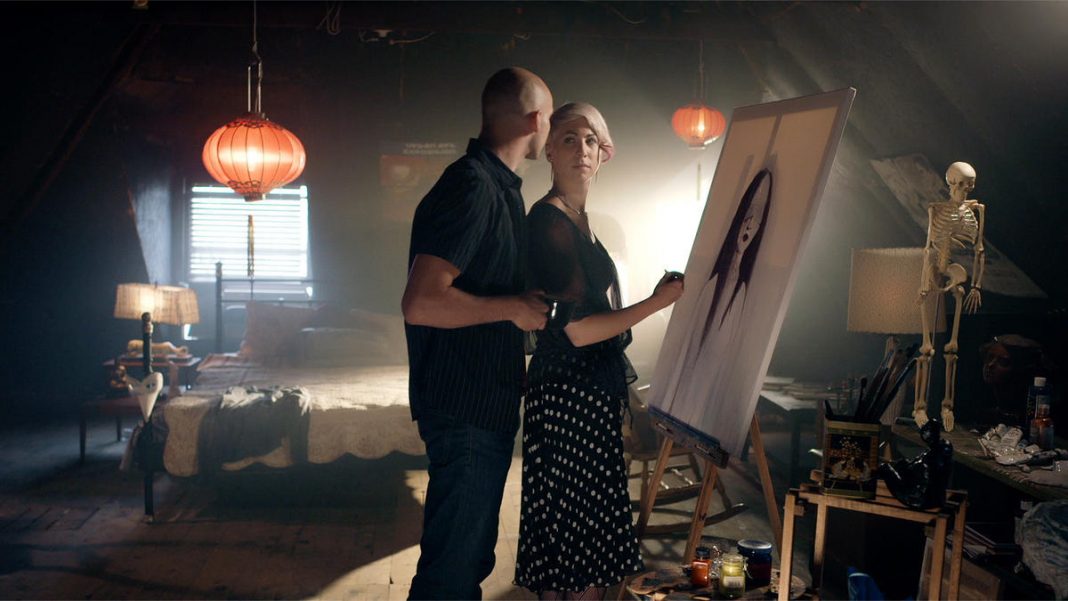 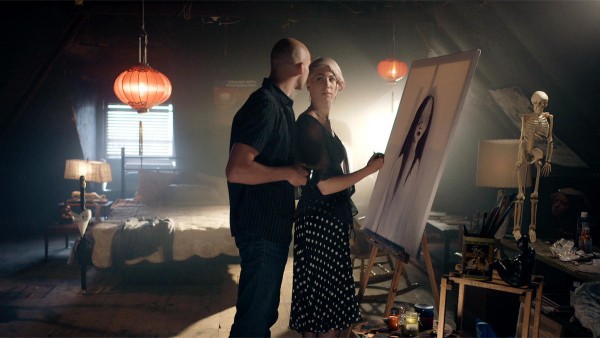 “Nightmare On Chestnut Street” is the latest Paranormal Witness episode based on three seemingly normal college girls. They are best friends just trying to find a place to all live together. But little did they know what the house that they bought had in store for them.

The girls were Lindsey, Rebecca, and Amber. Lindsey had her boyfriend Adam over the first night so he could help with the unpacking and such. But strange things began that very night. The fan turned on by itself and there was a heavy banging at the door. But when they would touch the objects the fan would turn off or the banging would stop. That was just the start of it.

Rebecca was in her room that same night, studying. Suddenly, she hears a THUD coming from outside of her room. She said it sounded like footsteps going up and down the stairs. Right about the same time, Lindsey had fallen back asleep and was woken up in a dream. In this dream she was strapped to her bed and could not scream. All she could see was the black evil figure of a woman.

To me, it sounds like they’re all going insane. But the next day, Rebecca was waking up from a nap when she saw a huge black spider crawling right next to her. She and her crazy self-thought someone had shape shifted into a spider and was watching her. Yes, shape shifted!

Not even in the house for a week and she is already going insane. She even began to become distant and I guess ended up moving out because she was not mentioned the rest of the show after that.

Lindsey woke up from a dead sleep one night to find her TV on but playing static and very loud! She does not think that she left it on before bed, but who knows? Maybe like how some sleep walk to the kitchen, she sleep walks to her TV to put it on a static channel? After going back to sleep, she said she had the same nightmare as before and saw the same scary woman as before! But this time, it was nearly impossible to wake back up from it.

Nights later, while all the girls were in class, Adam was in the house alone watching some movies, when he said that he just did not feel comfortable anymore. He left and thought to himself “Don’t look up.” But maybe he should listen to himself more often because as soon as he looked up, he saw her. The dark shadow figure from Lindsey’s nightmare.

Now, Adam’s dad was a deacon at their church. So naturally they enlisted him for his advice. He gave them some holy water and an icon that is said to ward off all evil.

Sounds like some shady TV preacher to me. Perhaps advising the kids to move out would have been better.

Back at the house, they blessed the home. But the third roommate, Amber thought they were just insane so she snapped and told them they were crazy and that she had not seen anything so it could not be true. They continued with the blessing of the house and even said it felt better a while after it. But that night they heard the bang on the door again and all Lindsey’s paintings were thrown on the ground except one.

Though Amber was skeptical for a while, she soon realized that Lindsey and Adam were right when she had her own experience of seeing the woman. She then told Lindsey about it and they all went to the historical society where they told them the story of the house. “90 years ago a doctor and his wife lived there. The wife was not being the best partner, so eventually the doctor went crazy. He ended up murdering her.”

Hey it happens. Without that, no shows like this.

The last interaction between the college students and the ghost lady was when she showed up in the bathroom with Lindsey. She sees the ghost and runs to the hallway only to be pulled down at her ankles and screams for Adam’s’ help. Of course he comes up there. After this they all decided that they needed to leave.

I’m not sure why these people don’t just leave at the first sign of trouble. Visions of evil dead people is a good reason to bounce. I don’t need multiple instances of horror. I’d move back in with my parents in a heartbeat!

Hell, I’d move back if I was homesick or broke, much less threatened by evil spirits.

These young college students ended up moving out separate from each other.  The house that was supposed to bring them the time of their lives, ended up tearing them apart. Apparently binge drinking and drugs aren’t the only stumbling blocks for college kids.