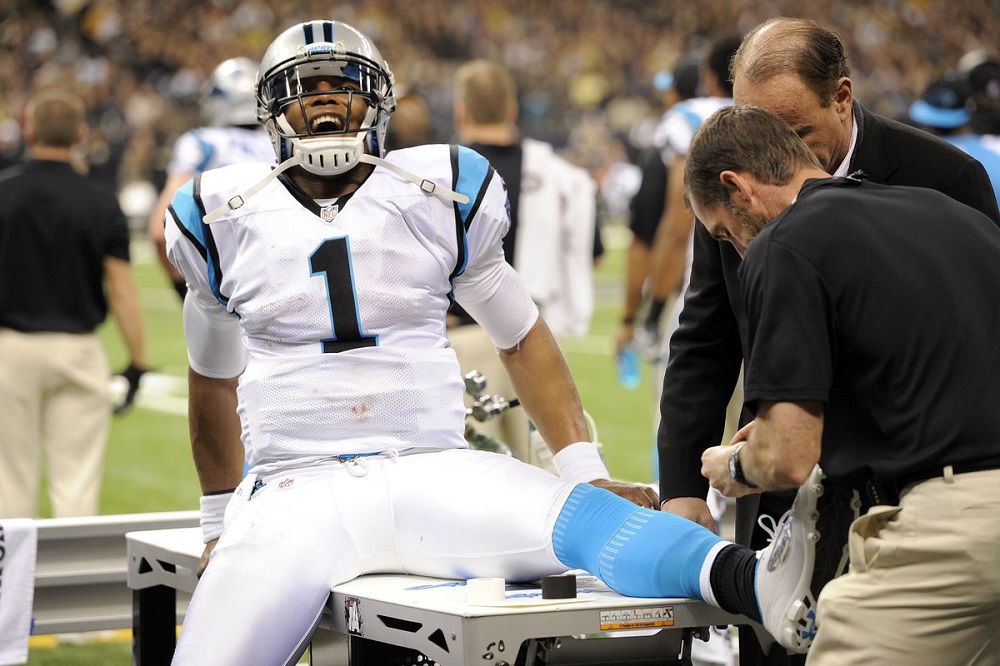 The Carolina Panthers were not found to have violated concussion protocol in their handling of Cam Newton’s injury during a playoff loss to the New Orleans Saints on Jan. 7.

The NFL and the Players Association announced Wednesday that Carolina’s medical staff correctly followed concussion protocol guidelines. The league released a statement Wednesday saying it reviewed game footage and medical reports, as well as statements and interviews with Newton and coach Ron Rivera, before making its determination that “there was no protocol violation.”

After walking off the field with a second-half eye injury, Newton stumbled to the ground near the sideline when asked by trainers to take a knee.

The league said they believe that stumble was caused by a previous knee injury.

The NFL said the league’s 2015 MVP had an MRI on Jan. 8 that “confirmed ligament and cartilage damage and very extensive swelling in the knee.”

Panthers interim general manager Marty Hurney told media outlets on Wednesday that Newton will not need surgery on the knee.

Newton sat out one play, but returned on the next offensive series and finished the game.

Hurney said on Jan. 8 that Newton intentionally took a knee because he was told to by the team’s training staff so Carolina could get an official timeout, thus allowing backup quarterback Derek Anderson a little more time to warm up on the sideline.

Anderson came in for one third-down play and threw an incompletion.

“He took a hit,” Hurney said of Newton. “But when he walked off and he told the trainers he got poked in the eye, then they did take him into the tent and checked him for a concussion, which he did not have. And it was really getting poked in the eye.”

Up for debate in the investigation was whether Newton should have been taken to the locker room for evaluations.

The league and the players union changed its concussion protocol in December after Texans quarterback Tom Savage returned to the field after having a concussion that left the quarterback’s hands shaking following a hit.

The changes to the protocol include the requirement of a locker room concussion evaluation for all players “demonstrating gross or sustained vertical instability (e.g., stumbling or falling to the ground when trying to stand.)”

Newton did not visit the locker room. 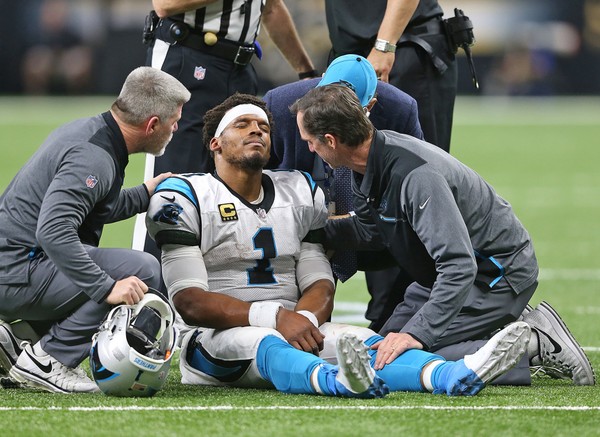 Newton said after the team’s loss to the Saints that “it wasn’t my head. It was my eye. My helmet had come down low enough over my eyelid, and it got pressed by the player’s stomach.”

“Our review of all of the facts do not support a claim of inappropriate medical care,” the NFL Players Association said in a statement. “Mr. Newton was immediately evaluated for a concussion and cleared by the team physician and unaffiliated neurotrauma consultant.”

The Seattle Seahawks were fined $100,000 in Week 10 after the league and union determined they failed to apply the concussion protocol properly after quarterback Russell Wilson took a blow to the head against the Arizona Cardinals.