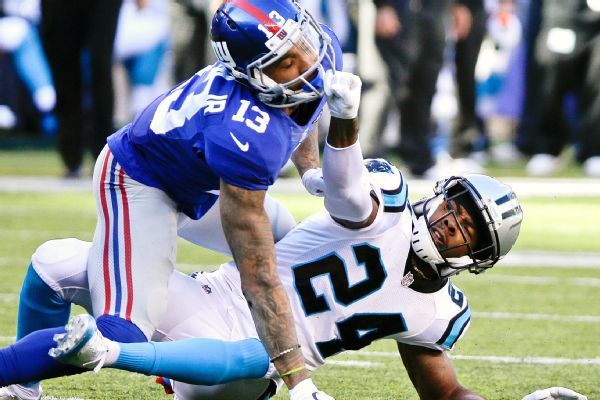 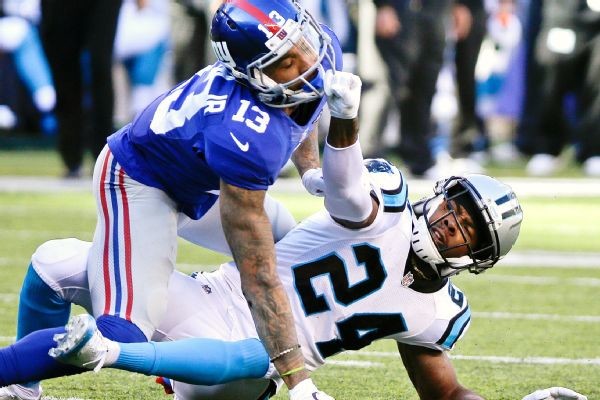 Many people were wondering why only Odell Beckham Jr. was fined, but today, Carolina Panthers cornerback Josh Norman has been fined a total of $26,044 for his conduct while covering the New York Giants receiver on Sunday. The two were involved in several incidents, including one helmet-to-helmet hit one that landed Beckham a one-game suspension.

This, while  Beckham  appeals his one-game suspension for a flagrant blow to Norman’s head.

Expect the NFL to announce this in their way on Friday, and we’ll know precisely how many dollars will be contributed to the NFL’s equivalent of the Human Fund for the Panthers-Giants game.

On ESPN’s Mike & Mike radio show, Norman said: “The crazy part about all the unsportsmanlike conducts, I was just trying to be myself at the end of the day. I know one of those plays, I was in Cover 2, I was just jamming the man inside of the play and I got a personal foul called against me. And that was in the confines of the play, within the whistle.

“That wasn’t after the whistle, that was within the whistle. … They’re probably going to send me something about that … but I’m going to appeal it, and I’m going to get my justified case about the whole situation.

“I just pretty much showed people what this guy [Beckham] really is and what he stands for. I just don’t feel like that’s a part of the game that should be played. If you want to play, let’s play it straight up, let’s do it the right way.”

Whatever the total amount, Norman alone is on the hook for more than $26,000, pending appeal. Beckham reportedly is appealing his suspension Wednesday. Norman has also appealed.