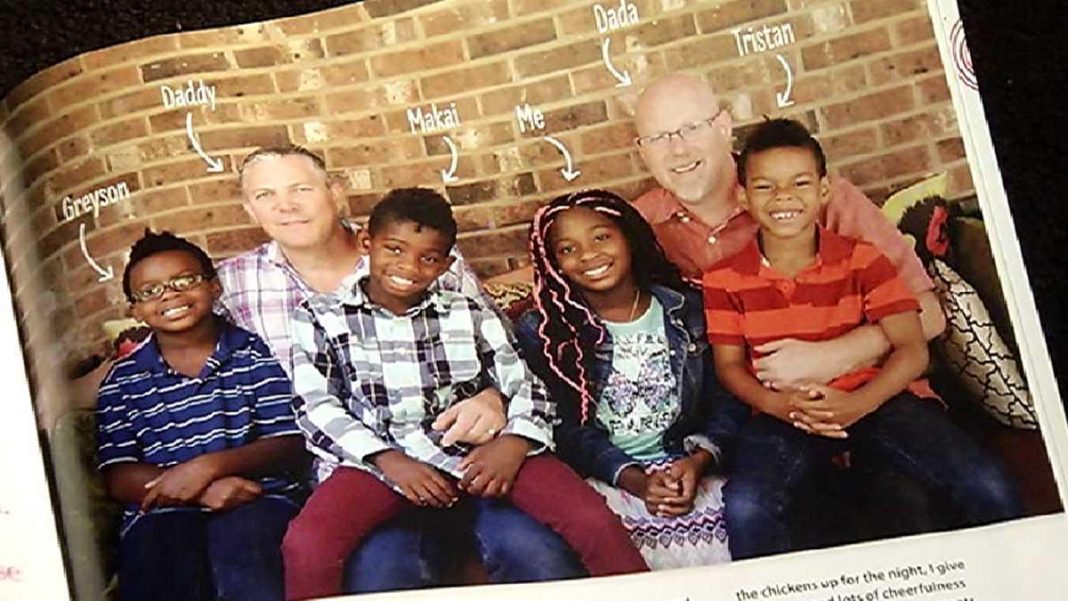 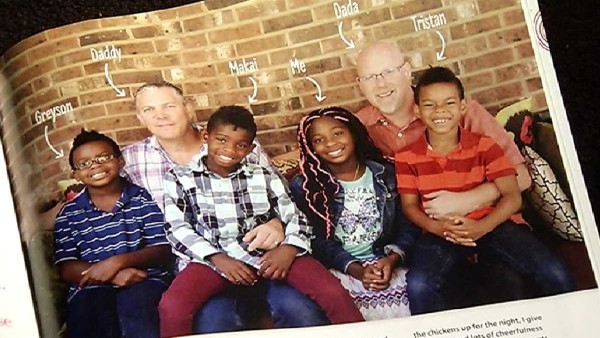 I remember growing up in Los Angeles. We had nothing. Not a car, not a house; in fact, we lived on top of a dry cleaning business in a studio apartment, and I pulled my twin size bed out of the closet every night. Out of all the things we didn’t have, the resounding constant in me and my brother’s lives was love from our parents. While I may not have gotten that easy bake oven I asked for every year at Christmas; I got as much love as my mom and dad could give us.

Growing up without the material things other kids had sucked. But imagine growing up in foster care where you not only go without your wants, but without your needs. You know, safe living spaces, a blanket to cover yourself at night when it gets cold and the love of adults in your life that no matter what is going on in the world, when you look at them, you know you’re going to be alright. I imagine that any child in that position would not care if the couple who finally adopt them are two gay men of a different race. So why the hell does anyone else give a shit?

Recently, a young black girl named Amaya Scheer and her parents, Rob and Reece Scheer, was featured in an American Girl Magazine article. The writer of the piece focused on Amaya’s experiences in the foster care system, a situation she was in for several years along with her brother (the men adopted him too). She told the magazine about her hobbies and what she, as an 11-year-old girl, liked to do. While most people have been touched and inspired by this harrowing story with a happy ending, One Million Moms (OMM), a watchdog group are not. They have chosen to turn this beautiful tale of loving individuals wanting to change the lives of foster children into an ugly, disgusting and hate filled headline about what they consider to be sin and the deteriorating moral compassion this country is experiencing on its way straight to Hades.

For the record, to hell with people who think that gay and lesbians are not fit to adopt, raise and have children. I am tired of hearing the bogus ass, lame ass, ignorant ass excuses why they believe children are better off in a system that leaves them vulnerable to abuse and mental health issue than in an environment that offers them stability, love and a chance at having a real family. No, having two moms or dads does not mean the child will be gay and by no means, I mean none at all, does it mean that the people seeking to give these children homes have ulterior, sinister motives. Grow the fuck up!

One Million Moms are calling for a boycott of Mattel, the toy company that produces the dolls and the magazine, is like one great big walking Kim Davis/Mike Huckabee monster. They tout their religion on their sleeve instead of allowing their faith, or whatever you want to call it, to show through works that help improve other’s quality of lives.

Yes, OMM is criticizing American Girl for their “poor judgment” in choosing a family that desensitizes “our youth by featuring a family with two dads.” Oh and because homosexuality is “wrong,” they claim, “The magazine also could have chosen another child to write about and remained neutral in the culture war.

How can a group of women who are considered to be the core of all humanity be so heartless? How can they not look at this story and their first response not be, “Thank goodness those children are safe and cared for?” How can they proudly criticize bringing awareness to an American issue that so desperately needs a solution? These people are delusional, and the spewing of their anti-gay conservative agenda is helping no one.

News flash conservative bigots who pick and choose who they deem worthy of a moral pass: there is nothing, you hear me, not one damn thing you can do about homosexuality, gay marriage or anything to do with gay people, in this country. Nothing. Stop criminalizing individuals who are just trying to live their lives and make the world a better place. Stop hating on people (and justifying your hate) who don’t fit into your warped, elitist, good ole boy train of thought.

This group of women, who is an extension of the American Family Association, made no mention of the fact that Rob Scheer started a non-profit organization called Comfort Cases that provides supplies for underprivileged children, specifically foster children. They didn’t mention that the Scheers adopted another sibling duo. As Rob Scheer said,

“It’s about kids in foster care that are carrying trash bags with their belongings.”

This is not about getting on one’s high horse for the sake of hearing yourself speak or needing to check a box on your agenda.

OMM is doing what conservatives and narrow-minded religious zealots do- sensationalizing stories for the purposes of furthering their own twisted program. They want to call American Girl out for trying to “desensitize children” to the reality of homosexuality, but I call them out for wasting our time and insulting our intelligence. There are far more important issues that need the kind of energy they are putting into battering American Girl and its story on the Scheers. If they really are “tired of all the negative influences, our children are forced to contend with” they should reconsider what they are doing because this little hissy fit they are throwing seems pretty negative to me.

Their insensitivity and total neglect for the real point of the story leaves me speechless. To wage an online attack on a publication that brought awareness to an American problem all because two “sinners” are mere players in this story is not very American of them. In fact, it is downright shameful.

Anytime a loving couple that can provide a positive childhood experience to children longing to have the stability of a secure family life have the opportunity to do so; it should not matter who they love.