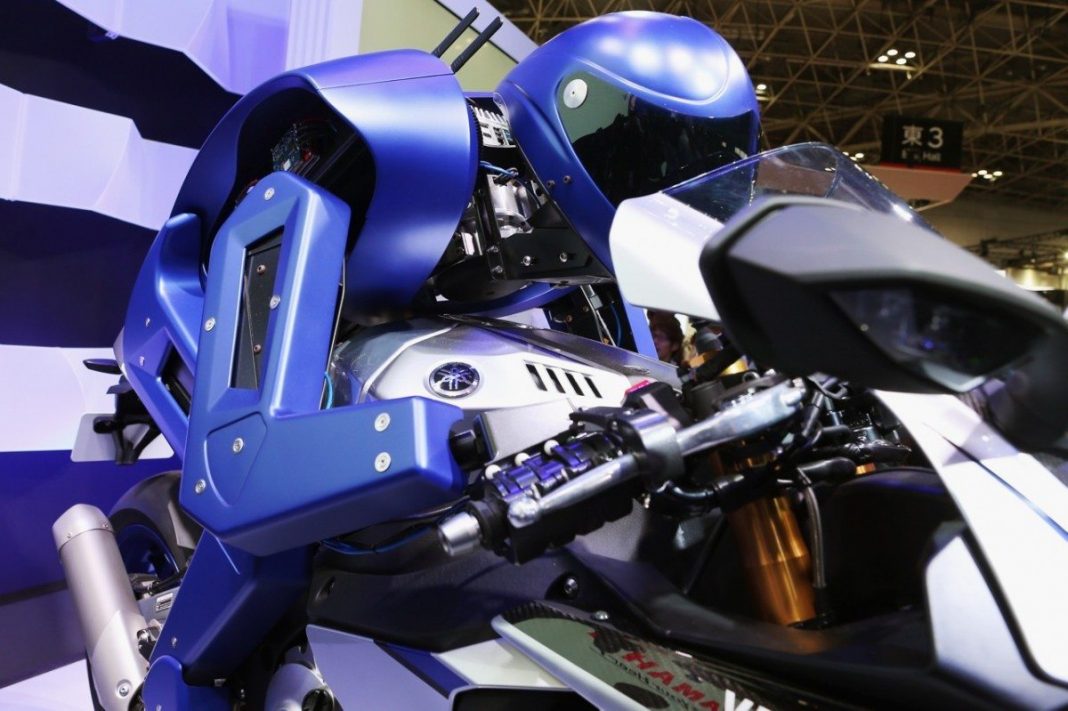 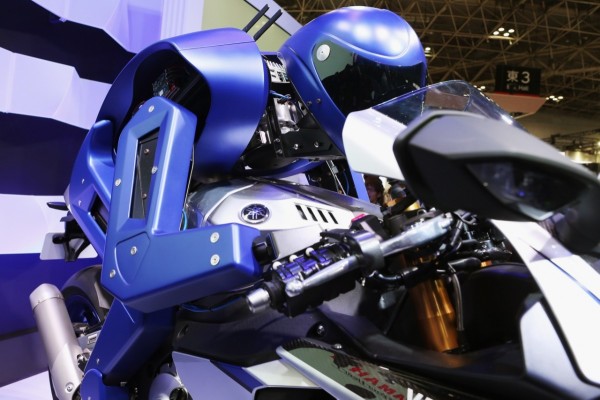 Yamaha, one of Japan’s premier motorcycle producers just came up with Motobot. A motorcycle-riding robot during the recent Tokyo Motor Show. The Motobot is a humanoid looking robot rider that rode an unmodified 1000cc R1M motorcycle. The bike was unmodified except for elevated training wheels on the sides. The purpose of Motobot was to design better safety systems for its motorcycles. But can this robot be applied to other fields such as law enforcement?

Motobot is basically a robot equipped with systems that enable it to ride, balance and control a real motorcycle as humans do. The unit was pre-mounted on the motorcycle and is shaped like a humanoid rider for additional flair. The motorcycle itself is launched during the test and has training wheels as Motobot himself could not walk like Honda’s Asimov, mount the vehicle and ride away. Though its performance as a rider, balancing a large bike and completing a lap around the track was excellent. Many are probably expecting Yamaha to take a page from modern bipedal robotics designs and create a better riding Android in the near future.

But the true purpose of Motobot is not only to demonstrate that Yamaha can create a robot that can ride a motorcycle. Motobot is the modern equivalent of a crash test dummy for motorcycles. An expensive crash test dummy that doesn’t really need to crash but rather take various readings while riding that may not be possible using a real human rider. That’s for those who might ask the question as to why not slap a dozen sensors on a real rider? Yamaha might crash Motobot anyway later in the future to get proper readings on that too. The readings will be used to design various rider-support systems for rider safety.

“We want to apply the fundamental technology, and know-how gained in the process of this challenge to the creation of advanced rider safety and rider-support systems and put them to use in our current businesses, as well as using them to pioneer new lines of business,” –Yamaha

Though successful in the venture, Yamaha feels like it has some long ways to go…

But the technology to create a robotic rider has now been proven, and as mentioned, Yamaha might be able to create a full-blown humanoid robotic rider in a few years. One that can mount a bike, and ride away to some unknown destination. Japan has been going all out with Android technology recently, creating humanoid receptionists, waiters and bartenders. Motobot could even be your next mail carrier, messenger or courier by fully taking advantage of GPS and mapping technology and deliver messages and parcels much like Amazon’s drones. In Japan, they like things more respectful and professional and the drone could take a bow before handing over its cargo.

Possible application in law-enforcement may not be far behind too. Look up the film Chappie, where robots are used for law enforcement. With law-enforcement, quick response is a must and giving a Chappie robot the ability to ride a motorcycle can put it in league with Robocop. We’re going a bit over the top here as there’s still some debate regarding autonomous robots and drones acting as cops and soldiers. But robots, under the remote control of a person as with Chappie could save the lives of police officers. They can be used in crowd dispersal, shootouts, and quick bomb disposal as well as search and rescue. The ability to ride a motorcycle should quickly get them to places where they’re needed real quick in lieu of shipping them via van or truck.

But that old premise of using robotics and drones to save actual lives. We’ve heard that one with Terminator, Iron Man 2, Robocop, I Robot and other AI flicks. Hopefully, it doesn’t need to come to that. Even the greatest minds in science like Stephen Hawking warn us not to plunge into that rabbit hole. Motobot simply gives us the possibility of sending a humanoid drone to perform various tasks quickly by having the ability to ride a bike. Delivering parcel, it may be okay to be completely autonomous but when dealing with human lives, someone still needs to be behind the wheel.