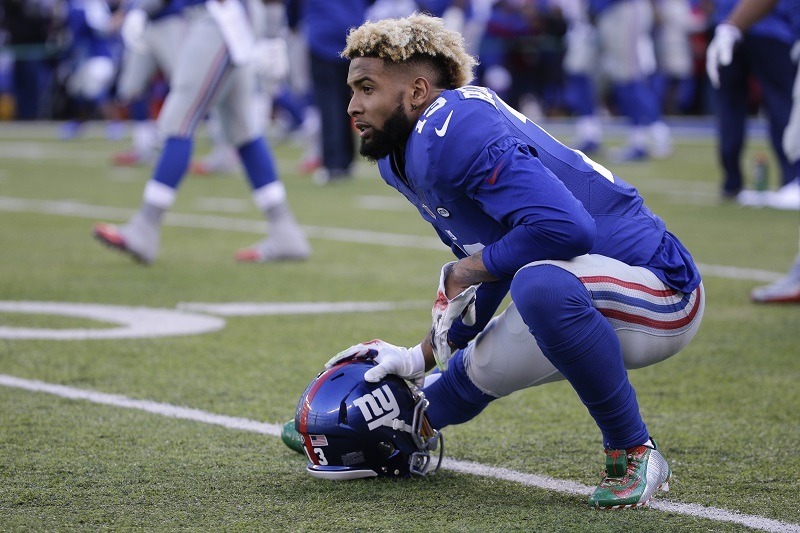 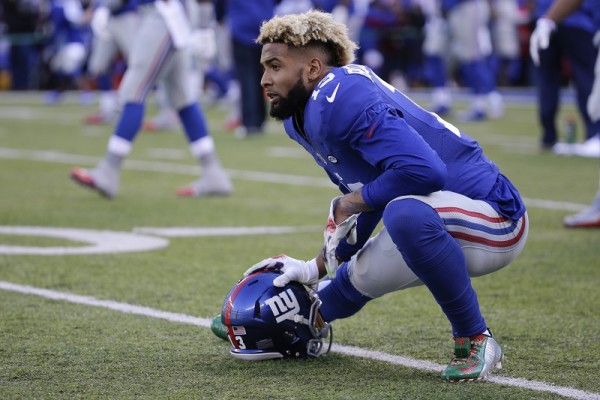 In an appeal hearing today in New York, the NFL decided to uphold the one-game suspension handed down to New York Giants receiver Odell Beckham Jr. for his actions in Sunday’s game against the Carolina Panthers. Beckham, who has 91 catches for 1,396 yards and 13 touchdowns this season, took Panthers cornerback Josh Norman to the ground during a scuffle and was also whistled for a helmet-to-helmet hit away from play that many feel should have resulted in his ejection. He will be reinstated next Monday.

Not long after news broke that Carolina Panther’s Josh Norman was also being fined, it was announced that New York Giants receiver Odell Beckham Jr.’s one-game suspension was upheld Wednesday after a hearing conducted at the NFL’s offices in New York.

Beckham was suspended Monday after his actions in a 38-35 loss Sunday against the Carolina Panthers, in which he was flagged three times for personal fouls, including one non-football play in which he launched himself at Panthers cornerback Josh Norman, hitting him in the jaw with the crown of his helmet.

On Wednesday morning, media reports announced that Norman was fined $26,044 for his role in sparring with Beckham.

Upon the announcement of the appeal decision, Beckham issued an apology on Twitter for his actions on Sunday.

Panthers practice squad player Marcus Ball – who was seen wielding a black baseball bat before the game while engaged in trash talk with Beckham – denied that he threatened Beckham, according to NFL Network‘s Jeff Darlington.

“If I had a dollar for all ex-girlfriends that had false allegations about me … ,” Ball said, according to Darlington.

That came in response to comments from Giants punter Brad Wing, who spoke to local reporters Wednesday and said he had an up-close account of what happened during pregame warmups on Sunday.

Wing said he heard Ball tell Beckham, “I’ll be the reason you don’t play today … and other days.”

Wing added that he did not hear the Panthers use homophobic slurs toward Beckham, though he said the receiver has been subject to them throughout the season.

When Norman was asked Wednesday if he used any homophobic slurs against Beckham, he responded: “I don’t know what you’re talking about.”

All of that followed Giants coach Tom Coughlin issuing a statement to start his regularly schedule Wednesday news conference to preview the week’s opponent.

“The only thing I’ll say about the incident that occurred the other day in the game that everyone is preoccupied with right now is the fact that to depict this as Odell Beckham being wrong, and the only one wrong, is not right,” Coughlin said. “It’s not fair. It’s not justice. It’s not the way it was. If you’re naïve enough to think that way, then you better do some soul-searching yourself.

“Beckham certainly was wrong, and we said he was wrong from day one. But there were factors involved, starting in pregame, which are well-documented, which indicate that there was an attempt to provoke him. He was provoked, he was out of control, he was wrong, there’s no doubt about it. You’d like that that didn’t happen. But the fact of the matter is, if you know that, the situation pregame with the baseball bat and if you know what occurred at the very beginning of the game, you can understand that there was two sides to this and not just one. And that’s the only thing I’ll say about that incident.”