North Shore Animal League America is teaming up with Beth Stern once again to support Gabriel Cordell, as he ventures on a four-day “roll” across New York to raise money for a new addition to North Shore’s Long Island Campus.

From October 6th to October 9th, Long Island resident Gabriel Cordell will be embarking on a journey as he manually rolls himself in his wheelchair, fueled only by his muscle and determination to raise money for North Shore. The funds raised will go directly to building Bianca’s Furry Friends Feline Adoption Center, which will extend off of North Shore’s current Long Island location.

Gabriel was paralyzed in 1992 when he was just 22-years-old, as he was involved in a tragic car accident. The accident was caused when his jeep was hit by another vehicle, whose driver failed to stop at a red light. Gabriel was slammed into and ejected into the air, hitting a telephone pole which unfortunately crushed his vertebrate, permanently paralyzing him. Since then, Gabriel has conquered some huge feats in his life, including a remarkable journey across America in 2003, where he rolled for 99 days, 13 states, and travelled approximately 3,100 miles in a wheelchair. 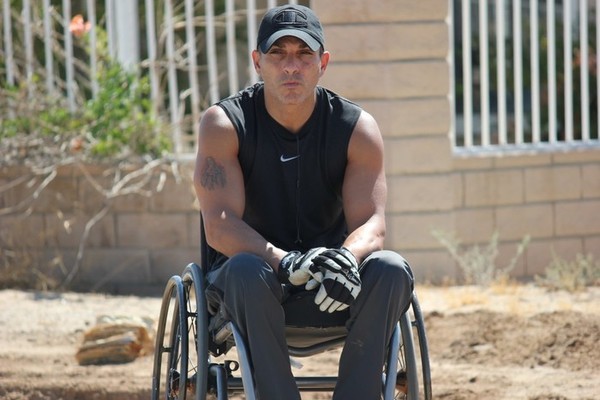 He has used his “set-back” numerous times now to raise awareness for important causes, including promoting tolerance and compassion in Israel (Roll for Peace in Israel). However, this is the first time he will be venturing out to raising money for North Shore, to help save the lives of countless dogs, cats, puppies and kittens. He hopes his 122-mile trek across Long Island will help shed light on shelter pets not only within the North Shore organization, but also around the globe.

North Shore Animal League America is the world’s largest no-kill animal rescue and adoption organization. Since 1944, North Shore has been able to place over 1,000,000 companion pets in the loving home they deserve. The organization is planning to expand its impact on innocent animals’ lives by building Bianca’s Furry Friends Feline Adoption Center. The Center will be a state-of-the-art addition in Long Island, spanning about 15,000 square feet. The facility will be built in hopes of accomplishing two goals: Saving the lives of as many cats and kittens as possible, while also freeing up space in their other centers to rescue more dogs and puppies.

In a press release Gabriel explained his goal: “I’m a Long Island boy through and through. It doesn’t matter where I live at the moment or where I am in the world, Long Island will always be home and I want to do something to give back to one of it’s most respected organizations. North Shore Animal League America is a place that means so much, to so many people.”

Gabriel will be wheeling himself approximately 30.5 miles per day, starting from the famous Montauk Lighthouse on October 6th and finishing at North Shore Animal League America’s Port Washington, NY campus on October 9th.

Animal League America Volunteer and Spokesperson, Beth Stern decided to team up with Cordell as she believed his spirit and resilience was very reminiscent of what she has seen in many of the shelter animals she has encountered since volunteering and partnering with North Shore. Beth explains: “Every day I watch the brave cats and kittens I foster demonstrate amazing courage and resilience, turning misfortune into joy and inspiration. And now I see the same spirit in Gabriel Cordell. Please give what you can to support Gabriel’s beautiful dedication to saving innocent lives.”

You can not only support Gabriel, but also help save the lives of cats, dogs, puppies and kittens in need, by donating to and raising awareness for the Roll with Me Long Island event. You can check out the event page and donate at: