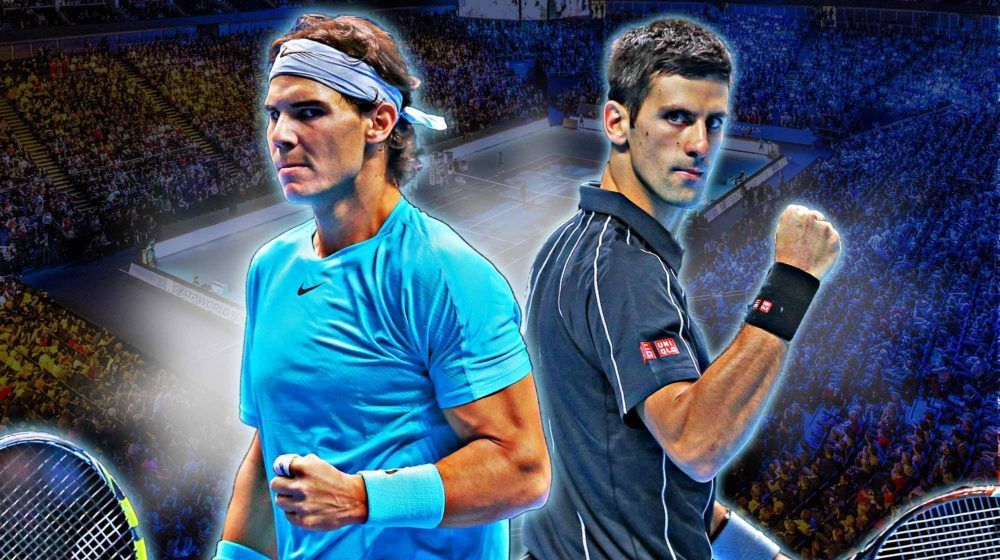 The day of tennis in the men’s draw is complete at the 2016 Rome Masters. In what was a memorable day of tennis, three underdogs advanced to the quarterfinals in a draw that is looking at least half upside-down. However, the day will also be remembered for some wonky scoring lines even where there wasn’t a major upset.

The first upset of the day saw Roger Federer‘s 2016 Rome Masters come to an end. The Swiss Maestro, after missing so much time this season, won’t be happy about losing in the round of 16 in a Masters Series 1000 event. It was Dominic Thiem, the young Austrian, that eliminated Federer in a match that ended in straight sets 7-6, 6-4.

Federer’s elimination was followed in short order by the elimination of David Ferrer. Lucas Pouille of France took the Spaniard out of the tournament without much trouble, posting a straight sets 6-4, 6-1 victory. Pouille is only in the tournament as a Lucky Loser, meaning that he was actually eliminated in qualifiers. However as the top-ranked player to see elimination in the final round of qualifying Pouille was eligible to replace anyone that dropped out of the tournament before contesting their opening match. When Jo-Wilfried Tsonga withdrew, Pouille subbed in, and he now has a winnable match in the quarterfinals.

Pouille will face Juan Monaco next; the Argentine also pulling off an upset in the Rome draw. Monaco defeated Stanislas Wawrinka in three sets, coming from well behind in the match after dropping the first set and after falling behind by a break in the second. As far as Swiss tennis goes right now, neither Wawrinka nor Federer appear poised to do any damage at the upcoming French Open. But Pouille and Monaco, both only in the draw on technicalities (Monaco has a protected ranking), are now effectively in a coin toss for a coveted spot in the Rome Masters. Even if neither makes the final, a semifinal result will inject some life into either player’s career at this point.

The other matches from Thursday did not feature a major upset although David Goffin did defeat Tomas Berdych. Mild as the upset might seem, the result was 6-0, 6-0, a shocking scoring line against any Top 10 player against any opponent.

Novak Djokovic advanced through Thomaz Bellucci on Thursday, but only after a shocking start to the match as well. The Brazilian took the first set 6-0 off of the Serb, the first time that Djokovic has lost a set that badly since the 2012 Cincinnati Masters. The World No. 1 righted the ship and won in three, and he will next face Rafael Nadal, himself a three-set winner over Nick Kyrgios.

Andy Murray and Kei Nishikori also both advanced, the Scot beating Jeremy Chardy handily and Nishikori doing the same to Richard Gasquet. The complexion of the draw heading into Friday is now as follows:

There isn’t a heavy favorite in any one of those matches with Djokovic, Nishikori, Monaco, and Murray the likely semi-finalists.