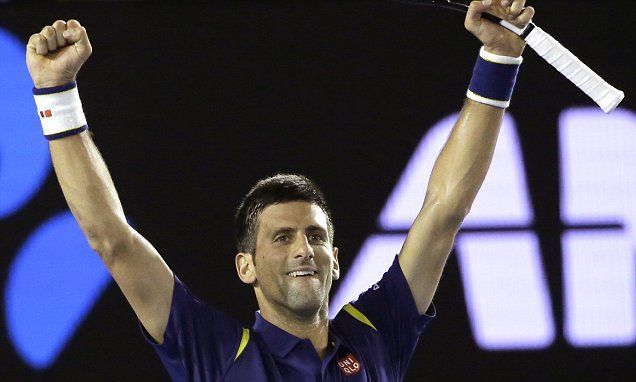 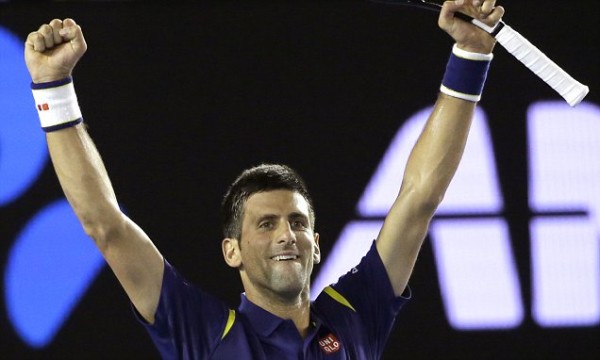 The 2016 Australian Open is complete as Novak Djokovic concluded the event on Sunday night with a straight-sets victory over Andy Murray 6-1, 7-5, 7-6. The win gives the World No. 1 his sixth title from Melbourne Park in addition to three titles from the All England Club and two from Flushing Meadows. Even with the French Open goose egg, Djokovic is starting to enter long-term radar with regard to Roger Federer‘s records for most weeks at No. 1 and most Grand Slam singles titles.

Federer currently has 17 Grand Slam singles titles, a mark that I don’t see budging any higher. With each passing Slam, Federer is only getting older and, slow as they may seem, it can’t be that long before younger players stop brown-nosing the Swiss Maestro and actually start beating him. Djokovic now has 11 Slams following the 2016 Australian Open, meaning he needs 7 more to surpass Federer.

That still leaves a ton of work to do, but I think the conditions are definitely right for Djokovic to make a charge at Federer’s Slam total. Firstly, Djokovic owns his main hard court competitor as Murray, at times, seems all but resigned in the big matches against the Serb. For sure, there is a fire in Murray’s game still, but it’s not as passionate as it has been in year’s past.

Is he tired of trying to beat Djokovic? Are his interests changing following his marriage and expectation of a child? Who can say, but there were unusual nonchalant smiles on Murray’s face as Djokovic defeated him in the 2016 Melbourne Park final.

Another factor that makes the conditions right for a prolonged period of Djokovic dominance is the fact that Rafael Nadal is nowhere near Grand Slam contention at this point in his career. The Spaniard’s early exits in recent Slams show that he’s not playing anywhere near good enough to challenge Djokovic, an iron man player that does not struggle with injuries.

Stan Wawrinka‘s results have faded since winning the 2015 French Open, and he’ll be 31 years old this year. I don’t see him solving a Grand Slam draw again while the younger up-and-coming challengers are not all that interesting yet.

On that note, Milos Raonic has barged his way into the center lights of tennis hopefuls for players born after 1987, the year of Djokovic’s birth. Only Marin Cilic and Juan Martin del Potro are players born in 1988 or later that have claimed a Grand Slam, with both losing significant chunks of their careers to injuries. But Raonic, as much as it pains me to write it, could end up a very similar player.

That he was able to negotiate his way to the Australian Open semifinals is an enormous achievement, and it’s very impressive that he defeated Federer in Brisbane. But the scene in the semifinals where he took a two-sets-to-love lead over Murray, only to have his body fail is one that we could get used to. I think if Raonic contests the next 24 Grand Slams, he’s a fifty-fifty proposition to win just one of them.

I regard the Canadian in high esteem for character and mental strength. However, guys his size only win the rare Slam and often at great expense. I don’t see Raonic taking Djokovic out of a Grand Slam draw in the late stages. Instead, where Raonic is competitive, I see Djokovic having more wherewithal to cross the finish line – much like Murray had against the Canuck a couple days ago.

Grigor Dimitrov and Kei Nishikori both have plenty of work to do before they can get close to Djokovic’s game. That was proven just days ago when the Serb’s highly-touted quarterfinal match against Nishikori ended up being a yawner. Furthermore, Dimitrov didn’t have a lot against Federer, a player that Djokovic subsequently owned.

“Who can beat Novak Djokovic at the 2016 Australian Open?” is the question I asked ahead of the 2016 Australian Open. Writing on January 13th, I remarked: “While victory in Melbourne is far from certain for the World No. 1, there have been few Grand Slam men’s singles tournaments in recent memory that have featured such a heavy favorite.”

At present there isn’t a single player in the entire world that you would point at with any confidence of providing worthy competition on the hard court surface. Sure, there will be shots in the dark where a match like the Gilles Simon one ends up competitive. But given how resilient Djokovic is to injury, given that he is still just 28 years old, and given that Borna Coric, perhaps a future No. 1, seems to be far away from developing into even just a Top 10 player – who will beat Djokovic consistently over the next two seasons?

Djokovic could win five of the next seven majors, that would put him at the doorstep for Federer’s total, and those results would keep him ranked No. 1 for a long time to come. Currently, Djokovic needs to stay ranked No. 1 for more than two years to even approach Federer’s record for cumulative weeks on top of men’s tennis, a total which sits at 302 weeks.

Some might think it’s still too early to talk about such records and, for certain, there’s a long way for Djokovic to go. However, at present, there’s even a further way for the other players to go in trying to stop him.

I think the 2016 season for Djokovic will be a carbon copy of last season in terms of winning percentage and title counts. You have to think there will be a lull at some point in the season, but he’s still a cinch to end the 2016 calendar year ranked No. 1.