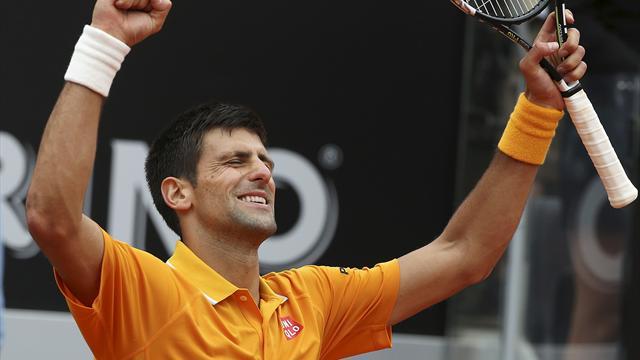 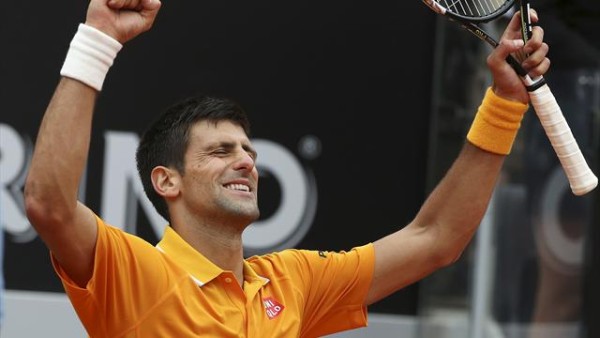 He didn’t need to prove it, but Novak Djokovic has truly firmly planted his status as the 2015 French Open favorite, sadly pushing Rafael Nadal out of the way. What is exciting is that there will be two tennis players at Roland Garros who have an undefeated record on clay this season with another one who’s won the open in nine of ten years. It’s something to really look forward to.

Roger Federer was seeking one of the few titles he hasn’t won in his illustrious career at the 2015 Rome Open, but top seed Novak Djokovic was more determined to win it for the fourth time. This match easily made up for the two lackluster ones the players had on Saturday.  The Serbian tennis star was victorious in just two sets 6-4, 6-3 in less than eighty minutes.

Number two seed Federer was also trying to make up for his last loss to Djokovic that he got at Indian Wells, but the Serbian tennis player has been on a tremendous roll and it looks like no one is going to stop him from breaking multiple tennis records this season.

This was the 39th meeting between Federer and Djokovic. They sit in second on the ‘Most Open Era Match-Ups’ list and are now just four meetings behind Djokovic vs. Rafael Nadal in first. Federer won their most recent encounter on clay at the 2014 Monte-Carlo Rolex Masters and owns a 4-3 overall advantage on the surface. 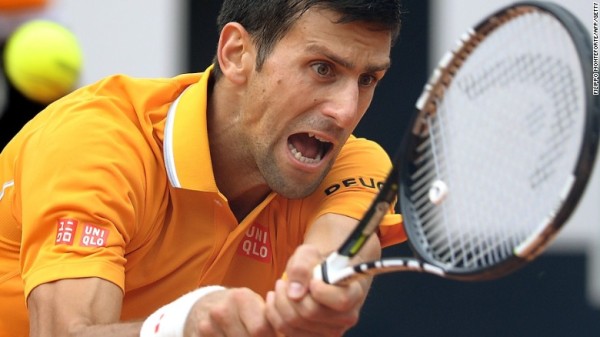 The World No. 1 clinched his fifth title of the season with victory over No. 2-ranked Roger Federer in the Rome final. Djokovic is now 21-18 lifetime in their FedEx ATP Head2Head series.

He has won four of the five ATP World Tour Masters 1000 tournaments in 2015 and is riding a 22-match winning streak, with his last loss coming to Federer on 28 February in the Dubai Duty Free Tennis Championships final.

Djokovic, who will celebrate his 28th birthday on 22 May, earned $628,100 in prize money and 1000 Emirates ATP Rankings points. He is now 35-2 on the season, which includes titles at the Australian Open (d. Murray), the BNP Paribas Open in Indian Wells (d. Federer), the Miami Open presented by Itauin Miami (d. Murray) and the Monte-Carlo Rolex Masters (d. Berdych).

Novak Djokovic comments about the match:

Translation: “It’s always a pleasure to challenge Roger Federer. Now I am very happy. I feel at home here. Thank you to the public. Every year is always too good to be back here. You’re unsurpassed.”

Roger Federer comments about the match:

“It’s been a wonderful week, I’m happy I chose to come and play,” says Federer while accepting his runner-up plate. “It’s been a good year so far, a good tournament, but Novak was too strong today. Congratulations, great effort, keep it up.”

Djokovic is on a 37-match winning streak at the highest-level tournaments: Grand Slams, ATP Masters 1000s and Barclays ATP World Tour Finals. The run dates back to his title in Paris-Bercy last November:

Set 1
A gladiatorial Roman clash fitting of the ATP World Tour‘s top two players, both Djokovic and Federer entered the iconic Foro Italico eager to notch another victory in their fierce rivalry.

The top seeded Serb witnessed a slip in return efficiency this week in the Italian capital, marked by a combined 46 per cent break points won, and the question would be whether he could stem a dominant serving run from the second seeded Swiss. Djokovic had boasted an average 44 per cent total return points won entering the week, yet he has failed to crack the 40 per cent mark in three of his four matches in Rome.

The ball was flying off the Centrale clay in the early stages on Sunday, with Djokovic capturing his first 10 of 11 points on serve. The World No. 1 had grinded for a combined seven hours, 25 minutes on court entering Sunday’s final, while Federer spent three hours fewer in reaching his fourth title match in Rome, so holding in a quick, efficient manner would be critical for Djokovic.

The Serb’s serve came under fire at 4-all as Federer conjured a 0/30 lead, and after forcing the game to deuce, he would get his first break chance. But a methodical Djokovic would hit his spots to hold, edging ahead 5-4. Hard to believe that Federer had a break-point chance at 4-4 in the first set. Had he converted there, it might have been an entirely different match. Instead, Djokovic won eight of the next 11 games and a majority of the points. That was the only break point he faced all day.

The top seed pulled to within two points of grabbing the opener at 15/30 in the next game, but Federer quelled any thoughts of a break….for the moment. At deuce, Djokovic rifled a return winner that clipped the edge of the tramline and would convert on his first set point to wrap up the opener in 39 minutes. He struck 11 winners and won 89 per cent of first serve points.

SET 2 –
For the second straight year, Djokovic entered the Rome final having dropped three sets. Last year, Djokovic found his range and rhythm to stave off an offensive onslaught from Rafael Nadal.

Against Federer, he refused to let his foot off the gas as the second set commenced. The Swiss would have his moments of brilliance, powering a backhand winner down the line to save a second break point in the second game, but it was not enough. Djokovic took the early lead with a break for 2-0 and consolidated for a three-game advantage behind a total 30-12 baseline points won.

Federer was ruthless off the ground against Stan Wawrinka in Saturday’s semi-finals, but with Djokovic standing tall and taking the ball early, he found himself struggling to make inroads from the back of the court. Serving at an indomitable 73 per cent for the match, Djokovic secured his fourth Rome trophy in 76 minutes as Federer struck a forehand wide on match point.

This marks Novak Djokovic’s fourth win at the Rome Open in a short but satisfying match and now on to the 2015 French Open where our Shane Lambert gives his reason why Rafael Nadal still has a shot at winning.