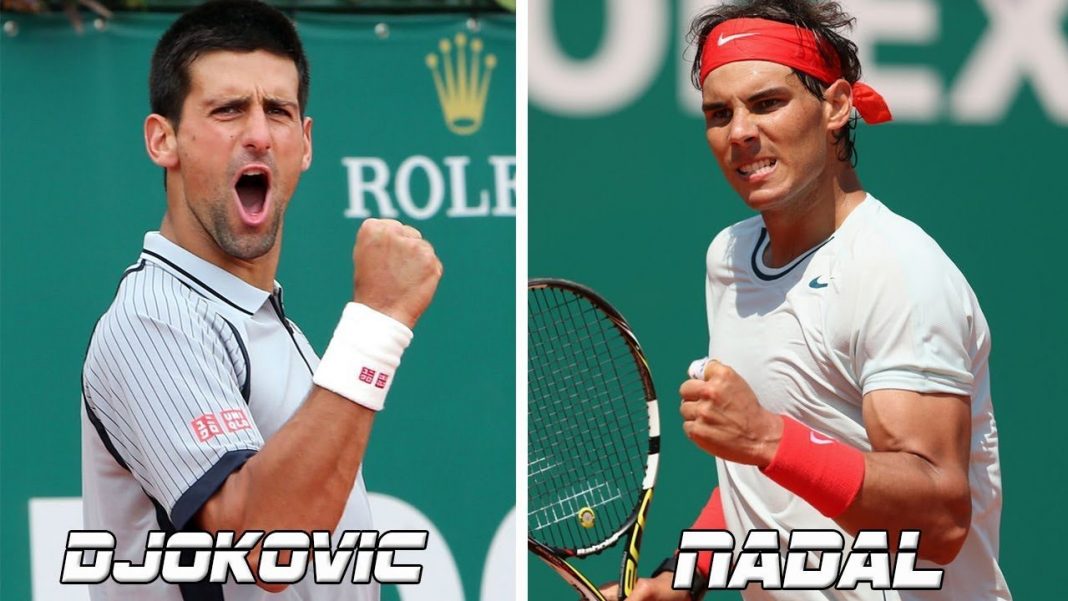 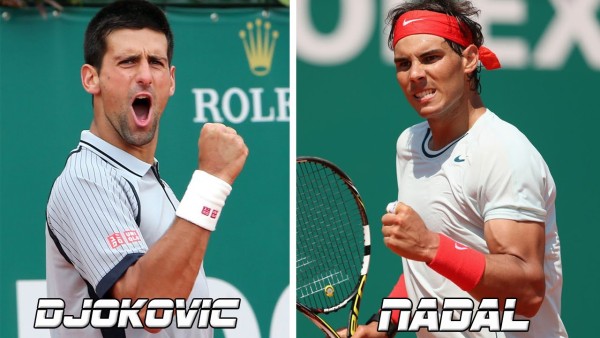 This is the match everyone has been waiting for, and it’s finally happening when Novak Djokovic steps into the ring…errr court with Rafael Nadal. It actually feels like it’s a ring since these two contenders have something major to prove at the 2015 French Open. Djokovic wants to finally add this title to his long list and Rafa wants to pick up a tenth Roland Garros trophy.

Anticipation is high for Wednesday’s game and tickets are extremely hard to come by now, but what’s most interesting is that while this feels like a finals match, it’s only the quarter-finals. The draws were interesting this year as the power trio: Novak Djokovic, Rafael Nada, and Andy Murray were on one side while Roger Federer had it much easier all my himself on the other side. It didn’t turn out so easy as Federer wound up getting beaten by Stan Wawrinka, who did the same thing to Nadal at the 2015 Rome Open.

Stan Wawrinka advanced to theRoland Garros semi-finals for the first time Tuesday as he upset countryman Roger Federer 6-4, 6-3, 7-6(4) in blustery conditions in Paris. Wawrinka beat Federer at a Grand Slam championship for the first time (Federer was previously 4-0 at majors). The Lausanne native is through to his fourth major semi-final; he went on to win his first Grand Slam title at the 2014Australian Open (d. Nadal). The 30-year-old Wawrinka goes on to face either home favourite Jo-Wilfried Tsonga or Japan’s Kei Nishikori in the semi-finals. 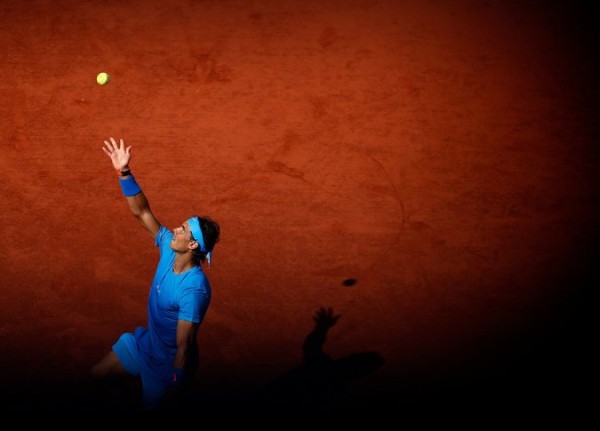 Rafael Nadal, the nine-time French Open champion, will indeed face Novak Djokovic, the world’s indisputable No. 1 player, in the quarterfinals at Roland Garros.

That heavyweight bout — a final of sorts before the final — is to be fought on Nadal’s 29th birthday, and Nadal, the greatest clay-court player in history, will presumably need to be at or near his very best to keep it a festive occasion.

Nadal advanced out of the fourth round on Monday with a 6-3, 6-1, 5-7, 6-2 victory over Jack Sock, a young, unseeded American whose power and hustle helped turn a rout into a contest.

Nadal faltered after serving for the match at 5-4 in the third set, but Djokovic had fewer problems in closing out his 6-1, 6-2, 6-3 victory over Richard Gasquet, the 20th-seeded French veteran.

“Now we can talk,” Nadal said, finally addressing the Djokovic match after refusing to look ahead earlier in the tournament. “It’s probably the toughest quarterfinal in my career here at Roland Garros, without a doubt.”

It is, quite possibly, the highest-profile men’s quarterfinal of the Open era. Nadal is on the quest for “La Decima” — a 10th title in Paris. Djokovic is trying to win the only Grand Slam singles title he lacks, having been thwarted here six times by Nadal in the past decade. 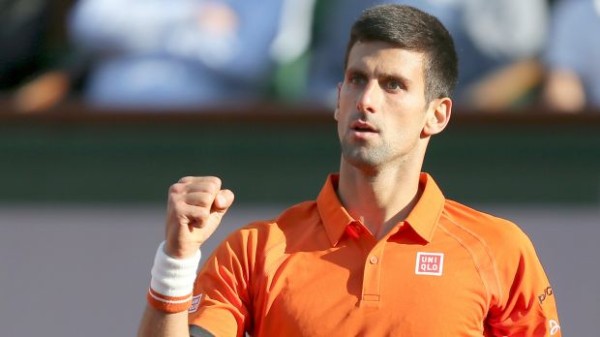 The only recent quarterfinal with this kind of heft was the 2001 duel between the American yin and yang, Pete Sampras and Andre Agassi, at the United States Open. That produced one of their finest matches, won by Sampras after four tiebreakers.

But both of those superstars had already won in New York. Wednesday’s match has more at stake and could also represent the end of a remarkable era of dominance for Nadal, who is 70-1 at the French Open but has lost five matches on clay, his favorite surface, this year. That is more defeats than he had on clay from 2006 to 2010.

His downbeat season, full of out-of-character mis-hits and abrupt dips in form, explains why he is seeded only No. 6.

“It does feel different, because it’s quarterfinals,” Djokovic said. “I’m not used to playing him that early. But you know, that’s the reality, and that’s a challenge that both of us have to accept. It was always a possibility before the draw came out because he dropped in the rankings.

“Playing him here and playing him in any other tournament in the world is completely different. Conditions are very suitable to his style of the game.”

The quarterfinals in the bottom half, to be played Tuesday, will match Kei Nishikori of Japan against Jo-Wilfried Tsonga of France and, in the latest all-Swiss matchup, Stan Wawrinka has beaten Roger Federer.

Federer roared past Gaël Monfils on Monday in a fourth-round match that had been halted at one set each on Sunday because of fading light. Monfils’s last two shots before the interruption were clean winners, but the night’s rest did him and his momentum no favors, even though he had been hoping to use the break to recover from an illness that he said had left him feverish on Sunday.

Federer looked particularly sharp and explosive off his forehand wing and was moving convincingly as he closed out the 6-3, 4-6, 6-4, 6-1 victory. With a record 17 Grand Slam singles titles but only one French Open title, Federer was asked whether he had begun to think about what it might mean to win in Paris again at age 33.

“It would be unbelievable, no doubt,” he said. “Everything crosses your mind as you sit at breakfast, and you have, for once, a quiet moment when the kids are not right there. I mean, I don’t know. I’m realistic. I know there is a chance. At the same time, I know how hard it is.”

The top half of the draw clearly presents the rockier road, but in truth, every man remaining has serious credentials. All eight quarterfinalists have reached a Grand Slam singles final.

For now, however, nearly all eyes will be on Nadal-Djokovic, which feels like a summit meeting that has been shifted unexpectedly to base camp. Nadal leads their series by 23-20. They have not played each other in a quarterfinal since 2007 in Rome, and their last three matches at Roland Garros were in the 2012 final, the 2013 semifinals and the 2014 final — all won, with varying degrees of great difficulty, by you know whom.

“You can write what you want if it sells, but this is not the match of the year,” Nadal said. “Matches of the year are finals, decisive matches.”

Nadal makes a fair point. Winning on Wednesday is no free pass to the trophy, and if it turns into one of their ultramarathons — like their 5-hour-53-minute tussle in the 2012 Australian Open — it could definitely sap the winner’s strength for the heavy lifting to come.

“I’d be very surprised if this is not a tight match,” said Paul Annacone, who has coached Sampras and Federer. “Before the tournament started, I favored Novak, and I still do. But I still think the hardest thing in men’s tennis is to beat Rafa three out of five sets on clay.”

For now, Nadal-Djokovic in Paris is undoubtedly the matchup of the year, at least until one of the Big Four has to try to stop Djokovic from completing a calendar-year Grand Slam — if he somehow gets that far.

The pressure would seem heavier on Djokovic, who is both the favorite based on his 2015 form and the man without a title here. But he is now so accustomed to bearing that burden that it may no longer be such a burden.

“Of course, it is a different approach, mentally, when you play Nadal in quarterfinals than any other player,” he said. “There’s no doubt about that. I’m going to try to keep my routine the same and not give so much importance to the match. I don’t want to spend too much energy before getting on the court, because I know that for me it’s necessary to have every source of strength and energy possible. And I know what to do.”

The tricky thing and, from a spectator’s perspective, the delightful thing is that Nadal does, too.

“He’s got to keep the ball deep, and keep the margins good,” Annacone said. “He can’t play short too often. He’s got to use his forehand up the line to back Novak up, and just have to play like the Rafa of old. If he does that, he’s got a really good chance, and if he doesn’t, he won’t win.”