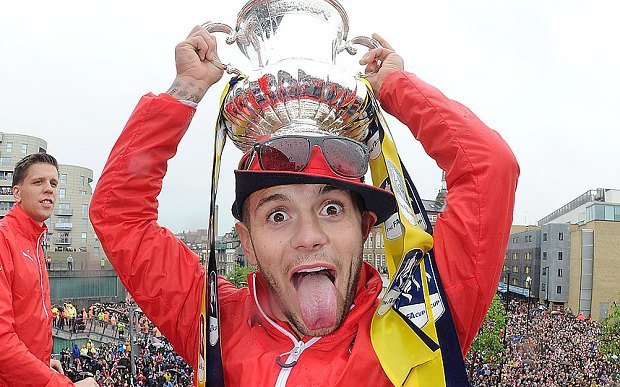 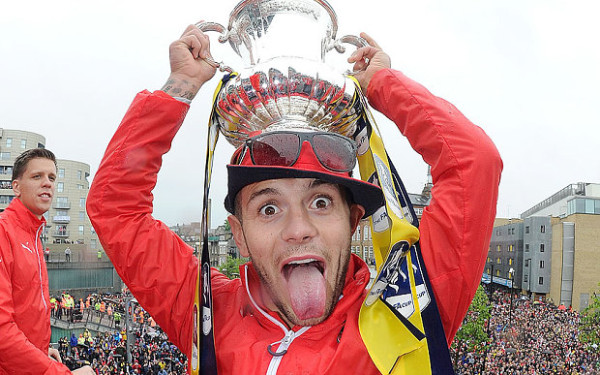 Arsene Wenger’s men have now become the most successful team in the history of the oldest club competition in the world after a win over Aston Villa on Saturday. With their second successive FA Cup triumph at the Wembley, Arsenal have surpassed Manchester United’s trophy haul of 11 FA Cups.

Aston Villa escaped relegation in the final weeks of the Premier League and it was expected that the Tim Sherwood’s underdogs could inflict some damage in the final. Both the teams were separated by 14 positions on the final Barclays Premier League table. There was an obvious disparity in the quality of both the squads. The North Londoners were the favorites after thrashing the Villans 3 – 0 and 4 – 0 in the league this season. Although there was still a ray hope for the Clarets and Blues’ supporters as there team had outdone Brendan Rodgers’ Liverpool in the semi-final.

Aston Villa couldn’t muster a shot on target throughout the ninety minutes. The Gunners completely dominated over Villa but they couldn’t find a breakthrough until the 41st minute. Theo Walcott, who was preferred over the French striker Giroud, opened the scoring. After the break, the Chilean forward Alexis Sanchez doubled their lead and Mertesacker headed in the third. The game ended 4 – 0 in favor of the Londoners as Giroud netted the fourth, a few minutes before the final whistle. Arsenal have now become the eighth team to successfully retain the FA Cup (to be known as The Emirates FA Cup from the 2015/16 season onwards).

Arsene Wenger is now the first manager in the post-war period to win six FA Cups. When asked if his men could replicate similar performances in the Premier League the 65-year-old claimed, “I think of course we can push on.

“Why not? We have won the league in the past when we had the potential to do it and that is what we want to do again.” 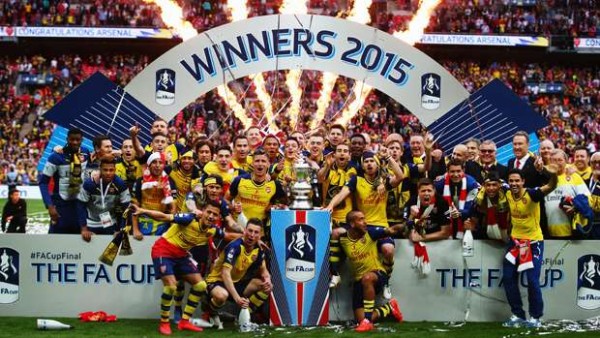 The Frenchman may have had to deal with a lot of critics in the second half of his 19-year reign, but he has iterated that his hunger to steer the club to glory hasn’t diminished by any means.

“I have two more years of contract and I will sit down with my directors and see how much they believe and trust,” he added.

“My hunger is great but I want to do well.”

Wenger’s opponent at the weekend, Tim Sherwood, has expressed his desire to be active in the transfer market but before that he’d be off for a holiday to clear his head

“It’s been draining. Since I came in here, it’s been non-stop,” he said. “I haven’t had time to think really. But I’m never going to be able to switch off. There’s a lot of work to be done and what we do between now and the summer will be crucial to how we perform next season.”

Sherwood has vowed to take Aston Villa back to the heights it deserves mainly because of the fantastic supporters of the club.

He added: “As much as I feel it [hurt] for myself I feel it for other people more. When I drove in here and saw the support it was fantastic. I feel for them. It’s such a big club and they are such good people around the club, and they’ve welcomed me. I wanted to win this trophy for them. Now I need to dust myself down and make sure this is a club they want to support again – and I will do that.”