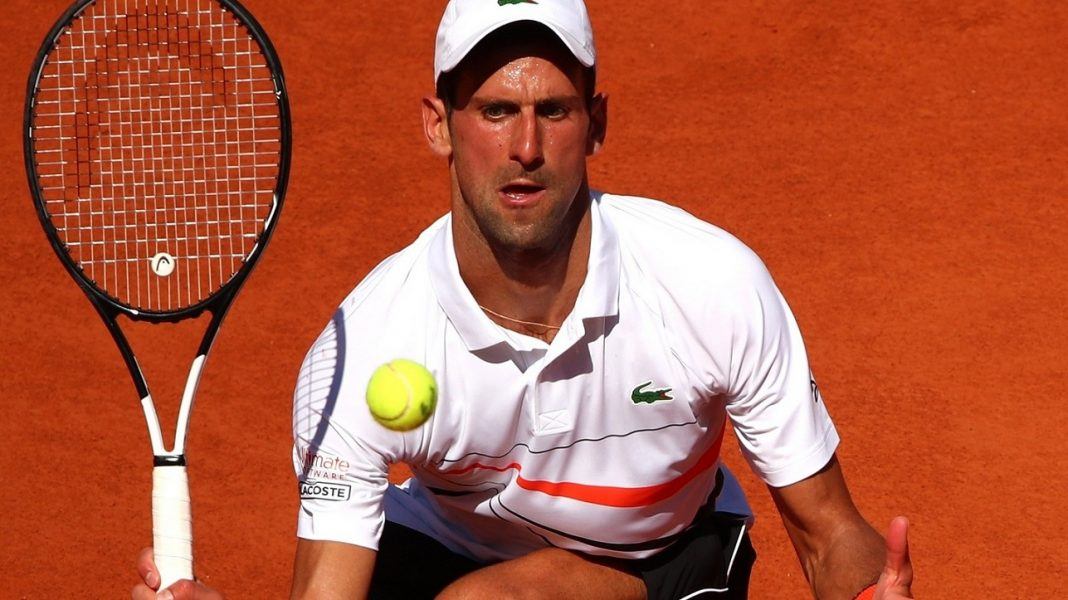 Unlike his upcoming opponent, Novak Djokovic has had a pretty smooth ride at the 2019 French Open, but he’ll be facing up with Germany’s Alexander Zverev, who will make him work for very point. Andy Murray is back on the courts, and frustration builds at Roland Garros over the no-replay restriction.

Novak Djokovic is into his record 10th consecutive French Open quarterfinal, something not even King of Clay Rafael Nadal has managed to do.

And Djokovic is yet to be challenged at all this year at Roland Garros. Not only hasn’t he lost a set — he’s only twice ceded as many as four games in a set.

Extending his Grand Slam winning streak to 25 matches and closing in on a fourth championship in a row, Djokovic was dominant yet again in the fourth round Monday, beating 45th-ranked Jan-Lennard Struff of Germany 6-3, 6-2, 6-2.

“Everything is coming together beautifully. I’m motivated to fight for the trophy, yes. I mean, that’s why I’m here,” said Djokovic, who owns 15 Slam titles, including one in Paris. “But it’s still a long way to go.”

It’s helped, certainly, that the No. 1-ranked Djokovic has not needed to deal with a single seeded foe yet. That will change now: He faces No. 5 Alexander Zverev for a spot in the semifinals.

Have things been too easy so far? Is it possible that Djokovic hasn’t had the proper preparation for what could be tougher going in the latter portion of the tournament?

“I don’t mind cruising along, to be honest,” he said with a smile. “I have plenty of experience, I think, dealing with situations where you’re facing break points or where it’s tense. I have played plenty of, I think, tight matches in my career, that I can rely on that experience.”

He added: “It’s good to be tested, from that perspective, but at the same time, it’s also good to cruise along and kind of conserve the energy for what’s coming up.”

He’s only 22, but Zverev has been touted as a future champion for quite some time. He has yet to play in a major semifinal, though, and mentioned Monday that he enjoyed getting to be a bit under the radar so far in this French Open, noting that 20-year-old Stefanos Tsitsipas, the sixth seed, was a subject of more focus until losing in the fourth round to Stan Wawrinka.

“For me,” Zverev said, “it was actually quite a nice thing that not all of the attention … is only going towards my way.”

Unlike Djokovic, he has not exactly had an easy path to the round of eight: Zverev needed to win two five-setters in addition to going four against Fognini.

The other quarterfinal on their half of the draw Wednesday will be No. 4 Dominic Thiem against No. 10 Karen Khachanov, who got past 2009 U.S. Open champion Juan Martin del Potro 7-5, 6-3, 3-6, 6-3 to make it to the final eight for the first time at a major.

Three-time major champion Andy Murray is planning to return from hip surgery by competing in doubles at the Queen’s Club tournament this month.

The former No. 1 player says Queen’s Club is the “perfect place” to start his attempted comeback. He has won the singles title at the grass-court event five times.

Murray has been “pain-free for a few months now” and made “good progress” in practice. He calls a doubles appearance with Feliciano Lopez “the next step for me as I try to return to the tour.”

Murray’s 2013 Wimbledon title was the first men’s singles trophy there for Britain in 77 years. He also won that tournament again in 2016, the U.S. Open in 2012 and two Olympic singles gold medals.

There’s a bit of choreography on clay whenever a player disagrees with a line call at the French Open.

The ball lands. The aggrieved player winces and squints at the spot, then scrapes the clay with a racket to underline the mark. The player stands in place, hands on hips, waiting. The chair umpire clambers down to the court, speed-walks over to locate the mark, thinks about it, then renders judgment — by holding an index finger aloft to indicate “Out” or holding a palm flat to indicate “In.” Sometimes, an argument ensues.

Happens every match, it seems. More than once, usually. The whole dance can take mere seconds. Or last several minutes. Or change the complexion of a match entirely, such Martina Hingis’ infamous meltdown against Steffi Graf in the 1999 French Open final, 20 years ago Wednesday.

It’s unique in Grand Slam tennis to Roland Garros, because the other three major tournaments use the Hawk-Eye review system during matches, the way most sports have embraced this sort of thing. The thinking goes: Unlike on the hard courts at the U.S. Open and Australian Open, or the grass courts at Wimbledon, balls leave an indelible imprint on the red dirt, so let’s dispense with any technological assistance and instead just check the mark with our own eyes.

Old-fashioned? Yes. Less than perfect? Of course. Which is why some players are calling for clay tournaments — the French Open, which concludes Sunday, in particular — to make this pas de deux a relic of the past and give chair umpires and line judges some help. After all, television broadcasters often show viewers what Hawk-Eye would have determined.

Still, no one should expect a change anytime soon.

“Of course we’ve thought about it. Technology is something every sport should use, as much as possible,” tournament director Guy Forget said in an interview.

“If we don’t use it — and I don’t think we ever will — it’s … because, historically, we’ve been judging the course of a ball and where it lands on the court by the mark it leaves on the clay,” Forget said. “Would you like to have a court with no chair umpire, no linesmen, just electronic line-calling? Is that something we really want in the future? I think we’d miss something.”

The theater of it all.

A certain je ne sais quoi that makes the French Open stand apart from other majors.

“I am 100 percent for having replay. They should use it,” said Chris Evert, who won seven of her 18 major trophies in Paris. “Because of the way they sweep the lines on clay courts, sometimes you can’t see for sure if the ball hit the line or not. I also think that some chair umpires vary. They all view whether it’s in or out differently. I’m not calling them cheaters, of course, but it doesn’t look sometimes like it’s all the way out but they go, ‘Out.’”

This is not a new concern. Back in 2013, for example, Sergiy Stakhovsky of Ukraine was fined $2,000 for pulling out his cell phone during a first-round loss at the French Open to snap a photo of a mark he thought was misjudged.

But the chorus seems to be louder now, because of the perception that there have been “so many mistakes from the umpires this year,” said Borna Coric, a Croatian seeded 13th at Roland Garros.

All non-clay ATP tournaments are required to use electronic line-calling; the statistics kept by the men’s tour show that the number of calls reversed on review has been between 28-29% in each of the past five years, including in 2019. At last year’s U.S. Open, the figure for all events was 29.1%.

Could simply be a result of more and more players posting on social media when they believe a ruling was wrong.

“It’s something I’m really trying to push for, because I feel like there’s way too many controversial calls. There’s so many close calls from day-to-day, from every match,” said Denis Shapovalov, a Canadian seeded 20th in Paris. “Sometimes, just, the call is so close, it’s impossible to call it. You need a system to have justice.”

The main objection voiced by Forget and others is whether Hawk-Eye, which has a tiny margin of error, would be accurate enough on clay courts, where the crushed brick gets blown by the air or kicked around by players’ feet and covers lines. And there are, to be sure, players who are just fine with the status quo.

Usually, the discussion wraps up quite quickly, such as on the very last point of three-time major champion Stan Wawrinka’s 5-plus-hour victory Sunday, when his backhand barely landed in, grazing the outside edge of the sideline. He had to wait to celebrate.

“I was just hoping that the umpire would confirm it,” Wawrinka said. “So I was, (for) half a second, not sure.”

That’s nothing compared to the 4½-minute delay over a disputed serve during 2009 U.S. Open champion Juan Martin del Potro’s third-round win over Jordan Thompson on Saturday.

As spectators whistled derisively or jeered, the scene devolved into a sort of existential debate — best had over an espresso and a cigarette, perhaps — about, essentially, what the definition of “line” is and whether, as chair umpire Manuel Absolu posited, one can “imagine there is a mark.”