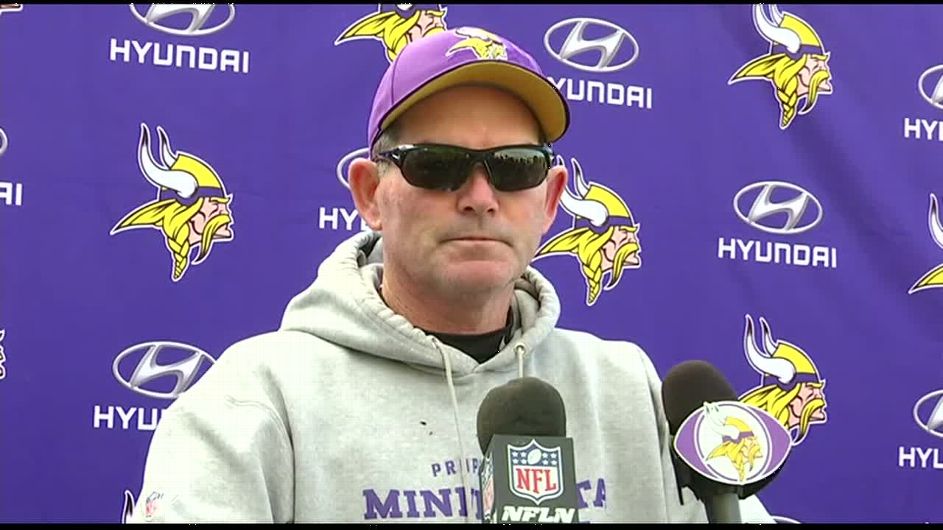 After starting 5-0 and being touted as an early contender for the NFC Championship, the Minnesota Vikings have dropped three in a row, most recently to the Detroit Lions in overtime Sunday.

All of a sudden, after a flawless start, the Vikings can’t do anything right. Their offensive line is still a tragedy, former NFL MVP Adrian Peterson is hurt, and even field goal kicker Blair Walsh cannot get anything through the uprights. At least they look better than the team that got rattled by the Philadelphia Eagles and Chicago Bears.

“I’d rather go into a fight with these guys the way they were today than the last couple of weeks,” said head coach Mike Zimmer after the loss.

A little surprising, considering offensive coordinator Norv Turner resigned after the Monday Night Football loss to the Bears last week. While opening up to NFL.com about the decision, Norv honestly felt it was best for the team.

“This is the hardest thing I’ve done in football,” said Turner. “Sometimes you feel like you might be holding them back, holding them back from things all getting on the same page. I don’t want anyone to think I was bailing. It just wasn’t working. It’s something people may not understand. It’s not me against [Mike Zimmer or] somebody else…I don’t think I could get done the things we needed to get done…It’s been building. It wasn’t going to work with me. So let me get out of the way and let them have a chance to make it work.”

I have a hard time believing for a second that Turner, who was widely applauded for his work with quarterback Teddy Bridgewater alongside his son and quarterbacks coach Scott Turner, was in any way holding this team back. Sure, with Bridgewater out for the season and Peterson struggling with injury issues of his own, the Vikings defense hasn’t been firing on all cylinders, but some of that can be chalked up to Sam Bradford’s inconsistencies.

As the team moves forward without Norv, the offense may continue to be too much of a liability for the defense to manage.