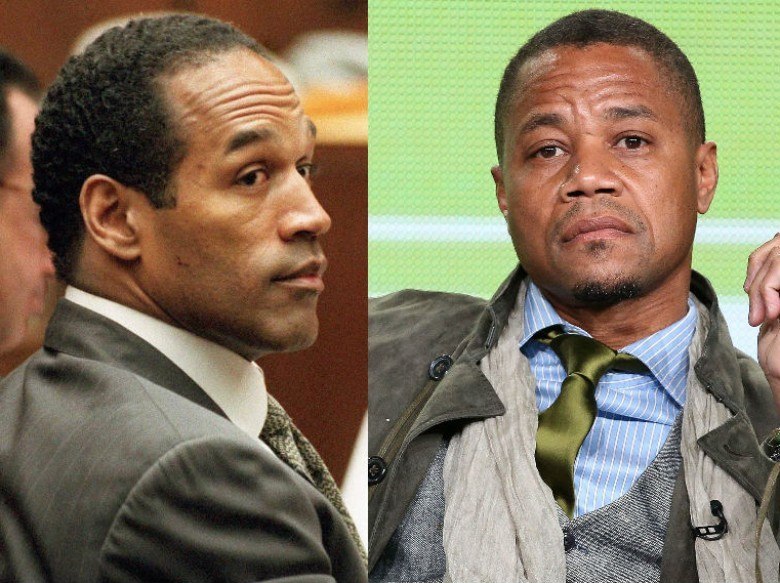 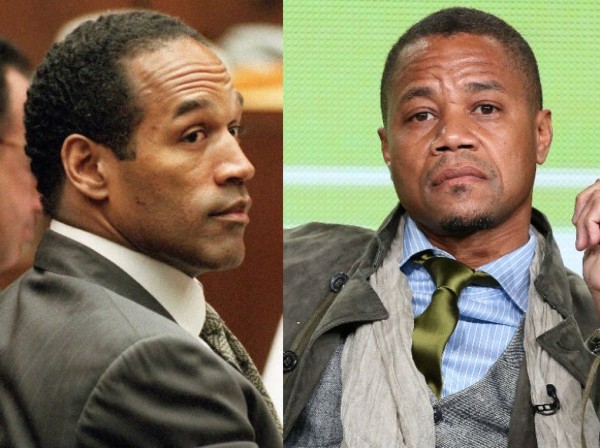 Many times, actors realize that meeting the people they are going to portray in a movie doesn’t always help their performance, and Cuba Gooding, Jr chose this route for playing O.J. Simpson in FX’s  10-part miniseries based on the 1995 murder trial.

The actor said he didn’t want to meet the former football star as part of his research for taking on the role for “The People v. O.J. Simpson: American Crime Story.”

Gooding, who would not reveal at a news conference Saturday his opinion on whether Simpson stabbed his former wife Nicole and her friend Ronald Goldman to death in June 1994, said the Simpson he needed to portray in the television film was a much different man then, swaggering and confident.

“I had no desire to visit him in his present condition, being incarcerated and being a shell of a man,” he said. Gooding said he gained weight, and it took him a month to recover from the grueling six-month filming.

The project, with executive producer Ryan Murphy and actors like John Travolta, David Schwimmer, Malcolm Jamal-Warner and Gooding, has been getting strong word-of-mouth before its Feb. 2 premiere. Based on a book by CNN’s Jeffrey Toobin, writers and producers said they worked hard to make the docudrama as authentic as possible.

Writers said they were interested in showing viewers how the seeming certainty of Simpson’s guilt in the wake of the killings unraveled during the trial.

Travolta, who played attorney Robert Shapiro, said he took four months deciding whether to take his first television role in years. He’s listed as a producer — he said it was his hedge against making sure the project wasn’t sensationalistic — but found he did little in that role.

Besides the story of a trial, “The People v. O.J. Simpson: American Crime Story” needed to reflect many undercurrents, including race relations and the nature of celebrity.

Schwimmer, who played lawyer Robert Kardashian, at one point in the film pleads with a gun-toting Simpson not to shoot himself “in Kimmy’s bedroom.” The scenes were shot in the house Kardashian and his later-to-be-famous family lived in, which “brought it home to us in a way that was really chilling,” Schwimmer said.

Both Schwimmer, in the first flush of success with “Friends” at the time of the trial, and Travolta, in the midst of his “Pulp Fiction” career resurgence, recalled the trial happening at an intense time in their own lives.

Producers and writers said they made no effort to contact people involved in the case who were still alive, relying primarily on Toobin’s book. Murphy, taking advice he said he learned from Julia Roberts when she played Erin Brockovich, advised the actors not to reach out to the people they portrayed.

Nina Jacobson, an executive producer, said she believed it took two decades for a serious film to be made on the trial primarily because people were oversaturated by the case.

“We needed time and distance to be able to come back and look at it from a character perspective,” she said.

Toobin, also a writer for The New Yorker magazine and a consultant on the film, said he found it eerie how meticulously producers recreated the courtroom where he sat for Simpson’s murder trial, down to the fabric on chairs. He was jolted by the passing of time, however, when a director asked him why he didn’t just Google some information that he didn’t know during the trial; Google didn’t exist at the time.

“This was the most famous event in American history that had never been dramatized,” Toobin said. “I’m just fortunate that I’m involved in this story, but I knew it would happen someday.”