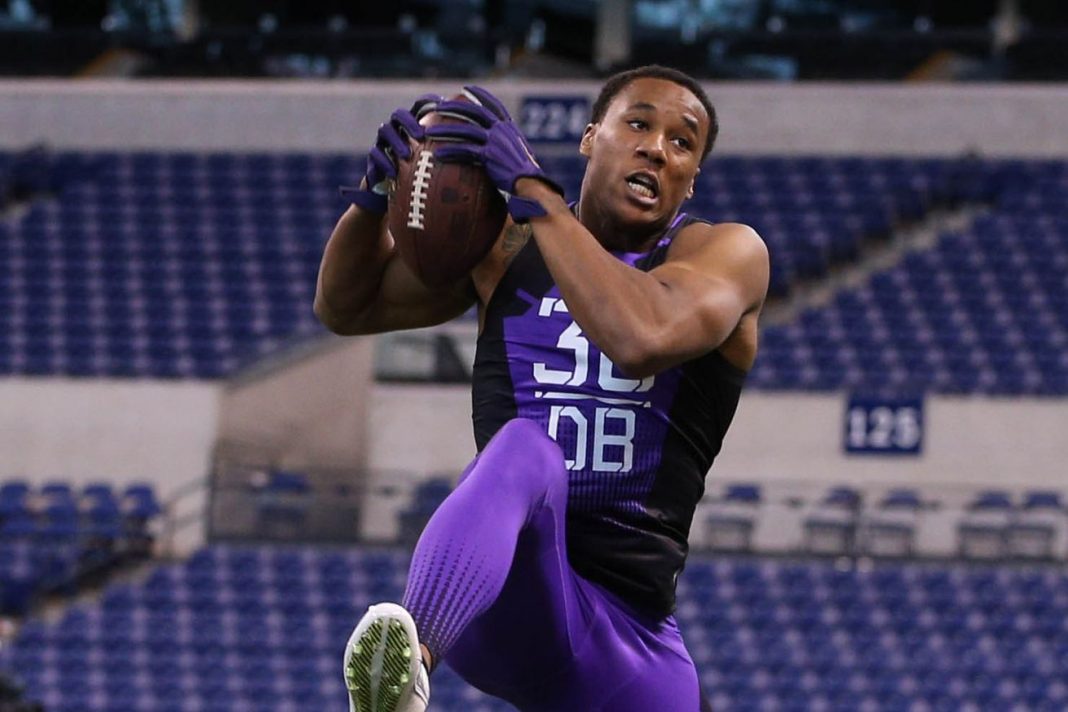 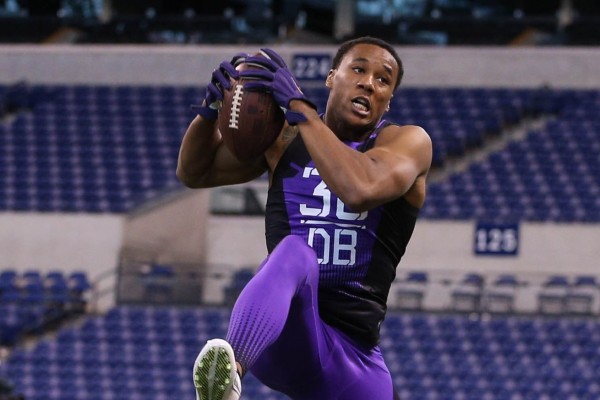 It’s so easy to fall into stereotypes these days. The wildly talented athlete, who was even more untamable off the field. The high school football star who turned to crime and drugs instead of making the leap. For every player in the NFL, there’s, at least, one kid who could have made it big but royally screwed up along the way.

Kansas City Chiefs rookie cornerback Marcus Peters, despite more than his fair share of mistakes and regrettable decisions, did not turn out to be that kid.

The high school superstar and Nike Combine MVP was one of the most dominant two-way players in the nation, excelling at both wide receiver and defensive back and leading his team to its first 12-0 season as a senior. Peters then had about as outstanding of a start to his collegiate career as a cornerback could ask for with 11 interceptions over 34 games at the University of Washington.

Then things went downhill fast. The Washington Huskies dismissed the projected first-round pick late in the 2014 season after continuous confrontations with the coaching staff. Peters was suspended for a game earlier that season for throwing his helmet and gloves on the sideline in frustration, but after a series of arguments with the coaches and missed practices, the team was fed up with their star defensive player.

“There was nothing but love and support, and that’s one of the biggest reasons it felt bad to go out on a bad tilt,” said Peters, looking back. “They gave me a huge opportunity; I made a whole lot of mistakes.”

Little did Peters know at the time, but his expulsion from the Huskies marked an important turning point in the young man’s life—the point at which he realized he was more than just a stereotype, and it wasn’t too late to turn his career (and life) around.

“I went home and sat down with my family, we talked about what happened, and the biggest thing that my family told me was you can’t make it where you were totally innocent. You’ve got to man up and take the blame for what you did, what you cost. It helped me realize some things I needed to change, some habits I had from high school. And that’s not me. I’m not that person.”

Peters also knew he would have a lot of explaining to do. Despite his undeniable talent, Peters now had to convince general managers and scouts that his ways of old would not be carried with him into an NFL locker room.

It wasn’t easy, but by accepting responsibility for his past shortcomings, Peters was able to win over Kansas City Chiefs. In fact, Andy Reid and company saw such an improvement in Peters’ attitude, that they took him No. 18 overall in the first round of the 2015 NFL Draft. Quite the drop for the top-five prospect but quite the jump for the player booted from UW’s team altogether.

“Am I angry or anything at the teams that didn’t take me? No, I’m not angry. I’m blessed that they even gave me the opportunity to come sit in front of them and to even talk about getting drafted.”

Just like that, this troubled youth was back in the game—and the rest is history.

Peters’ eight interceptions in 2015 were tied with Reggie Nelson for the most in the league, and the he didn’t allow a single touchdown between Weeks 8 and 16—and, just to remind you, he’s a rookie.

Marcus Peters is the current frontrunner for NFL Rookie of the Year, an award that only five cornerbacks have one since it began in 1967. Peters looks to join Charles Woodson as the only DB to win it within his lifetime.

“The biggest thing,” said Marcus’ father, Michael Peters, “is that Marcus just has so much passion for this game, and he wears it on his shoulders.”