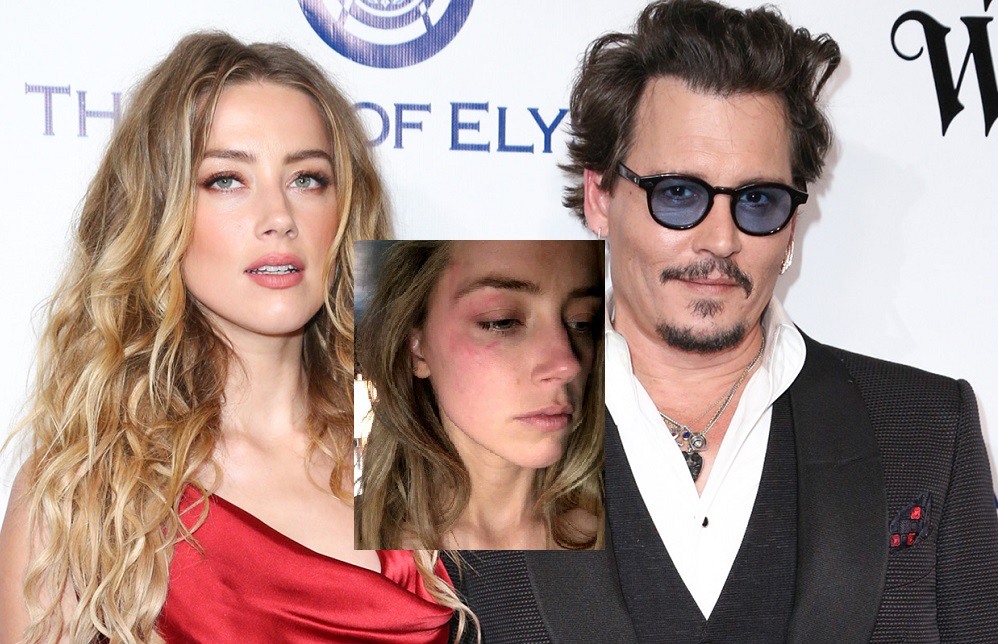 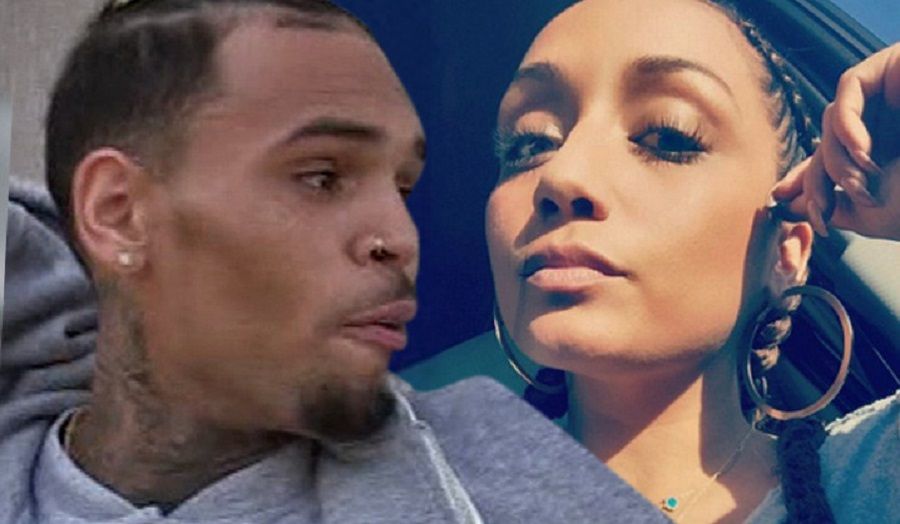 Memorial Day weekend is already starting out with plenty of hot dish to talk about. Amber Heard dropped a bombshell claiming Johnny Depp abused her physically the day his latest movie opens; Nia Guzman opens fire on Chris Brown and Troy Ave has been arrested in connection with the TI concert shooting.

Nia Guzman, the mother to Chris Brown’s daughter Royalty, has finally opened up to Latina.com about her relationship with her baby’s father.  She also spoke about some of the most public aspects of their situation and how she tries to raise her daughter not to fall victim to celebredom.

“I’m not a millionaire like daddy, so of course it is going to be regular on my side…It’s just going to take a lot of talking and just getting her to know right from right and wrong from wrong, and not be some spoiled little rich kid out here just thinking that the world is hers, and she can do whatever she wants. I don’t want her to self-destruct. I want her to be raised normal.”

Among the many things that Guzman says, including how Chris knew about Royalty a year before the rest of the world, she maintains that the whole seductive posing he complained about on social media was innocent.

“I personally saw nothing wrong with it. She always dresses like that to dance class. It was a cute picture, she had just finished the dance, she was pouting. It was a funny moment, and she was leaned back looking at me because she was totally pissed off because it was time to go.”

She goes on tot say that she doesn’t “sexualize a toddler or think of my children in any way like that. So for the backlash of that… I didn’t understand it.”

I agree Nia. I agree. 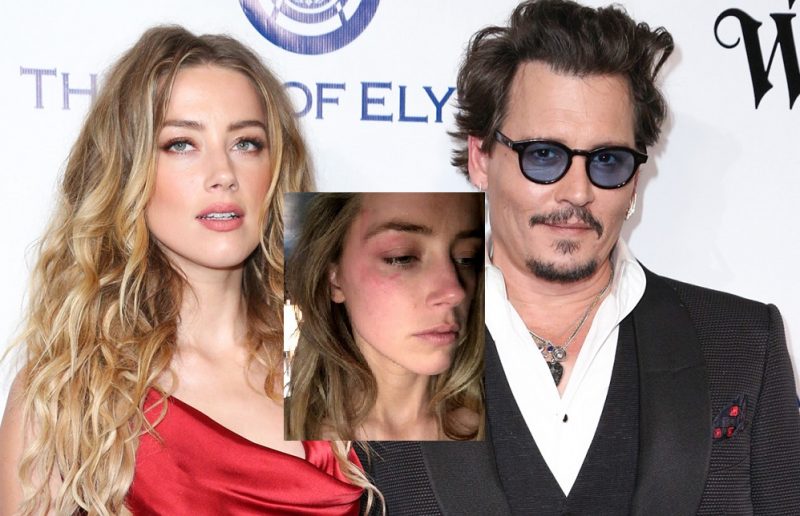 To some people, it comes as a surprise that Amber Head, 30, filed for divorce from 52-year-old Johnny Depp. I mean, it’s Johnny Depp, who wouldn’t want to be married to him? Well, it seems that things were a lot harder to deal with than most people knew.

People.com have reported that Amber not only filed for divorce, (citing the all too familiar “irreconcilable differences”), but she also filed a domestic violence restraining order against the famous actor.  A source tells PEOPLE,

“This was not an isolated event… This was only the latest incident… Amber did what she had to do to take care of herself.””

Apparently, she has photos that show bruising under her right eye and submitted the pictures into evidence as support for her claims.

Depp has been facing a lot lately. Not only does it look like he is losing his wife, but he recently lost his mother. A rep for the actor released this statement. 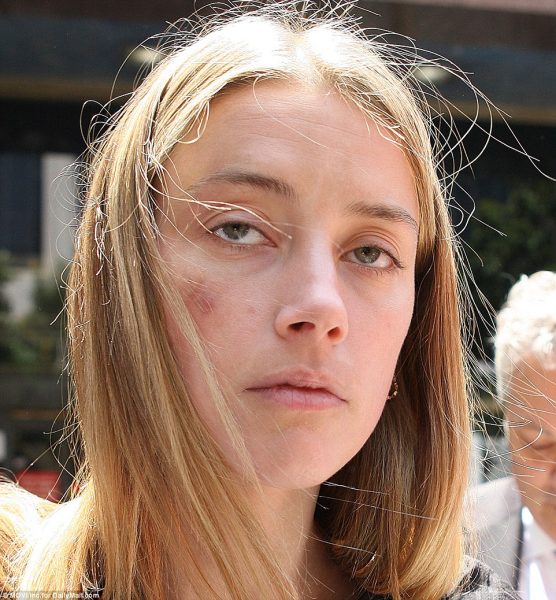 “Given the brevity of this marriage and the most recent and tragic loss of his mother, Johnny will not respond to any of the salacious false stories, gossip, misinformation and lies about his personal life. Hopefully, the dissolution of this short marriage will be resolved quickly.”

The LAPD had this to say about being called out to Amber Heard and Johnny Depp’s home last Saturday night.

“On May 21, police responded to a domestic incident radio call in the 800 block of S. Broadway. The person reporting did not insist on a report, nor was there any evidence provided by the victim that warranted a report. Officers’ investigation determined that a crime did not occur. Officers clearer the scene and left a business card. We cannot confirm that a restraining order was sought or obtained.”

The TRO is in effect until June 17, when Moor will consider whether to extend it.

This is definitely a touchy situation.

We’ll be following this story as things are just sounding a little odd. Usually, we’ll stand behind any woman when it comes to domestic abuse, but all of us here at Movie TV Tech Geeks are finding this one a little too weird for our liking. 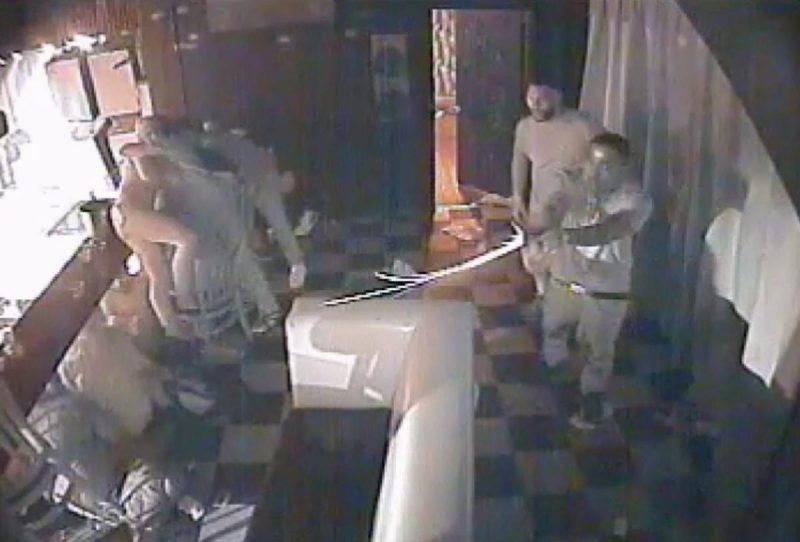 You know what they say- you can take the homeboy out the hood, but you can’t take the hood out the homeboy. Rapper Troy Ave has been arrested in connection with the deadly shooting that took place during T.I.’s concert at Irving Plaza in New York. You can see the video of the shooting just below here.

The story is all over the place as the little-known rapper is seen on video barging into the green room with members of his crew, looking for his target. He fired the weapon as bystanders scrambled for safety.  According to NYdailynews.com, he shot himself in the leg in the midst of the chaos.

He was said to be feuding with a Bedford-Stuyvesant (Bed-Sty) rapper named Maino, another act in the night’s lineup. The shooting took place right after Maino finished his set. Troy Ave fired five bullets from this 9-mm.

“Rest In Peace Bro. God bless… My heart is heavy today. Our music is intended to save lives like it has mine and many others. My heartfelt condolences to the family that suffered the loss & my prayers are with all those injured. Respectfully, Tip.”

Troy Ave has been charged with attempted murder and criminal possession of a weapon. Authorities are awaiting ballistic results to determine if he will be charged with McPhatter’s murder as well.