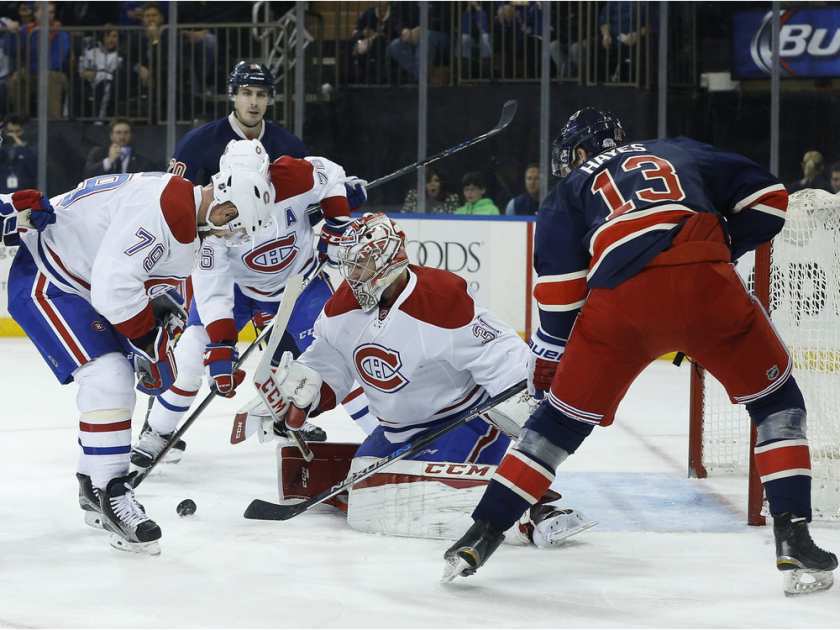 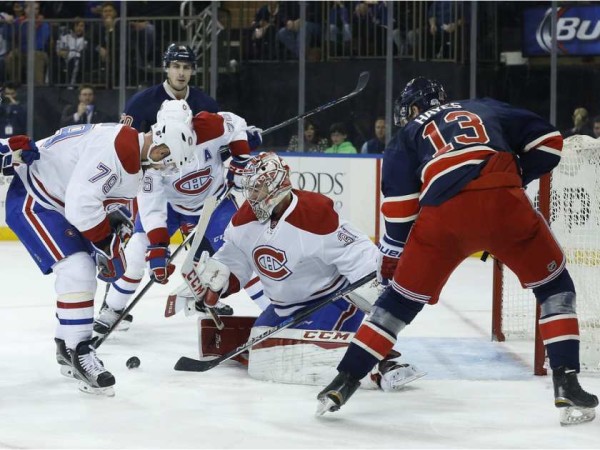 Heading into the Black Friday weekend here in late November, the top headlines in the NHL are mostly about injuries. Most notably, the Montreal Canadiens, the current front-runners in the Eastern Conference, will be without Carey Price once again. The netminder and Vezina candidate will be out for at least a week, a situation that will give Mike Condon a chance to shine in goal again.

According to a recent NHL.com article:

“Price left the game Wednesday against the New York Rangers after two periods with the same lower-body injury that kept him out of the lineup for nine games from Oct. 30 through Nov. 19…Price’s right leg appeared to bend awkwardly when he was trying to move across the crease during a sequence in the second period.”

Other injury news in the league has afflicted the Edmonton Oilers. The winners of the draft lottery earlier this year have seen their fortunes slide in the last month. Edmonton seemed to have a chance at making the playoffs a month ago as the team came together under coach Todd McLlellan. However, the Connor McDavid long-term injury has been followed by a short-term one to Nail Yakupov (ankle sprain). While McDavid will be out for several months, Yakupov is expected to be back sometime in December.

Edmonton head into this weekend as the last place team in their division. With road games at Detroit on Friday (7:30 pm ET) and Pittsburgh on Saturday (7 pm ET), it doesn’t look like Edmonton will be turning things around anytime soon.

At the opposite end of the spectrum, the current division leaders in the NHL are Montreal in the Atlantic, New York in the Metro, Dallas in the Central, and Los Angeles in the Pacific. However, the hottest teams at the moment are both Boston and Ottawa, the respective third and second place teams in the Atlantic Division behind Montreal. Boston host the Rangers on Friday afternoon (1 pm ET) while Ottawa will be in action in Glendale on Saturday night against the Arizona Coyotes (10 pm ET).

Hockey Night in Canada this weekend, as it does practically every weekend, will involve the Toronto Maple Leafs (7 pm ET Saturday). The second-last place team in the Atlantic will host the Washington Capitals in a game that should be two points for the latter. The night cap on the CBC will feature the Calgary Flames as they travel to California to take on the surprising San Jose Sharks. Not much was expected of San Jose after McLellan took the job in Edmonton. However, the Sharks are right there in the Pacific Division, just one point behind Los Angeles at the moment.

The points leader in the NHL is Patrick Kane. Chicago’s best right winger has 34 points on the season so far, enough to edge out both Jamie Benn and Tyler Seguin for top spot. Kane also leads the league in assists at the moment with 21 while Benn leads the NHL in goals with 16. Defensively it is Henrik Lundqvist who has the best stats between the pipes. The Rangers’ goaltender has a 1.94 GAA and .939 save percentage to lead both categories in the NHL.

Kane will be in action against Anaheim on Friday night (5 pm ET), Benn and Seguin will be in Minnesota on Saturday night (8 pm ET), while the Lundqvist’s Rangers, as mentioned earlier, have a Friday matinee.