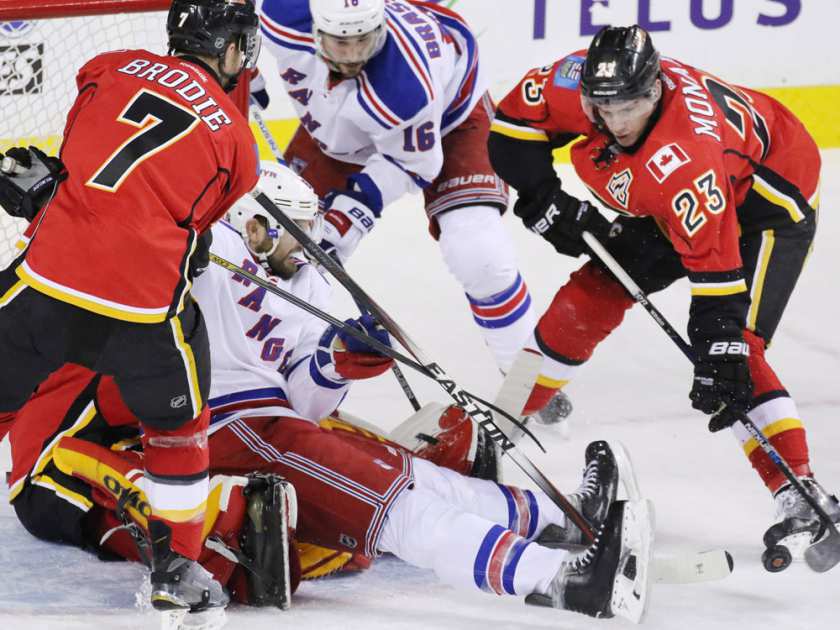 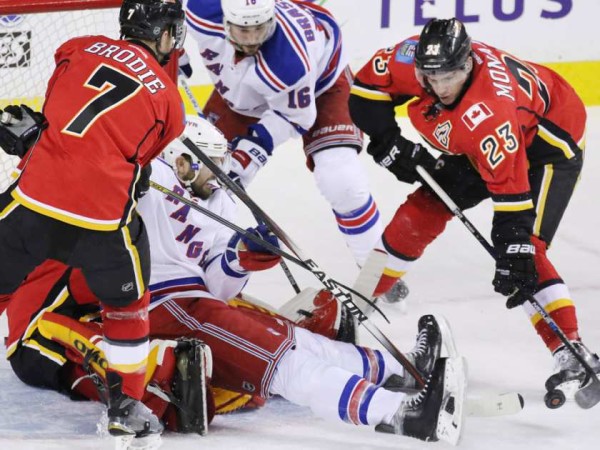 The Montreal Canadiens, the New York Rangers, and the Calgary Flames are teams that are making waves in the NHL at the moment. In regard to Montreal and New York, the waves are for the wrong reasons while Calgary fans have a lot to feel positive about as weekend NHL hockey approaches.

Montreal, once leaders in the Atlantic Division by double digits, are now a very catch-able team in the standings. Thursday night saw the Habs lose 3-0 on home ice to the visiting Los Angeles Kings, the current runaway leaders in the Pacific Division. Johnathan Quick was huge for the Kings on the road, as he posted the shutout between the pipes to help the Kings improve to 3-2 on their present road trip. Currently, with Montreal in a bit of a free fall, Boston or Detroit appear poised to take over the Atlantic Division lead. Both of those teams have games at hand over the Habs and trail by just five points before the start of play on Friday.

The Canadiens will be on the road this weekend as they head down to Texas to take on the Dallas Stars. For Montreal fans, getting Carey Price back can’t happen fast enough. The Stars, currently the betting favorites for the Stanley Cup, have been one of the most consistently good teams in the NHL so far this season. Back-up goaltending for the Habs probably won’t do the trick against Dallas at home. Accordingly, the Stars look like clear favorites to add another home win to their 12-4 home record this season in a Saturday night game that starts at 7 pm ET.

The Rangers, early leaders in the Metro Division, have already given up their division lead to the Washington Capitals. Something seemed to be amiss with New York when they went 0 for 2 in Alberta earlier this month. Last night, New York continued to struggle as they lost big-time in Minnesota 5-2. On Friday night, New York will try to right the ship in a game in Winnipeg. However, the Rangers could be a tired team when the puck drops at 8 pm ET.

When it comes to the team of the moment, it is the Calgary Flames that are turning heads around the league. The bottom dwellers in the Pacific Division just days ago, seven straight wins over the last couple of weeks have seen Calgary surge to playoff positioning. The Flames, who appear to be past the bad form that marked their start to the season, continued their winning ways on Thursday night in a game against Dallas. Playing on the road, Calgary posted a 2-goal spread against the Cup favorites.

CBC’s Hockey Night in Canada games this weekend will include the Toronto Maple Leafs. The worst team in the Atlantic Division will host the Kings as Los Angeles continue their road trip. Game time on Saturday night is at 7 pm ET with Fox providing coverage to the Los Angeles market.

Following Toronto vs. Los Angeles, the Edmonton Oilers will feature on CBC as they travel down to Denver for a game against the Colorado Avalanche. The Oilers had a bit of a mojo going on earlier this month. However, they have since hit a two-game slide. Colorado, on the other hand, are in the midst of a four-game winning streak as they look to get back into striking range of one of the top three spots in the Central Division. The Avs/Oilers Saturday night game is the late one with a starting time of 10 pm ET.