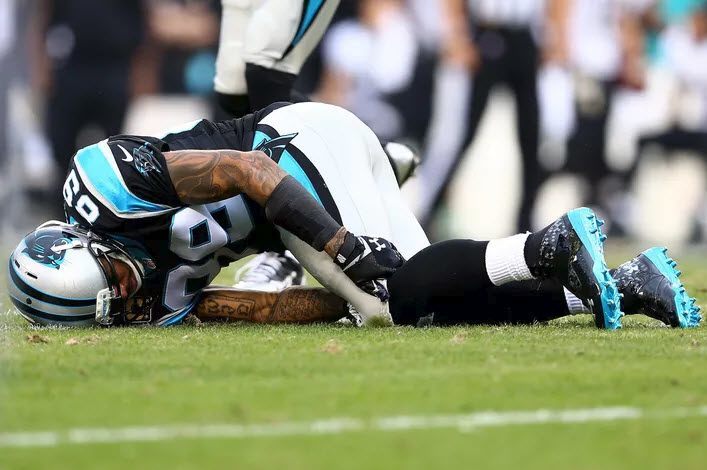 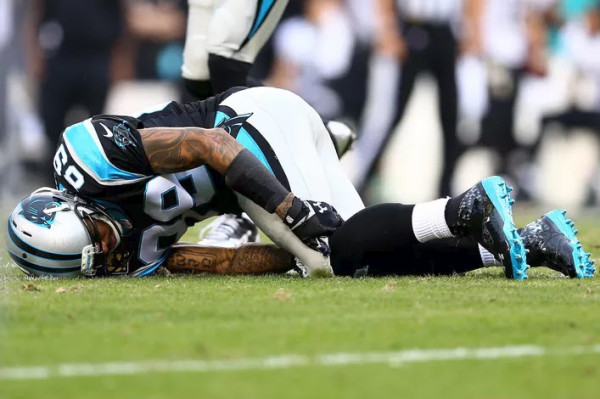 And Then There Were None: NFL Week 8 Full of Heart-Breaking Injuries

Wow. Week 8 was bad. I mean, the football wasn’t bad, in fact, New York Giants at New Orleans Saints might have been the best game I’ve ever watched. But the injuries were just horrible. The worst part of the game was a huge part of Sunday’s action. Le’Veon Bell, Matt Forte, Ryan Fitzpatrick, Reggie Bush, and Steve Smith Sr. to name a few. Let’s just take a look at a few of them:

Steve Smith Sr, WR, Baltimore Ravens: Well, there goes my favorite fantasy receiver week in and week out. 82 yards into the matchup with the San Diego Chargers, Smith went down, clutching at this foot. The 36-year-old most reliable weapon of Joe Flacco has been adamant that this would be his final season, and with a torn Achilles, we may have seen the last of the living legend.

On an up note, Smith passed Cris Carter for 10th all-time in receiving yards today. A bitter-sweet end to a career that could very well end up in Canton one day.

Le’Veon Bell, RB, Pittsburgh Steelers: Here’s the good news for those that saw the ugly injury in the Steelers-Cincinnati Bengals matchup—early reports say that the ACL is fine and that it is more likely just an ugly MCL sprain. Bell will more than likely miss a couple of weeks, however, which is horrible news for the Steelers who just got QB Ben Roethlisberger back. Bell is one of the top backs in the league, so the injury isn’t exactly great for the NFL in general.

Matt Forte, RB, Chicago Bears: Forte was able to walk to the locker room on his own, but a knee injury never bodes well for a running back. Forte has been the Bears biggest offensive asset this season (as he usually tends to be) and was averaging over 24 touches per game through last week. In other words, the Bears will have to chance nearly a third of their offensive game plan if Forte has to miss any extended amount of time.