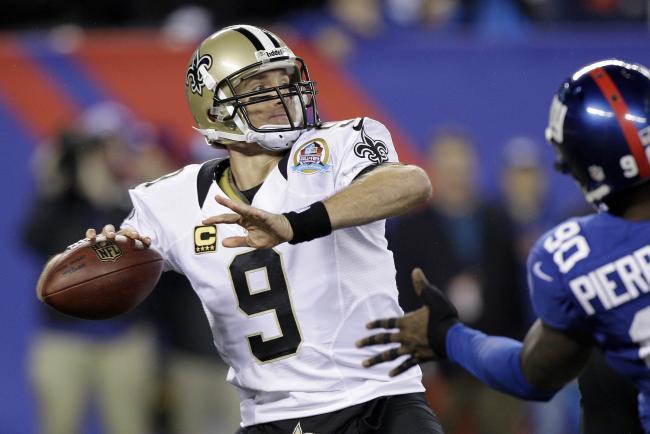 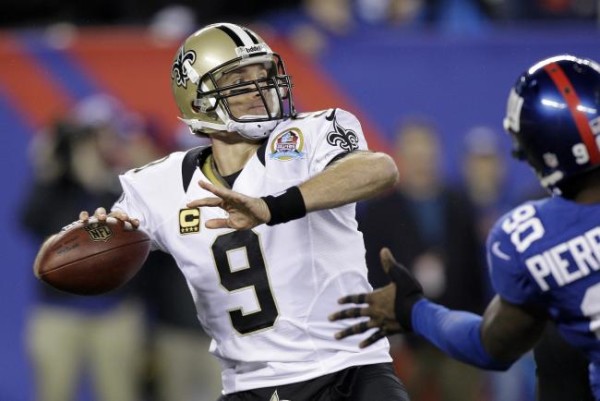 If you missed the New York Giants shootout with the New Orleans Saints on Sunday, I legitimately feel bad for you. The Saints squeezed out a 52-49 victory in one of the best, most evenly-matched offensive games of all time.

When two Super Bowl MVPs and future Hall of Famers get together, the result isn’t always this fun, but I guess having two of the worst defenses in the NFL definitely helped out. Saints QB Drew Brees finished the day with an insane 511 yards, seven touchdowns (tied for an NFL record), and one interception on 80 percent passing. Eighty. 40 out of 50.

Eli Manning may have been outshined, but not by much. Manning had a day himself with 350 yards and six touchdowns on a little over 73 percent passing.

Of course, great days for Manning and Brees mean great days for the offense as a whole. No surprise for the Giants that Odell Beckham Jr has 130 of those yards and three touchdowns. For the Saints, Marques Colston and tight end Ben Watson both turned back the clock with over 100 yards and a touchdown each.

Basically, the game was full of crazy plays, lead changes, and still a couple of defensive highlights, but the talk of the town right now is Tom Coughlin. Brad Wing’s punt with 20 seconds left set up a 24 yard Marcus Murphy return, a fumble into the hands of Willie Snead (who also had two touchdowns in the game), and then a face mask penalty on Wing which was called, uncalled, and called again. A Kai Forbath 50-yarder then won the game for the Saints in regulation as time expired.

“We kicked in a way that we should’ve had better coverage,” said Coughlin after the game when asked about his decision to punt in bounds.

To be fair to Coughlin, last time he called a punt out of bounds, it didn’t work out anyways. DeSean Jackson and the Miracle at the Meadowlands Pt. II anyone?

“It’s not as easy as you say, punt it out of bounds. We punted it for distance. We got some distance. They would’ve had five seconds left had we covered, they would’ve been beyond midfield and had one play.”

One of the greatest offensive games in league history ends on a special teams blunder.

101 combined points is the third-highest total in NFL history.