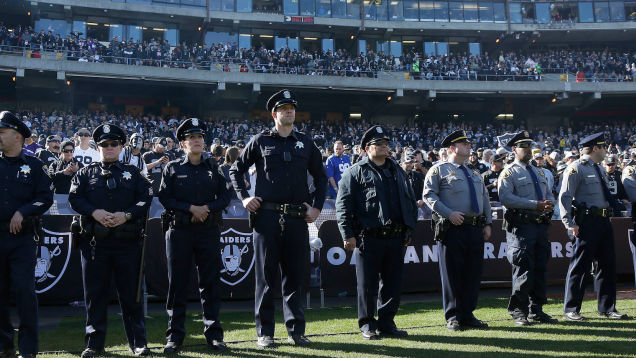 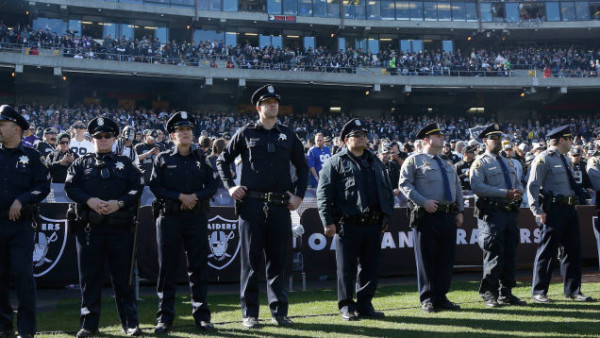 Like it or not, Roger Goodell is largely responsible for ensuring the safety of hundreds of thousands of NFL fans each week. He’s not running metal detectors or frisking Jets fans as they enter the stadium, but he does play a large role in coordinating the security efforts.

Goodell received a request from the National Fraternal Order of Police on November 20th to lift the NFL ban on concealed carry, at least for retired or off-duty police officers.

This is a tricky subject and came back to the surface after the recent terrorist attacks in Paris. The FOP believes that more trained people with firearms could help stop such an attack in an NFL stadium.

Concealed carry laws would still be specific to each city and stadium of course, but the NFL does have the power to lift the overall ban so as to open up options.

This issue is one that has been carefully planned out by Goodell and the League. Their decision to ban all concealed weapons in NFL stadiums came in 2013 after consulting many different law enforcement agencies.

“We concluded that public safety inside NFL stadiums on game days would be best-served by the carrying of firearms by on-duty officers specifically assigned to work the game as part of the comprehensive public safety plan for the event,” NFL spokesman Brian McCarthy told FoxNews.com “This approach has been certified by the Department of Homeland Security under the SAFETY Act (Support Anti-Terrorism by Fostering Effective Technologies).”

Gun issues are a touchy subject in America with mass shootings and police shootings sparking more debates than ever. To some, having more guns at an NFL stadium sounds like lunacy.

To others it seems like the safest idea ever.

How could one idea have such opposing views? It comes down to perspective. If you grew up around responsible gun owners then you likely have the belief that guns are not the issue, evil or insane people are the problem.

If you did not grow up around parents who believed in having guns for personal protection or hunting then your view is going to be skewed toward banning guns at as many venues as possible.

I belong to the first group, having received my first rifle when I was just eight years old. I can hear the gasps from the internet as I type. Yes, eight years old, but I was taught to use the gun safely. To this day I treat every gun as if it’s loaded even if I know for a fact it is empty. I also never point it in a direction that I do not intend to shoot. I’m not perfect. I just try to be as close to it with gun safety as possible since I know the damage a gun can do, even accidentally.

Do I think more trained gun owners with concealed weapons at NFL games would help stop an ISIS attack or a random nutjob that starts stabbing folks beside him? Yes I do. At the very least a lawful citizen with a gun could mitigate the damage done by such an attack.

It’s very difficult to stop a terrorist willing to blow himself up to kill others. I am painfully aware. I would just rather stack the odds as much as possible in the favor of the good guys against a mass killer.

Of course this mythical citizen hero would have to be at the right place at the right time. The same holds true for the on duty police officer at the stadium though. Cops and security guards can’t cover every square inch of a NFL venue.

More law abiding people with a weapon to protect those without a weapon could cover more ground.

For those, like Bob Costas, who think this mythical citizen hero with a gun never shows up in these emergencies, just check out youtube for example after of example of guns saving lives against criminals.

Just because I would feel safer knowing concealed weapons were allowed in NFL stadiums doesn’t mean that is the right policy. It’s a personal thing with me. With Roger Goodell, he is trying to do the safest thing for the greatest number of people.

If concealed weapons were allowed in NFL stadiums, it’s possible that a gun could accidentally go off and an innocent person could be hurt or killed. It’s also a slight possibility that one of these off-duty officers goes bananas after a few $7 beers during the game and caps an unruly fan that keeps bumping into his wife.

Goodell and the team owners have to do what they think best and have consulted the highest authorities on the subject of defending against terrorism.

I don’t see Goodell lifting this ban no matter what group makes the request. It’s just too polarizing a topic so why change the policy now? If a terrorist attack did happen at an NFL venue, most people wouldn’t blame the Commish because he banned concealed weapons.

On the other hand, if the ban was lifted and an innocent person was hurt by a legal weapon, Roger Goodell would face a storm of criticism that would he would be unable to survive as commissioner of the League.