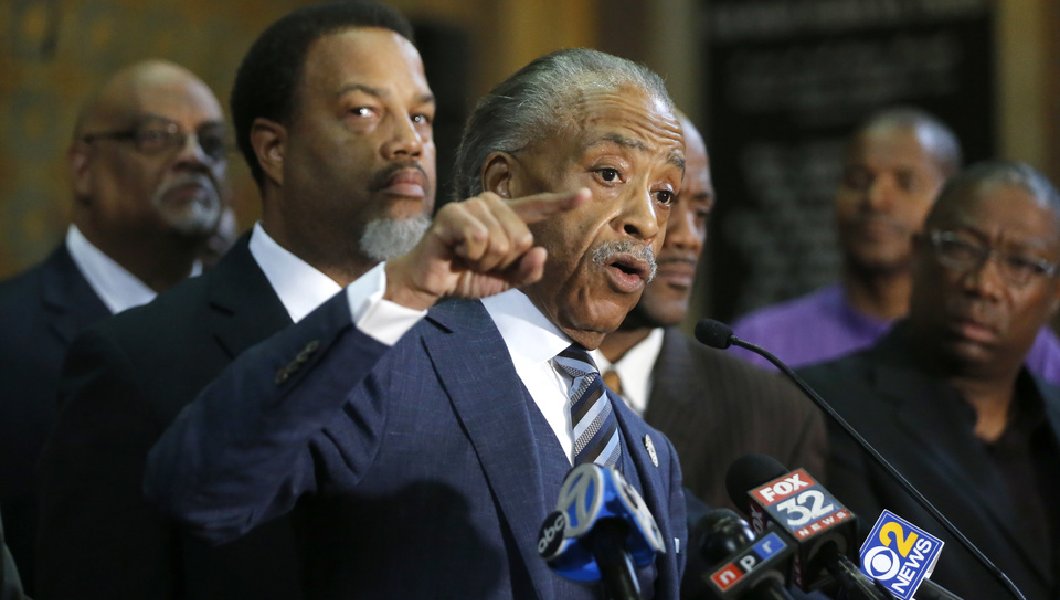 President Donald Trump has been calling on NFL owners to step in and mandate that their players stand up during the national anthem. After Week Five, it looks like the owners are starting to come around to the idea, and now things are really heating up.

Miami Dolphins owner Stephen Ross told head coach Adam Gase that all players must either stand for the national anthem or wait in the locker room while the song is being played.

Dallas Cowboys Jerry Jones made it clear Sunday that any players protesting the national anthem will not play.

ESPN anchor Jemele Hill, who previously labeled Trump a “white supremacist” on Twitter, this time took to social media to call on people to boycott the Cowboys and their advertisers after Jones’s comments.

“Change happens when advertisers are impacted,” said Hill. “If you strongly reject what Jerry Jones said, the key is his advertisers.”

Hill, I assume, didn’t go after the Dolphins because Ross has made it public that he is no fan of Trump. So, it seems that, according to Hill, it’s okay to do what Trump says, as long as you aren’t happy about it. That seems borderline hypocritical to me. The Denver Broncos, New Orleans Saints, and other teams have also mandated that their players stand during the national anthem without hearing anything from Hill. If you believe in the cause, you should treat all incidents equally.

Anyways, ESPN suspended Hill for two weeks for her second violation of the company’s social media guidelines. I also think it’s funny that ESPN suspended Hill for calling for a boycott of the Cowboys but not for calling the President of the United States a white supremacist. Regardless of your opinion of Trump, I think we can all agree that ESPN doesn’t care about the “disrespectful” aspect of Hill’s tweets, just that she tweeted about an organization (the Cowboys) which they cannot afford to anger.

My point is, this whole situation has everyone acting insane.

Now, Reverend Al Sharpton is adding to the fire by calling on people to protest ESPN and its advertisers over the suspension of Hill.

“ESPN’s suspension of Jemele Hill is an outrage and should NOT go unanswered. ESPN and advertisers will hear from us!” tweeted Sharpton.

For those of you keeping track at home, Sharpton is the fifth link in the chain:

In case you couldn’t tell, I’m completely over the whole situation. I think the players need to stand, Trump needs to stop tweeting about it, Jemele Hill needs to stop going after the Cowboys’ pockets, and Al Sharpton shouldn’t get involved. What’s next? The NBA is going to call for a protest of Al Sharpton? I mean, Good Lord.

Here’s the problem: no one remembers what Colin Kaepernick was protesting in the first place. If you asked 10 people, I bet less than 4 would be able to tell you. My problem isn’t necessarily with the protest; it’s with the fact that the manner in which he chose to protest was too controversial. Let’s get past this situation and continue the original dialogue in a civil manner?

You know who agrees with me? NFL commissioner Roger Goodell.

“Like many of our fans, we believe that everyone should stand for the national anthem,” said Goodell in a letter to all 32 teams. “It is an important moment in our game. We want to honor our flag and our country, and our fans expect that of us. We also care deeply about our players and respect their opinions and concerns about critical social issues. The controversy over the anthem is a barrier to having honest conversations and making real progress on the underlying issues. We need to move past this controversy, and we want to do that together with our players.”

Goodell went on to address the need for open discussion on these issues like I mentioned, after the league moves past the current crazy controversy.

“I expect and look forward to a full and open discussion of these issues when we meet next week in New York,” continued Goodell in his message. “Everyone involved in the game needs to come together on a path forward to continue to be a force for good within our communities, protect the game, and preserve our relationship with fans throughout the country. The NFL is at its best when we ourselves are unified. In that spirit, let’s resolve that next week we will meet this challenge in a unified and positive way.”

Can you believe that? Goodell and I actually see eye to eye on something…does that mean I’m wrong?