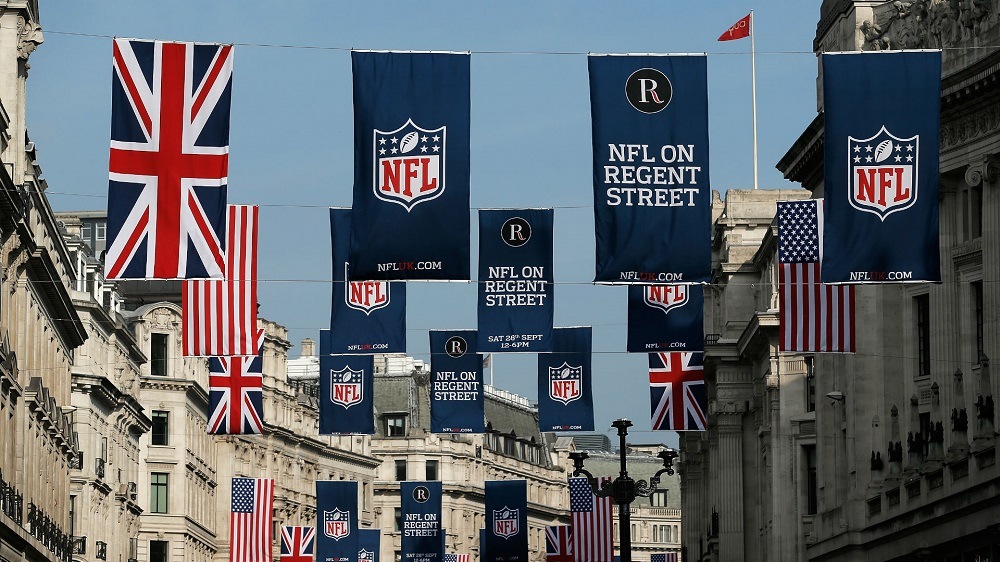 NFL May Send a Team to London Multiple Times a Year, Pushing Hard to Relocate a Franchise to U.K.

As the Jacksonville Jaguars embarrass the Indianapolis Colts for their first win in the league’s 2016 opener, the NFL announces a stronger push for football overseas.

It’s no secret that Roger Goodell and the NFL want a franchise in England, but they want it to be an owner’s idea (and investment and risk). The league intends to schedule as many diverse teams as possible in London to expose everyone to the city and the idea.

“We’re focused on getting as many teams as possible and coaches and owners and players as possible to go through the U.K. experience and play a game here, either as the home team or the away team,” said Waller before this Sunday’s matchup. “This year, we’ve added three more teams that will go through it for the first time, and we’d like to keep adding more new teams each year so that more people feel confident about the experience.”

In order to push the fat cats in the right direction, NFL Executive Vice President of International Affairs Mark Waller made it clear that he may start sending a team (most likely the Jaguars) overseas twice a year.

“Ultimately, the owners will decide,” continued Waller, “and for us it’s important that as many owners as possible have had a first-hand experience when they do come to the point where they will decide, that they can feel directly responsible, that they’ve already experienced it, and that they know what they are committing to. That’s really an important part of this to us.”

As it stands, the Jags and Los Angeles Rams have agreements in place to play in London each year. After the exodus this offseason, the Rams won’t be going anywhere. The league’s London ownership committee is targeting the Jaguars.

I understand that the league wants to grow, and international expansion is the logical move, but those trips to Europe aren’t easy on the players. And is the English market which has been long dominated by soccer actually ready to support a football franchise?

I guess that’s for the owners to decide.