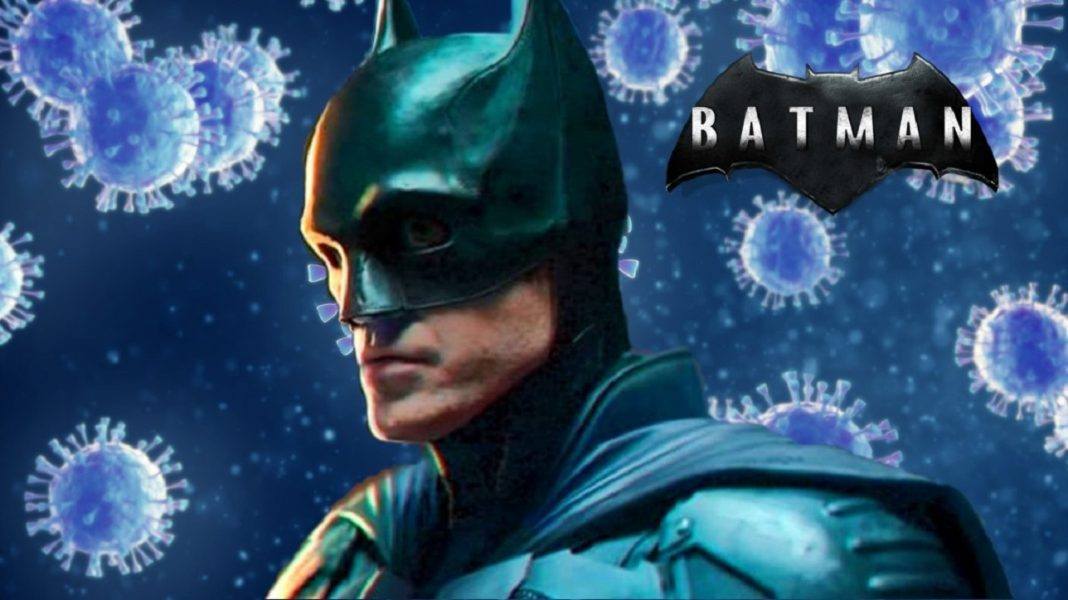 Warner Bros. is delaying a batch of theatrical releases including “The Batman” and “The Sopranos” prequel “The Many Saints of Newark.”

The studio says Monday that “The Sopranos” film will be pushed from September 2020 to a March 2021 release, while “The Batman” starring Robert Pattinson will be delayed four months to October 2021.

Matt Reeves’ film brings in a younger Batman and is intended to be noir in tone. Reeves wants to really hone in on the detective aspect of the character that hasn’t yet been fully explored in film. Robert Pattinson will be donning the cape and cowl, beating out other contenders like Armie Hammer, Nicholas Hoult, and Aaron Taylor-Johnson. Rounding out the ensemble is Zoe Kravitz as Catwoman, Colin Farrell as Penguin, Paul Dano as The Riddler, Andy Serkis as Alfred, John Turturro as Carmine Falcone, Jeffrey Wright as James Gordon, and Peter Sarsgaard as a mystery character who may or may not be Two-Face.

Many studios have shuffled release dates due to both shuttered productions and the closure of movie theaters to prevent the spread of the coronavirus.

This year also lost the Will Smith drama “King Richard,” which has been moved back a year to November 2021, and a biographical drama about Black Panthers activist Fred Hampton set for August which now has no release date. “King Richard, “focuses on the role tennis legends Venus and Serena Williams father, Richard Williams, played in the sporting successes of his daughters, has been moved from November 25, 2020 to November 19, 2021.

Baz Luhrmann’s yet-to-be-titled Elvis film that Tom Hanks was shooting in Australia when he and Rita Wilson tested positive for COVID-19 was delayed a month to November 2021.

The studio has not abandoned summer 2020 entirely, however. Warner Bros. still has Christopher Nolan’s “Tenet” dated for July 17 and “Wonder Woman 1984,” which was pushed back from June, for an Aug. 14 theatrical release.

And one film even moved up on the calendar: The DC superhero film “The Flash” is now expected in June 2022 instead of July. “Shazam 2” now has a release date set for November 4, 2022 after being pushed from its original April 1, 2022 date.

Not surprising that when being shut in at home, NFL fans would be desperate to see anything football related. This, in part, is why the NFL’s virtual draft turned out to be a success even if many felt it was dry and dull.

Seth Markman was just as nervous as NFL coaches and general managers about the unknown factors involved with a virtual draft. But the ESPN executive producer said he was overwhelmed with how everything came together over the three days.

It also ended up being must-see TV as the first significant live sporting event since the coronavirus pandemic ground everything to a halt. The draft averaged a record 8.4 million viewers over all three days, according to the NFL and Nielsen. The previous high was 6.2 million last year.

“I thought a coach or general manager might put a towel on the camera or point it another direction, but there were zero issues,” Markman said. “There were a couple times that we lost a feed or two, but it quickly came back.”

After early concerns about how the NFL could conduct a virtual draft, everyone appeared to end up having fun with it. Coaches and general managers embraced their children or spouses being on camera and draft picks got to watch from home comfortably instead of waiting in a green room.

Even normally stodgy New England coach Bill Belichick got into the spirit of things by giving his dog, an Alaskan Klee Kai named Nike, some television time.

“I thought coaches and general managers were going to lock themselves in a room and it was the opposite. Every time I looked up there was more family around,” Markman said. “I think it speaks to the coaches that when this is done, they can remember it is OK not to be in the office at all times.”

Miami coach Brian Flores, who was shown celebrating picks with sons Miles and Maxwell in his office, said it was important for fans to see another side of him.

“When I think about being a coach, you want to help players become good players but good people, good husbands, good fathers, good sons; and I think we, as coaches, need to be good examples of that,” said Flores, whose young daughter, Liliana, at times sat on his lap. “I think that was evident. It was nice to see everyone’s families.”

Below are the highlights of NFL Draft:

TOO UP CLOSE AND PERSONAL?

The biggest criticism of ESPN/NFL Network’s coverage was that discussions too often were focused on the personal tragedies in each prospect’s life, which ended up dominating the telecast at times. The storytelling and off-the-field stories are a huge part of ABC’s coverage the first two nights while many expected ESPN to stick more to the X’s and O’s.

Markman said they have seen feedback on social media and that it is something they will evaluate in the future in order to strike the right balance.

“Our intention is in some cases talk about and celebrate the obstacles these kids overcame in an amazing moment. If that’s not coming across as well that is something we need to look at,” he said. “Our company puts a huge emphasis on storytelling. We don’t go as in-depth on the human stories on the ESPN coverage, but we do need to self-scout a little more. If three straight kids are picked who have overcome huge obstacles, we have to be disciplined in our approach so that it doesn’t take too much of a turn.”

When Tee Higgins was selected in the second round by the Cincinnati Bengals, the ABC broadcast discussed his mother’s battle with drug addiction and how she was an inspiration to the Clemson wide receiver. Her addiction was listed on an ESPN graphic without any additional context on that broadcast. Markman said that shouldn’t have happened and that ESPN apologized to Higgins.

Higgins said on Twitter he had “no problem with them showing the world that my mom is a true fighter.”

Analyst Todd McShay was to participate on television before he announced Thursday that he wouldn’t take part because he was recovering from the new coronavirus. McShay was supposed to be part of ABC’s telecast the first two days before moving to ESPN for the final four rounds.

“He has been focusing on his recovery. His mind should be on that and not on last-minute draft preparations,” Markman said. “Our top priority is the health and safety of all of our employees.”

Despite being spread out throughout the country, there were very few instances of analysts talking over one another, which Markman credited to his directors keeping everyone informed of what was happening.

Due to the quick-moving nature of Thursday’s first round, there weren’t many interviews with players. Markman said by the time players were done celebrating with their families and got into position to be interviewed, they already had the next selection. Interviews still took place but were distributed on ESPN and NFL digital channels, as well as some airing on ABC.