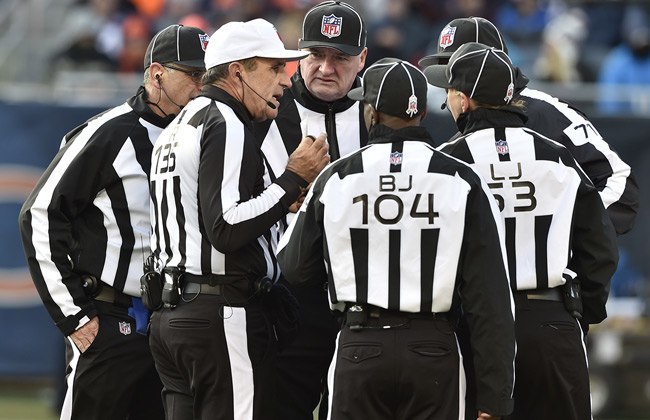 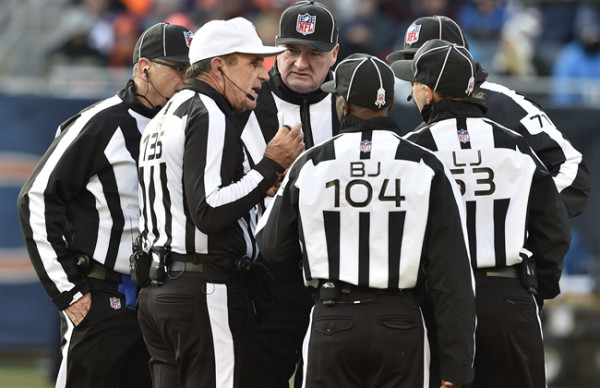 The hardest part about being an NFL player in 2015 must be holding your tongue on the refs (or opening your mouth and checkbook). The zebras seem to blow at least one game a week, and until now the league and VP of Officiating Dean Blandino have made very little effort to change anything.

The NFL announced this week that the main office New York command center will play a larger role in clock management, penalty yardage, and maintaining the correct down—you know, things that 99 percent of Americans watching don’t screw up but refs still manage to.

Okay, I shouldn’t rag on the league too hard. Roger Goodell and company got it right here trying to correct the issue at hand.

“The committee feels strongly that giving the referee and Dean the ability to consult with each other in certain situations beyond instant replay will further support officiating in the playoffs,” said Rich McKay, Atlanta Falcons president and competition committee chairman. “The officials do a very difficult job exceedingly well, and we think this adjustment in the playoffs will make them even better.”

“Exceedingly” may be a bit of an exaggeration this season. That’s kind of the whole reason for the rule change. Blandino won’t listen to the nation on this one either.

To be fair, as the man responsible for preventing officiating breakdowns, Blandino would be putting himself on the hot seat by saying anything else.

Nonetheless, we’ll still have to see how this plays out. I do like the idea of focusing all of the league’s resources on one game at a time, but this isn’t a regular season solution. On top of that, there’s really no guarantee that communication with NY will work or even run smoothly. Why don’t we test it out in a game or two a week before the playoffs?

Then again, I’m trying to apply logic to the NFL’s front office. So instead, I leave you with the timeless advice of Mr. Roger Goodell:

“If fouls are occurring, they should call more fouls.”