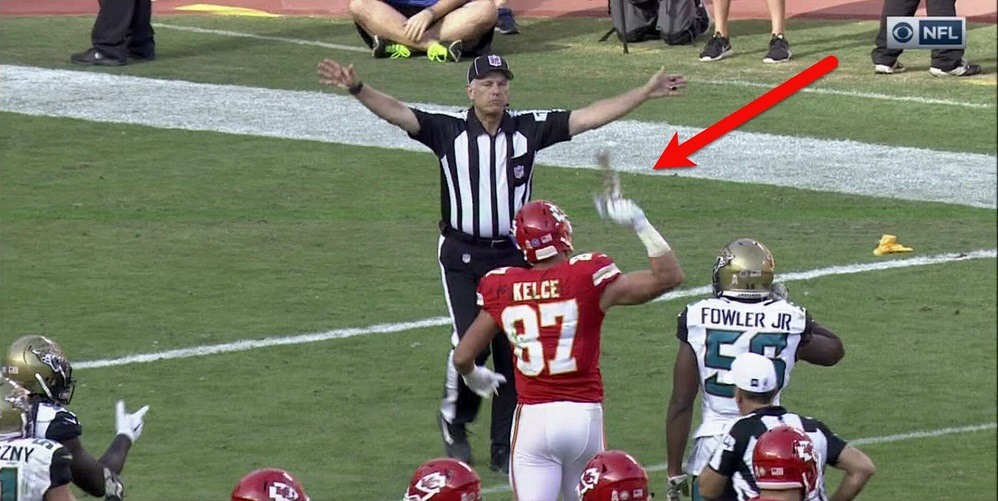 As part of the NFL’s reaction to last season’s embarrassment of a game between the Carolina Panthers and New York Giants in which Josh Norman and Odell Beckham Jr. went after each other every play drawing multiple personal fouls, referees are looking to eject players who act up, especially for fighting or unsportsmanlike conduct.

Week Nine saw three ejections, as Cleveland Browns center Cam Erving and Dallas Cowboys defensive end David Irving earned early showers for their fight in the first quarter. Nothing like ODB and Norman or even some other fights, but Jeff Triplette (who is responsible for five of the league’s ten ejections this season) decided to boot them both.

Kansas City Chiefs tight end Travis Kelce was also kicked, but his was a lot more fun. After a clear pass interference was not called, Kelce blew up on the official, drawing an unsportsmanlike conduct flag. Kelce then threw a flag of his own (his towel) at the ref. The official threw his hat in the air to signify another penalty.

“I knew when the ref took off his hat I was done,” said Kelce after the game. “I can’t do that to my teammates, to the fans, to myself. It was a terrible decision. You have to learn from it. That’s a guaranteed touchdown if I get my hands on it. That’s where the frustration comes in. Close game, I’d been kind of quiet during the game. We finally get some momentum, and we get it yanked away, and we don’t get the call for it. I just lost it.”

While Kelce’s answer was very professional and won’t add to the fine he’s sure to receive, he missed a golden opportunity to say something about how the refs deserve to have a flag throw on themselves every once in a while.